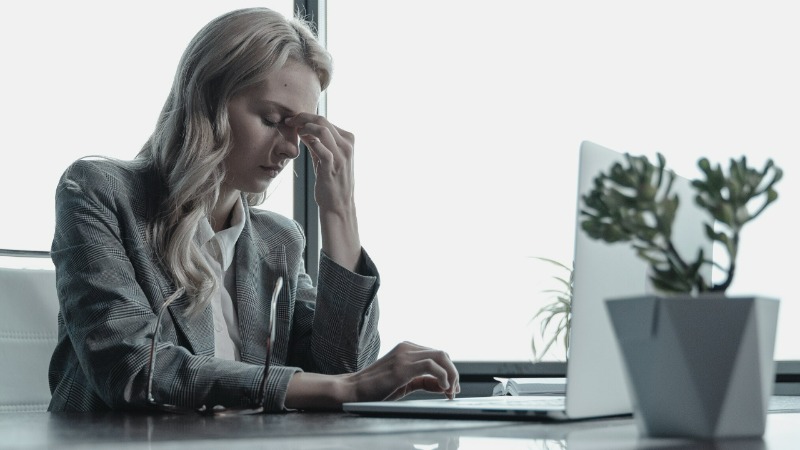 Employers’ lack of support for menopausal symptoms is pushing ‘highly skilled and experienced’ women out of work, with knock-on effects on the gender pay gap, pension gap and the number of women in senior leadership positions.

In a new report published today, the cross-party House of Commons women and equalities committee calls on the government to act, amending the Equality Act to introduce menopause as a protected characteristic, and to include a duty for employers to provide reasonable adjustments for menopausal employees.

The MPs also say the government should remove dual prescription charges for oestrogen and progesterone as part of Hormone Replacement Therapy (HRT) nationwide, replacing it with a single charge for all women.

The average age of menopause is 51, with perimenopause often starting years earlier. With 4.5 million women aged 50-64 currently in employment, the report emphasises the scale of the problem facing ‘individuals, the economy and society’. Women experiencing at least one problematic menopausal symptom are 43% more likely to have left their jobs by the age of 55 than those experiencing no severe symptoms, while research by BUPA shows that 900,000 women experiencing the menopause have left work.

Significant progress could be made to reduce the flow of women forced out of work, says the report, by appointing a new Menopause Ambassador who would produce model menopause policies and disseminate good practice, in collaboration with employers, unions and other stakeholders.

The report also addresses the significant barriers women face in obtaining an initial diagnosis of menopause or perimenopause. The current postcode lottery determining access to specialist care is, say MPs, ‘unacceptable’, and necessitates a specialist menopause service in every Clinical Commissioning Group (CCG).

MP warn that stigma, a lack of support and discrimination play key roles in forcing menopausal employees out of the workplace. In a survey of over 2000 women commissioned by the committee, 67% reported ‘a loss of confidence’ as a result of menopausal symptoms and 70% reported ‘increased stress’. Despite this, only 12% of respondents sought any workplace adjustments, with 1 in 4 citing their worries about an employers’ reaction as their reason for not doing so.

While waiting for the roll-out of a digital prepayment certificate, which would allow patients to access 12 months’ supply of HRT for a single prescription charge of £18.70, many GPs are unaware they can issue an interim paper prescription, meaning many women are paying more than they should for vital HRT. There have also been severe shortages in supply, with the government recently issuing a ‘serious shortage protocol’.

MPs urge the government to launch a consultation no later than the end of 2022, exploring how to introduce menopause as a protected characteristic, as with pregnancy or maternity. It is ‘anomalous’ that menopause is not currently included, given all women will experience menopause.

They also say the government must launch public health campaign on the process, along with enacting Section 14 of the Equality Act, which would allow claims based on combined discrimination, for example sex and age.

The report also urges a the appointment of a Menopause Ambassador to be tasked with helping to introduce model workplace policies covering how to request reasonable adjustments, advice on flexible working and sick leave, and building a supportive culture.

Chair of the women and equalities committee, Caroline Nokes MP, said upon the report’s publication: “Menopause is inevitable. The steady haemorrhage of talented women from our workforce, however, is not. Stigma, shame and dismissive cultures can, and must, be dismantled. It is imperative that we build workplaces- and a society- which not only supports those going through the menopause, but encourages some of the most experienced and skilled workers in our economy to thrive.

“The omission of menopause as a protected characteristic under the Equality Act is no longer tenable, given that 51% of the population will experience menopause. We were shocked to hear that many women have to demonstrate their menopausal symptoms amount to a disability, to get redress.

“Menopausal women have been mocked and maligned for too long. It is time that the government seizes the opportunity to enact change. It is time to support, and celebrate, these women.”