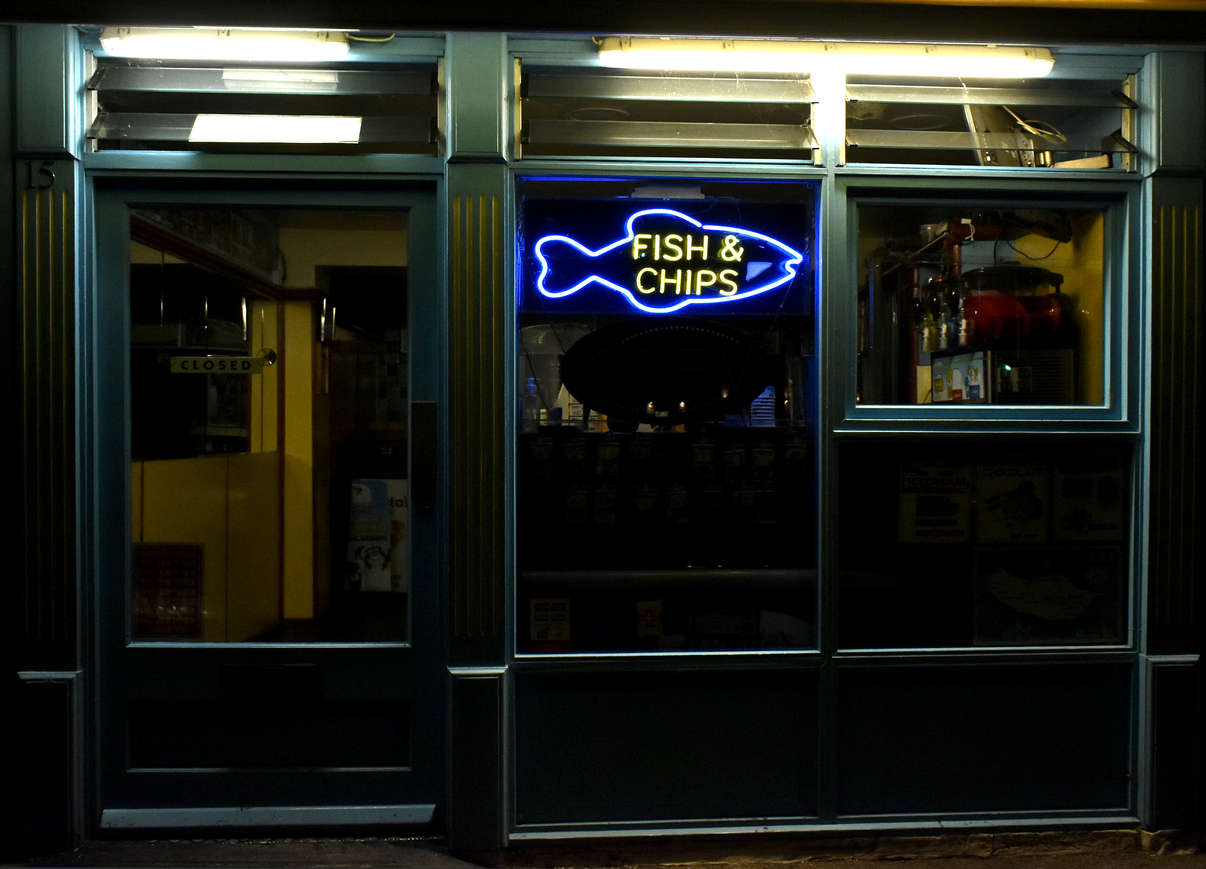 Could sanctions push Britain’s chippies down the pan?

So vital did he see the role of fish and chips in national harmony, that British governments refused to ration the iconic dish throughout both world wars. The classic meal, thought to be the inheritance of Sephardic Jewish immigrants to London’s East End from as far back as the 1600s, was even used as a code name by British paratroopers during the D-Day landings.

Regardless of the eruption of evermore exciting and exotic dining options on offer in modern Britain, we are still putting our money where our mouth is when it comes to fish and chips. In 2019, the UK population forked out an average of £1.2 billion annually on the meal, with 22 per cent of Brits visiting a fish and chip shop at least once a week.

Yet despite Britain’s domestic propensity for the dish, it is hundreds of thousands of Russian seafood imports that keep its fish and chip shops afloat.

However, it seems hefty sanctions against Russia following its invasion of Ukraine- a conflict already sending fragile global prices soaring- could see the UK’s iconic meal go somewhat down the pan.

Mid-march, the government announced that UK imports of Russian whitefish would soon be slammed with a hefty 35 per cent tariff, however, it is unclear when this will be officially rolled out after yesterday’s announcement that the sanctions would be postponed.

Yet a Defra spokesperson told politics.co.uk that the government “are imposing the most punishing sanctions ever on Russia following its unprovoked and illegal invasion of Ukraine,” regardless of whether they plunge Britain’s chip shops into the deep end. They stressed that the government still “intend to introduce a 35 per cent tariff on imports of whitefish from Russia, subject to further work on the specific implications for the sector”, and that they “continue to speak with the industry body, the National Federation of Fish Friers, and other sector representatives about potential pressures as they navigate any changes.”

Recent UK wrangling aside, whitefish prices have already risen by 75 per cent since last October, with US sanctions on Russian produce are set to push up the price of fish exported from elsewhere.

While the government claims it wishes to “cause maximum harm to Putin’s war machine while minimising the impact on UK businesses”, the hospitality industry’s reliance on foreign whitefish means it will be impossible to negate all impacts on both businesses and consumers.

Throughout 2020 the UK imported 430,000 tonnes of whitefish, almost half of which were from Russia. Although the UK also landed 47,000 tonnes of cod and haddock in the same year, most of this was exported. According to the National Federation of Fish Friers (NFFF), Russia controls almost half (45 per cent) of world whitefish supplies. Between 40 to 60 per cent of whitefish consumed across the UK is imported from the regime.

Nor is it just the raging conflict in Ukraine that threatens to hike prices for fish and chip shops up and down the country. From April 1 the VAT rate on hospitality will be raised back to 20 per cent after being temporarily slashed to 5 per cent in June 2020.

Disruption to seed cooking oil exports, of which both Russia and Ukraine are responsible for a combined majority of UK imports, also threatens Britain’s favourite fried pastime. While traditional chippies use beef or lard dripping for frying, shops across southern and eastern England- and increasingly across other parts of the UK- generally use rapeseed or other vegetable oils.

Kim Matthews, commercial director at packaging firm Edible Oils, told the BBC this week: “At the moment, Ukrainian farmers should be sowing the seeds now for the harvest in October and November. Clearly, that’s not going to happen… we’re probably going to miss the season so we could be impacted for 12-18 months.”

Gary Lewis, president of the National Edible Oil Distributors’ Association has admitted that: “prices for rapeseed oil have risen 50-70 per cent since the attack,” adding that: “there’s a limited supply to cover all this demand so some shortfall will be expected.”

Industry expert UKHospitality estimated cost inflation for the sector at 18 per cent at the end of March, with recent business surveys estimating that the industry faces a shocking 95 per cent energy bill hike across the board, alongside, a 19 per cent jump in labour costs, and a 17 per cent surge in food costs.

NFFF president Andrew Crook, who runs the Skippers of Euxton fish and chip shop in Chorley, Lancashire, stressed the combination of pressures on the industry, telling politics.co.uk that: “We are experiencing price rises across the board but fish is currently grabbing the headlines. These are down to post-pandemic inflation on the whole, but we are just starting to see the effects of the conflict on cooking oil prices.

While accepting that “it is difficult to control market forces,” Crook said that “the [government decision to] return to 20 per cent VAT is putting further pressure on businesses and the spring statement left most of my members in a state of despair as they feel nobody is listening. Businesses with no cash reserves are in real trouble in the short term and others, with a bit of money in the bank, will soon burn through it so action is needed now.

“I think long term we need support to encourage consumers to be a little more adventurous when it comes to seafood as we need to spread the burden across more species and we would certainly work with the government on that,” he went on.

Other organisations have highlighted that it is not solely economic pressures, but environmental ones, that could soon batter Britain’s chippies. Clara Johnston, fisheries policy manager at the Marine Conservation Society, who has this week released updated sustainability ratings for UK fisheries, said: “For a thriving industry, future food security and the health of our ocean, it’s crucial UK Governments seize the opportunity posed by the Joint Fisheries Statement and new Fisheries Management Plans to fix our fisheries.”

The group’s new analysis finds that there are 5 cod stocks found in the waters around the UK, all of which are suffering from the effects of environmental degradation or unsustainable fishing – or both. The group says the inability to demonstrate sustainable fishing practices is preventing UK cod and other fish and shellfish species from entering the UK supply chain. They are calling for new and more sustainably-minded fisheries regulation, which it says could reduce reliance on imports.

Whatever the nature of sanctions decided upon, it is clear that Britain’s fish and chip shops have a lot to wade through in the coming weeks and months. Even if British sanctions on Russian whitefish are delayed indefinitely, rising operation costs and floundering consumer confidence will surely leave a chunk of Britain’s chippy owners swimming against the tide to keep their businesses ticking over.