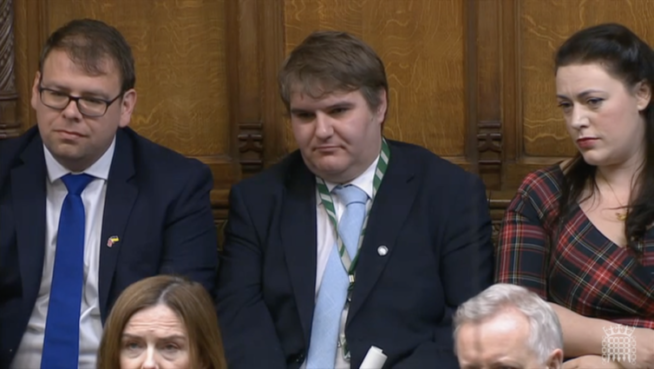 Anne-Marie Trevelyan says Boris Johnson “wants to support” Jamie Wallis’ decision to come out as trans, despite receiving criticism for an “insensitive” joke on the subject at a Conservative party dinner this week.

Speaking to Sky News’ Kay Burley, the trade secretary said the PM is “genuinely proud and affectionate and wants to support Jamie and his decision to share with the world his choice to present himself as trans”.

The night before Wallis’ announcement, Johnson held a dinner event for Conservative MPs in London, where he said to attendees: “Good evening, ladies and gentlemen, or as Keir Starmer would put it, people who are assigned female or male at birth”

When asked by Burley if the comments were “insensitive”, Trevelyan said: “All of us who know the prime minister know he has a very, very warm and affectionate personality.”

The UK’s trade secretary added the prime minister and party are united by Wallis’ decision to go public with his gender identity.

“We are incredibly proud of Jamie taking on what will by definition as a public person, be a lot of commentary about his choice, and I think that’s incredibly brave”, she added.

Labour’s shadow chancellor said: “If you are a woman, as you and I are, we share certain biological characteristics we can name the different bits of the body if you like, and that is what makes you a and me women.

“But there are also people who were born a different gender, who go through the gender recognition process and want to be identified as women. I don’t want to exclude those people”.

Commenting on Wallis’ announcement, Reeves stated: “These weren’t the things that are being debated even when I became an MP 12 years ago.

“It is important that a spotlight is shone on some of these issues and the terrible experiences that people like Jamie Wallis, and many, many others are going through”.