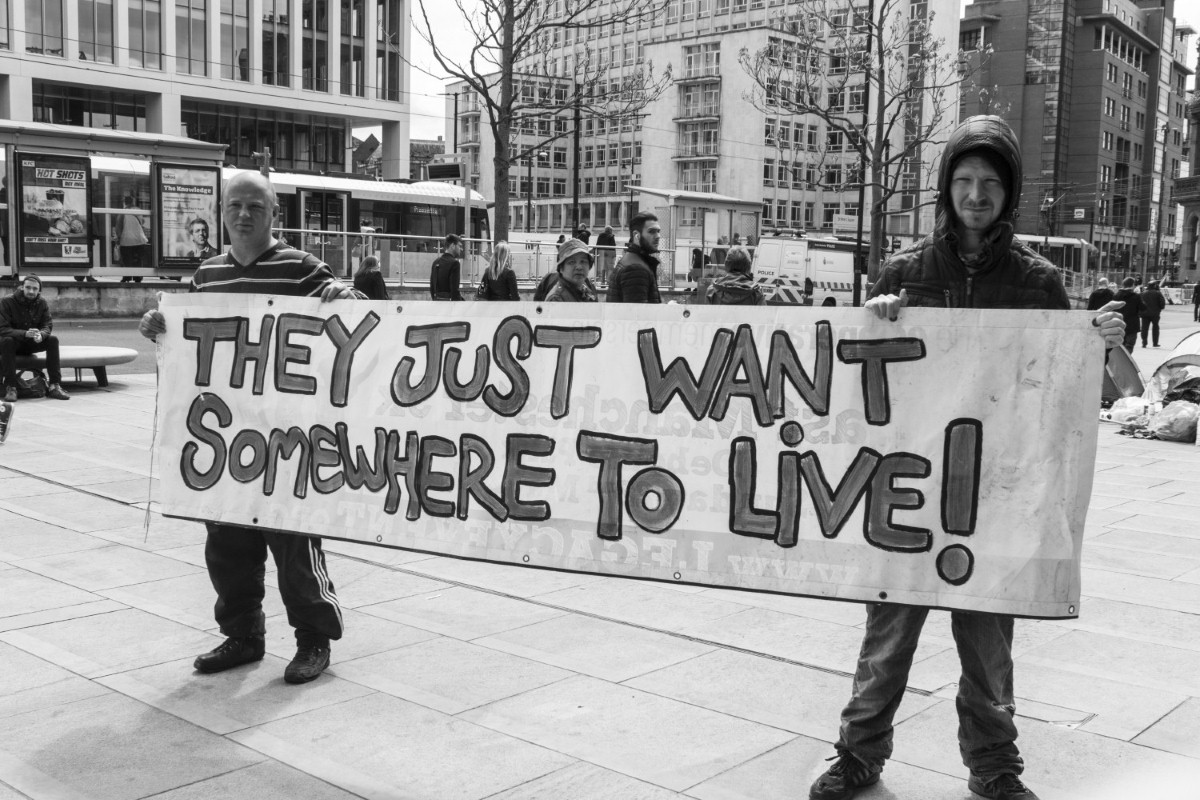 Manchester council opens up empty buildings for the homeless

Manchester city council will be opening up a number of empty buildings to be used by rough sleepers from next month.

The move comes just weeks after ex-footballer Gary Neville allowed a number of homeless people, who occupied an empty property he owns, to stay there over the winter.

A former library and children's home will be the first of a series of buildings to be opened up as homeless shelters. Together with other spaces recently opened by the council there will be a total of 165 extra bed spaces available.

"We've spent months working on plans to open up empty buildings across the city to make sure nobody has to sleep rough on the streets this winter," councillor Paul Andrews said.

In recent months, the issue of homelessness has become impossible to ignore in Manchester with numerous homeless camps being set up in prominent locations around the city.

One of the camps, the Ark, was set up close to Manchester Metropolitan University and had a sofa, a kitchen area, cleaning products and a generator allowing the homeless people to watch television.

The council was criticised over its treatment of rough sleepers after it banned people from sleeping in tents in the city centre in protest over council policies. It went to court to have many of the camps shut down.

Since 2010 the number of people facing homelessness across the UK has soared and 'tent cities' have begun to spring up in other towns and cities.

"While providing shelter and a roof over their heads is obviously a good start, what's really important is working with charities, faith groups and our own homelessness services to make sure the right help is available," Andrews said