Boris Johnson is "seriously considering" standing for a third term as mayor of London, he has told friends, despite promising only to serve two terms in the job.

Johnson is widely expected to stand to become an MP in advance of a challenge for the Conservative leadership.

He has also repeatedly promised that he would not serve longer than eight years in City Hall.

However, uncertainty over the general election result and repeated calls from aides for him to stand as mayor for another four years instead, are believed to have given Johnson doubts.

Johnson has previously told colleagues he is "not sure I could win" a record third term as mayor.

However, recent polling of Johnson's potential successors has buoyed those in favour of him standing again.

A recent YouGov poll found that just 12% of Londoners picked the leading Labour contender for the job, Tessa Jowell, while 60% said they favoured none of the potential runners or didn't know which they preferred.

Johnson by contrast maintains approval ratings of around 60% and has far greater name recognition than any of the Labour candidates thought to be in the running.

The London mayor has repeatedly promised to serve a full term at City Hall, which would rule out his departure before May 2016.

He is also rapidly running out of time to secure a seat for next year's general election.

His supporters for the leadership insist he could remain as mayor for the last year of his term while also becoming an MP.

However, those backing his third term at City Hall say he would be in a better position to secure a seat in advance of the next general election but one in 2020.

Johnson recently set out a long wishlist of new infrastructure projects he wants to implement in the capital.

City Hall insiders believe he could be persuaded to stand as mayor again if he is promised greater powers and the fiscal independence to implement these by the current Conservative leadership.

Johnson is under pressure to decide one way or another by the time of the Tory party conference next month.

The Evening Standard recently published a front page splash urging him to "make your mind up" and pick a seat.

Seats still up for grabs include Uxbridge in West London, due for selection soon. 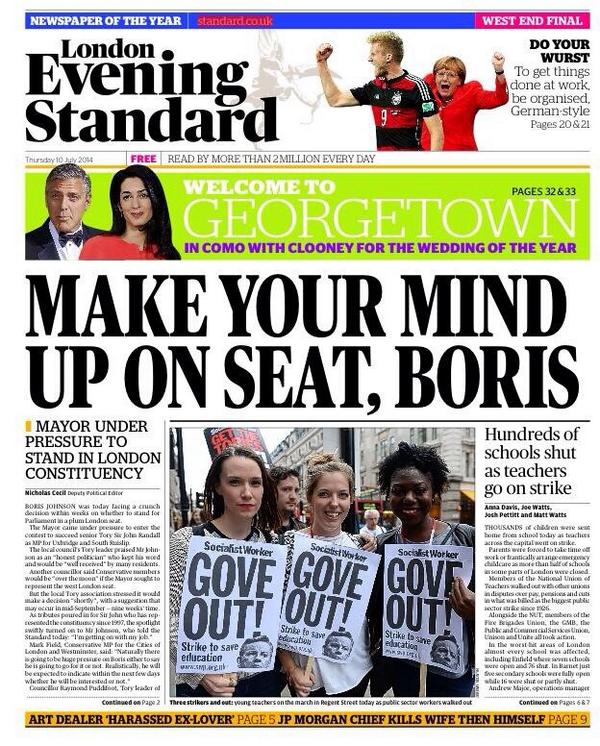 16:03, 26 May Prominent Conservative backbencher expresses ’embarrassment’ over windfall tax 15:26, 26 May Nicola Sturgeon refuses to appear before Scottish Affairs Committee   14:25, 26 May Less than half of Conservatives think Sunak is ‘doing well’ 14:00, 26 May Liberal Democrats slam ‘Sunak scam’ as taxes set to rise by £22.4 billion 13:15, 26 May Businesses operating in China and Hong Kong ‘complicit’ in ‘evil’ of human rights abuses, says MP
More