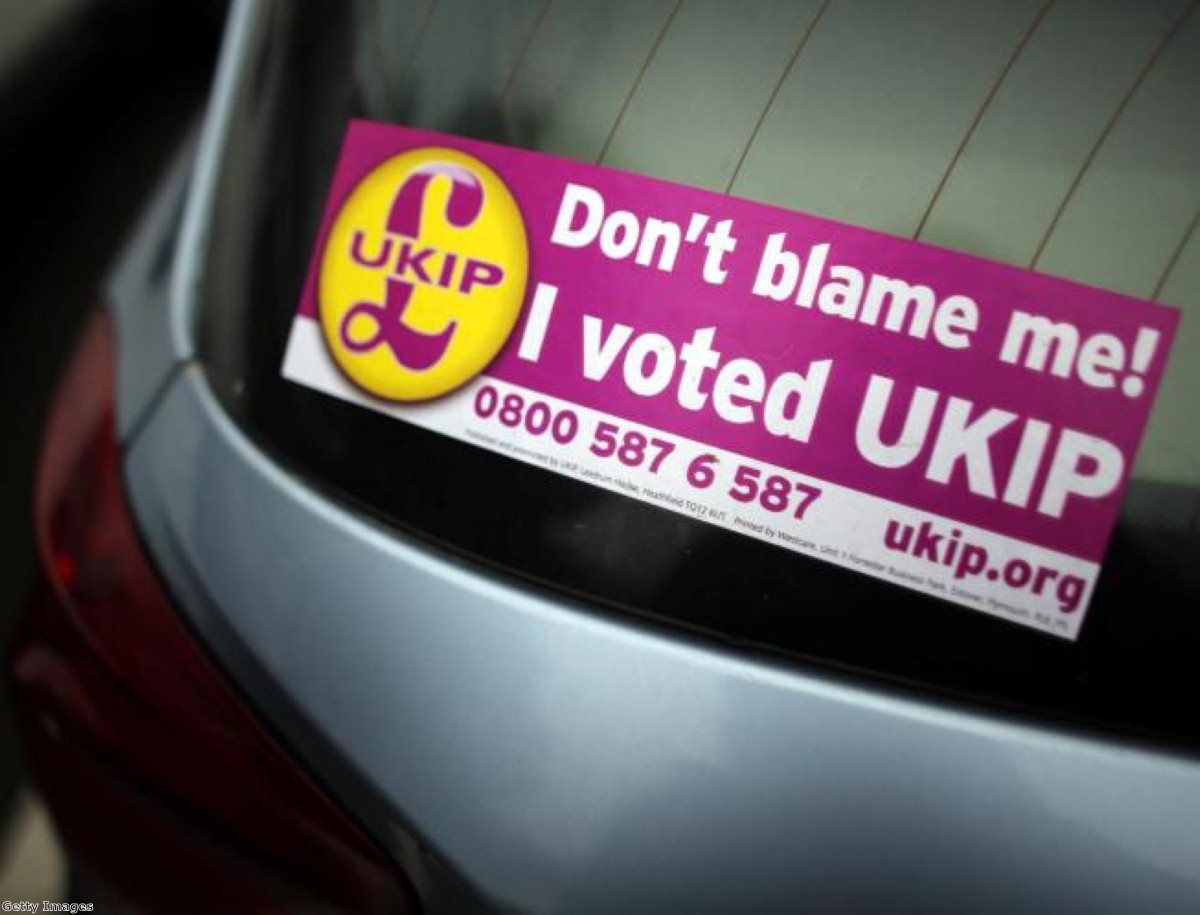 A prominent Asian Ukip member dubbed a "rising star" by Nigel Farage has quit the party in protest at its fierce anti-immigrant rhetoric.

Sanya-Jeet Thandi, a member of the party's youth wing who was put forward to defend Ukip on Channel 4 News recently, said she thought the direction of the party was "terrifying".

"Ukip has descended into a form of racist populism that I cannot bring myself to vote for," she wrote in the Guardian.

"Ukip is straying further and further from the policies that attracted so many of its original supporters, instead cynically pursuing ever more aggressive anti-immigrant rhetoric."

Thandi singled out the EU election poster showing a large hand pointing at the reader with the words: '26 million people in Europe are looking for work. And whose jobs are they after?'

"The above poster epitomises where the party is going wrong," Thandi wrote.

"This anti-immigrant campaign undermines Ukip's claim not to be a racist party. They are turning the election into a game of 'us' and 'them'. Well, I am with 'them'."

The article comes just days after Farage tried to dispel suspicions of racism by appearing on stage alongside several black and Asian candidates.