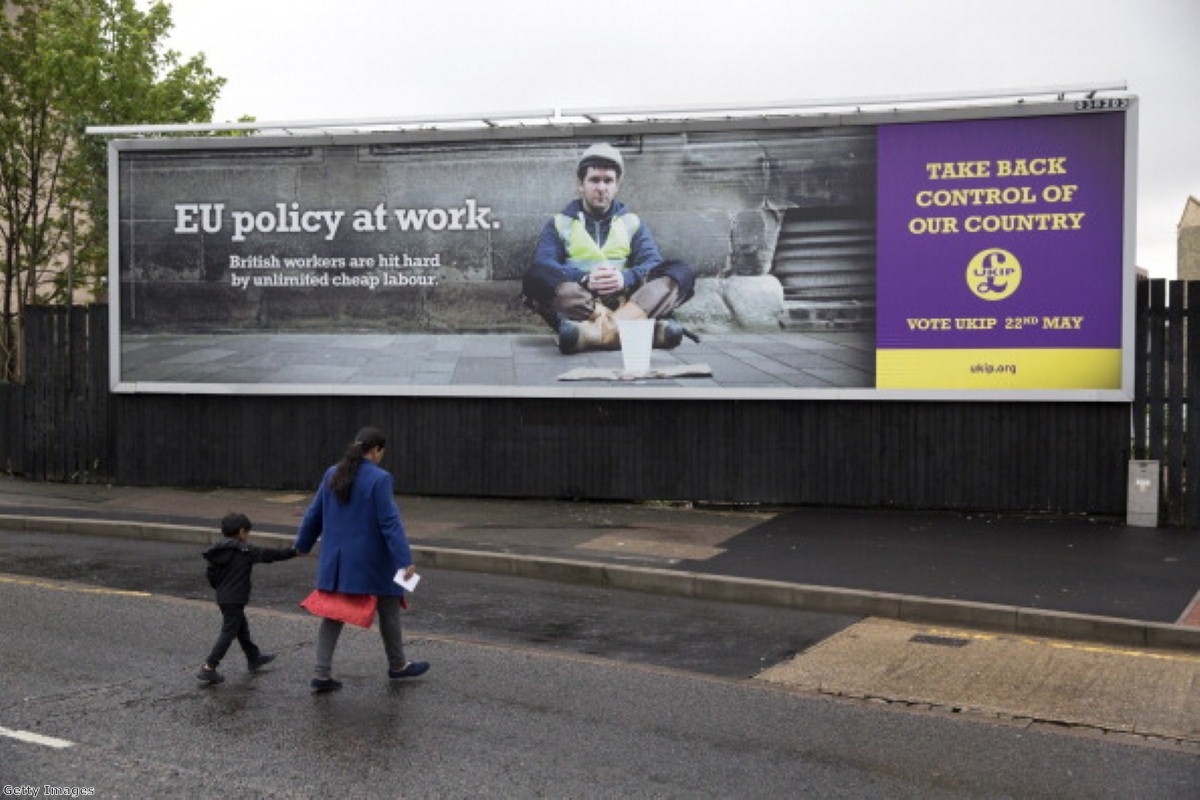 Ukip's poster campaign suggesting that builders are being forced out of work by immigrants was looking shakey today, after the building industry reported a widespread shortage of skilled workers.

However, according to a new survey by the Federation of Master Builders (FMB) one-in-four building companies are now struggling to recruit enough bricklayers, site managers and supervisors.

One in five firms also reported a shortage of plumbers and carpenters.

Ukip have sought to capitalise on suspicions that European labourers are making it hard for British construction workers to find employment.

However, the FMB's 'State of Trade' survey found that overall employment of builders was up five per cent in the first quarter of this year with employment of specialists up 29%.

The boom in construction has meant that many firms are even reporting a shortage of bricks and other construction materials, with some firms waiting up to eight months for new orders.

"If this problem continues, SME house builders may be forced to build with alternative materials such as render or risk stalling sites for the rest of this year," FMB chief executive Brian Berry said.

The new figures come as Ukip seek to fight off accusations of running a "racist" campaign for the European elections.

A cross party-group, this week launched a campaign accusing Farage of 'Euracism'.

"Ukip's campaign needs to be exposed for what it is, a racist campaign," fomer Labour immigration minister Barbara Roche said.

Ukip leader Nigel Farage dismissed the claims yesterday, saying that it "shows an astonishing lack of awareness of what voters are concerned about."

Writing in the Independent, he accused the other parties of double standards.

"What is it about Ukip that makes it racist for us to talk about migration, but not the other parties? Could it be because we’re not part of their club? It smacks of a cartel, trying to restrict entry into the market for new competitors. And I think it’s one which will backfire on them."