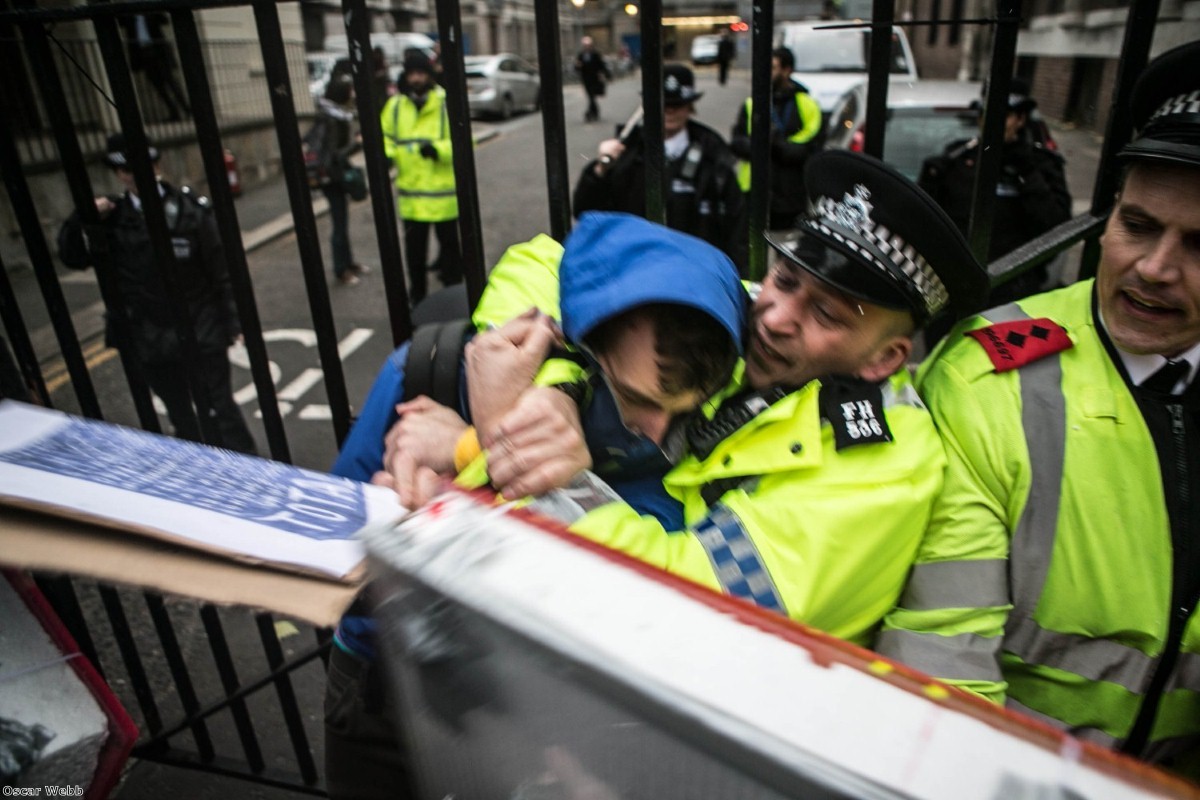 Police were accused of heavy-handed response to student protests today, after a wave of arrests and violent confrontations met a demonstration in London.

The action came as the University of Sussex suspended five students for "persistent disruption" following a string of protests, triggering accusations of a crack down on freedom of speech.

London was the scene of at least 34 arrests last night, including two journalists, after police kettled and later attacked protestors campaigning for an end to police presence on campus.

The disruption, which took place around the Euston Square area where several University of London campuses are located, came after a violent eviction of students occupying the university the previous evening.

There were accusations of a heavy-handed police response at both situations, with videos emerging which appeared to show an extensive use of batons, police punching demonstrators in the face and officers throwing women onto the ground.

Oscar Webb, editor of London Student, spent the night in a jail cell and was bailed early this morning.

"I was there in a journalistic capacity," he told Politics.co.uk.

"I had my press card with me. I'm a full member of the NUJ [journalist's trade union].

"On Gower Street I was photographing some people and a kettle surrounded me.

"I tried to get out. My press card was on display all the time but the police said no.

"I said to the commanding officer, 'I'm press'. He indicated that I was being arrested.

"It was kind of bizarre.

"I was in the cell from about 7pm until 5am. It makes you question your civil liberties as a journalist if you can just be arrested.

Webb is a student at UCL, but his bail conditions stipulate that he cannot go to the university or Senate House.

Meanwhile, local MP John McDonnell is planning on taking the University of Sussex to task for the suspension of five students following a series of protests.

University bosses claim they are acting to stop "violence, intimidation" and "serious disruption", but demonstrators say it just a censorious response to a long protest campaign against the oursourcing of campus jobs.

A 54-day occupation in the spring ended with violent scenes and arrests before a second occupation, which ended earlier this week.

The five students are barred from entering campus until their disciplinary hearing early next year.

Around 500 students and lecturers protested yesterday against the suspensions.