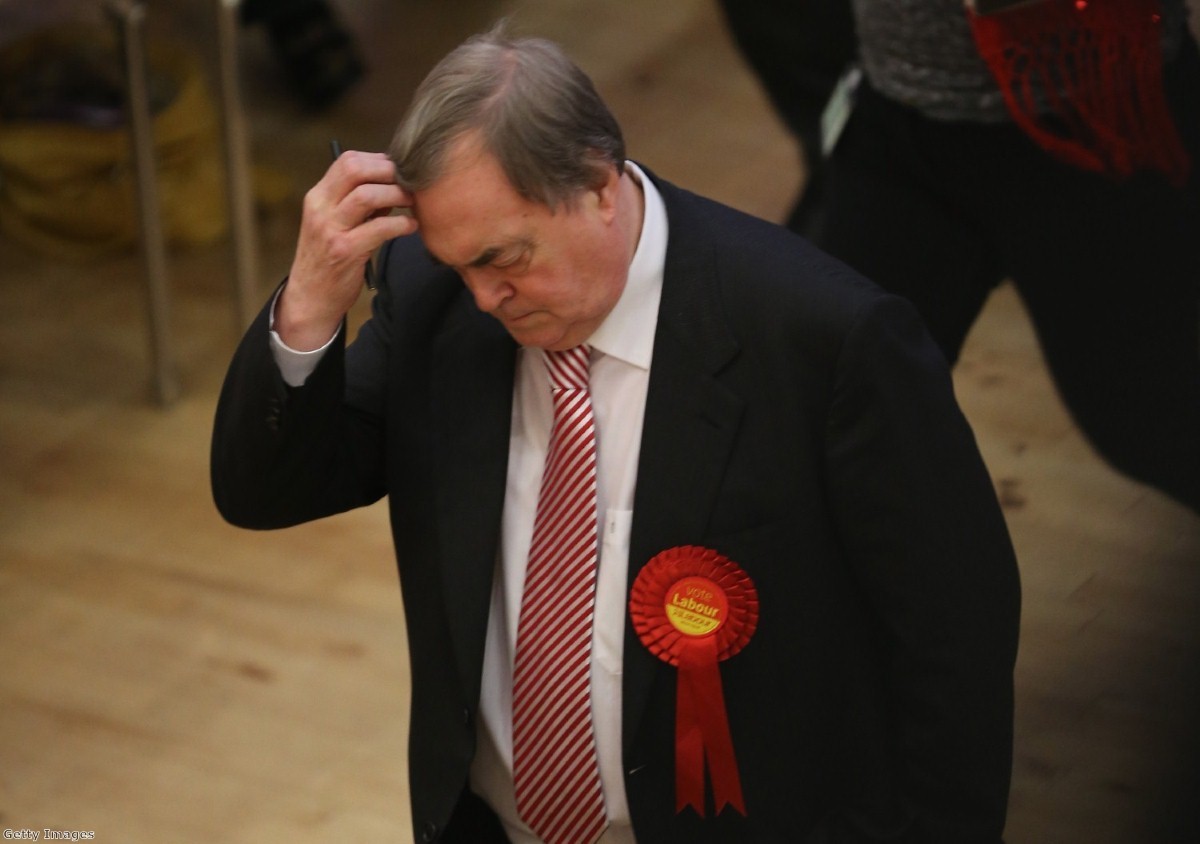 Police commissioner elections have returned several independents on a low turnout, delivering a message of distrust for mainstream political parties.

The result was reinforced by a particularly strong showing from Ukip in the Corby byelection, with the eurosceptic party coming in third place, well ahead of the Liberal Democrats.

Labour won the seat with an impressive 12.8% swing from the Tories – the first time they have taken a seat off the Conservatives in a byelection for 15 years.

"Holding this seat today was crucial to David Cameron's credibility, that's why the Conservatives threw everything at it," winning candidate Andy Sawford said.

"This result is a damning verdict on David Cameron's betrayal of the British people."

Louise Mensch, who triggered the byelection when she stood down to spend more time with her family in New York, took the blame for the disastrous result.

"Though I had to resign to unite our family, there was large & entirely understandable local anger," she tweeted.

"I wish I had been able to see out my term."

In Bristol, which was the only city to demand an elected mayor in last year's referenda, independent candidate George Ferguson won.

"Looking as if it is congratulations to George Ferguson for becoming our first elected mayor," local Lib Dem councillor Tim Kent tweeted.

"We must all work together now."

In total, at least seven independent candidates  won the post of police commissioner, including in Hampshire and the Isle of Wight.

Former deputy prime minister John Prescott lost his fight in Humberside to Tory Matthew Grove, in a major humiliation to the party grandee which also constitued a significant black eye for Miliband.

"The people have spoken," he said in his loser's speech.

"The voter turnout has been disappointing. I don't think that is an easy thing to live with."

Turnout was extremely low across the board, with an average of 15% turnout in the commissioner elections.

In one ward in Newport, not a single voter turned up to elect a police commissioner.

The turnout was a damning sign of disapproval of one of the Conservatives flagship law and order policies. It will spark a bout of navel-gazing among government figures, who had refused to fund the kind of free mail shots to voters which are used during local council elections.

Conservative MP Conor Burns tweeted: "I suspect we will live to regret creating these Police Commissioners. I regret voting for the Bill."

Downing Street said the low turnout was a result of a London-centric media and reflected the fact the elections were a new development.

"My prediction is turnout will be much higher next time round," Cameron told the BBC.

"[Police commissioners] have a mandate but remember they're replacing organisations that weren't directly elected at all. It takes time to explain a new post."

Democracy groups were livid at the government's handling of the elections.
"We cannot let the government pin this on a 'difficult first election'," said Electoral Reform Society chief executive Katie Ghose.

"Not content with repeating past mistakes they decided to throw in a few new ones for good measure. No amount of spin can conceal the historical proportions of this failure."

Ukip MEP John Bufton called on home secretary Theresa May to resign in an open letter.

"I have grave concerns about the legitimacy of the results and the democratic validity of your post and call upon you to resign your portfolio with immediate effect," he wrote.

"I fear the Home Office anticipated, if not engineered, the appallingly low turnout and wilfully permitted the elections to continue in full knowledge that the majority of the general public were not engaged with."

Podcast: The party's over

The combination of a low turnout, a strong showing for independents and the robust performance of Ukip led many commentators to treat the elections as proof of a deep-seated disillusion with the main political parties.