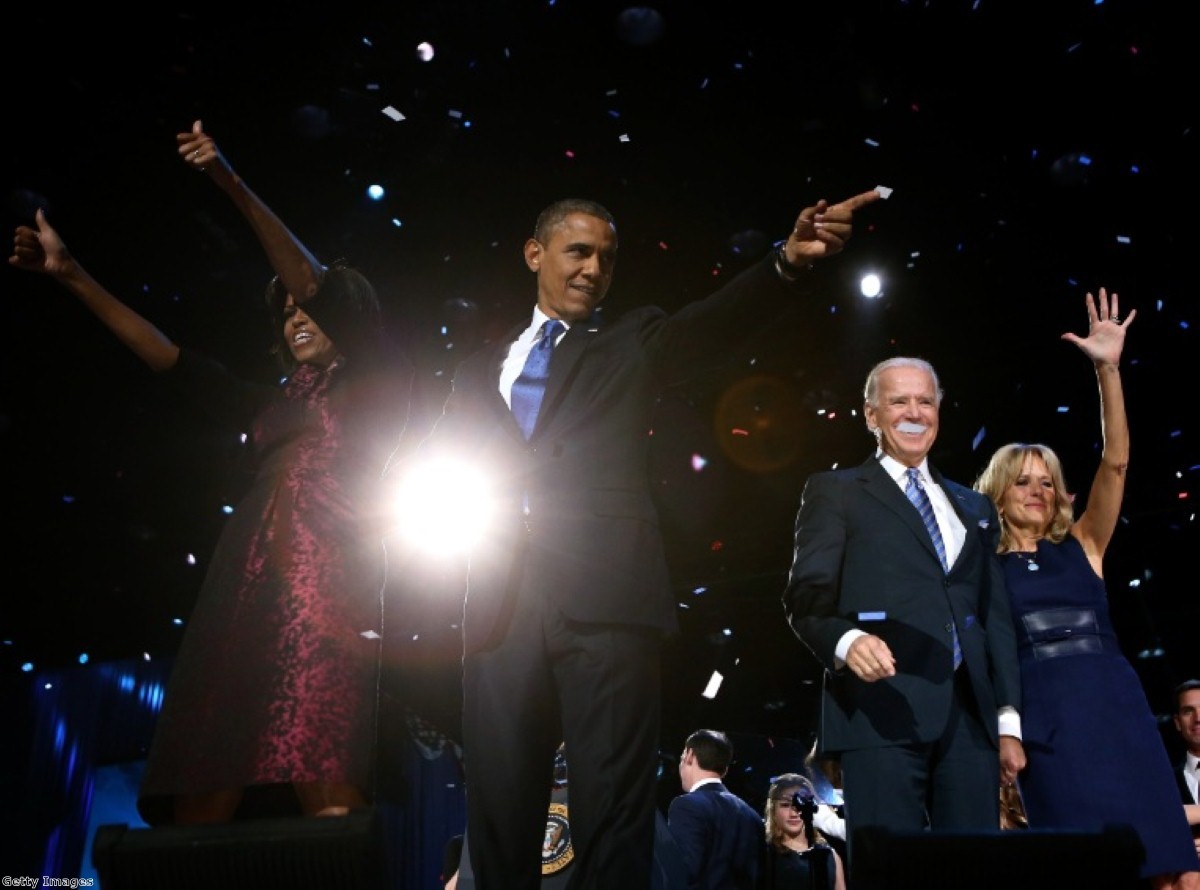 Conservatives did battle with Labour over the meaning of Barack Obama's re-election today, as both parties tried to claim the victory as a sign of their own success in 2015.

David Cameron and Nick Clegg are pleased with the result because it suggests leaders can be re-elected even as they preside over a depressed economy.

But Labour's Douglas Alexander mocked the government's interpretation of the result.

"The truth is the American economy has been growing for the last three years – we’ve just suffered three quarters of negative growth here in the United Kingdom.

"It was Bill Clinton back in 2002 who came to the Labour party conference and said 'it's fun to be back in a country where our crowd are still in office'. That’s how we feel in the Labour benches today."

The clash came after Clegg won cheers across the Commons for congratulating Obama on his win over Republican candidate Mitt Romney when he stood in for Cameron during PMQs.
"I suspect that is the only point I'll be cheered today by the benches opposite," he commented.

Cameron took to Twitter to offer "warm congratulations to my friend" after Romney gave his concession speech last night.

"There are so many things that we need to do: we need to kick start the world economy and I want to see an EU-US trade deal."

Cameron said he had been hearing "appalling stories" about the situation in Syria during his visit to Jordan.

He said one of his first priorities in resuming his relationship with Obama would be to discuss "how we must do more to try and solve this crisis".

The prime minister added: "Above all, congratulations to Barack. I've enjoyed working with him, I think he's a very successful US president and I look forward to working with him in the future."

Pundits had continued to predict a Romney victory until polling closed yesterday, but enthusiastic voting among Hispanic Americans and women, together with an effective get-out-the-vote campaign by Democrat supporters, helped push Obama over the line in a series of crunch swing states.

American politics will now focus on a period of rebuilding for the Republicans, as Obama renews a bipartisan push which he said in his victory speech was aimed at meeting "the challenges we can only solve together".

"With your stories and your struggles, I return to the White House more determined and more inspired than ever about the work there is to do and the future that lies ahead," the re-elected president told Democrat supporters in Chicago this morning.

"Tonight you voted for action, not politics as usual. You elected us to focus on your jobs, not ours."