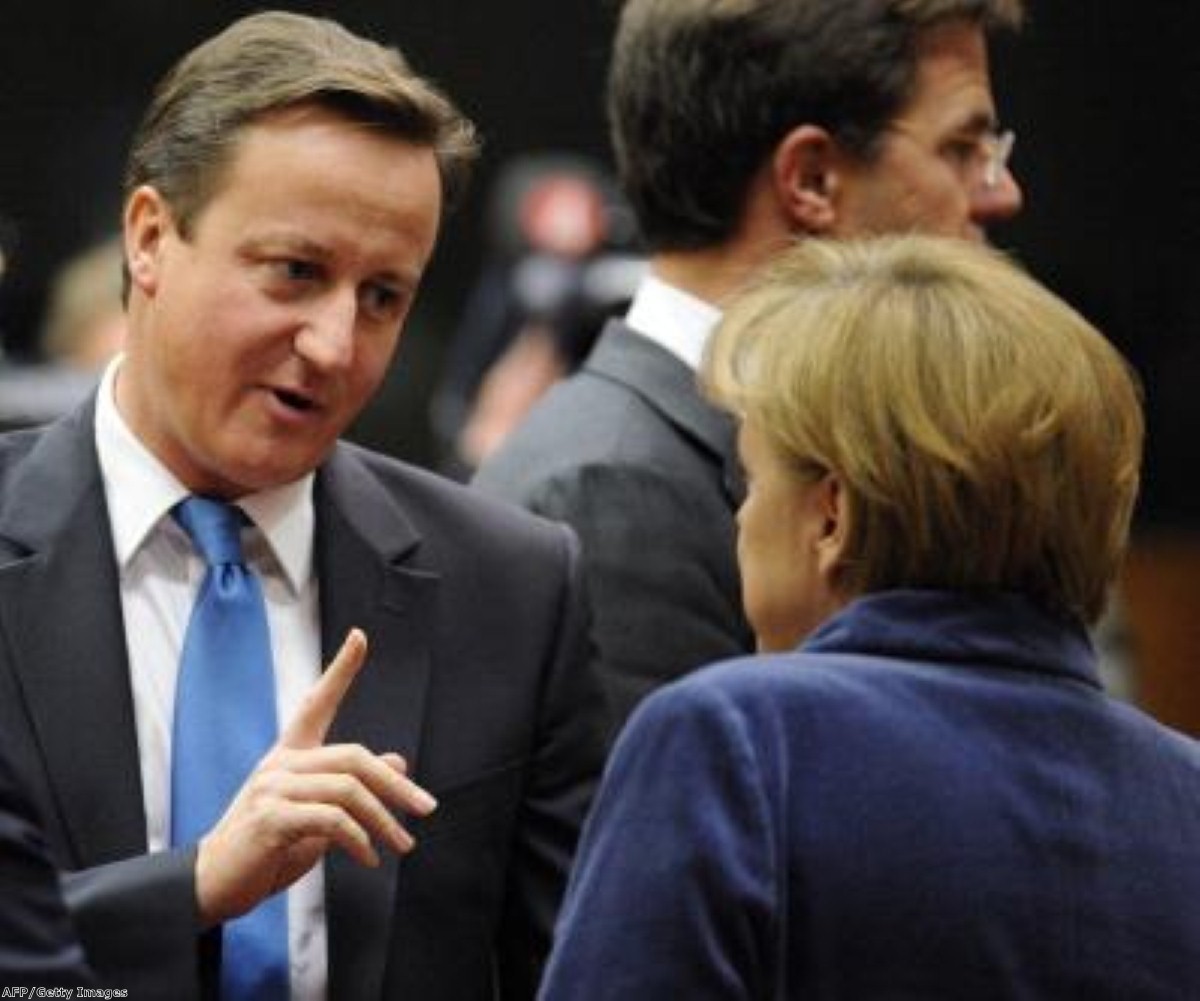 EU budget standoff likely as Cameron meets Merkel in No 10

Angela Merkel is likely to resist David Cameron's calls for a real-terms freeze in the EU budget when the pair meet for talks in Downing Street later.

The German chancellor is resisting Britain's demands to restrict the EU budget's increase to match inflation ahead of crunch talks with the EU's 27 member states later this year.

That leaves Cameron in a difficult position. He was defeated by a combination of Labour MPs and 53 eurosceptic Tory backbenchers last week and is now left threatening a veto if Britain does not get its way.

Other EU countries are keen to see an increase because they are net recipients. France wants to maintain high levels of agricultural payments, while poorer member states want to continue to receive structural funds to develop their infrastructure.

Cameron, who returns from a three-day trip to the Middle East this afternoon, has focused his frustrations on Brussels officials, however.

"One of the things that's so notable about the Commission proposal is not only are they proposing a completely ludicrous 100 billion euro increase in the European budget, but they are also not proposing to make any cuts to the central administrative costs," the prime minister said.

That approach was criticised by Stephen Tindale, an associate fellow at the Centre for European Reform think-tank, who said the view the EU budget was the fault of EU bureaucrats is "nonsense".

"This is about the politics of the member states," he told politics.co.uk. "The Commission are not at fault for the outcome, but they are at fault in my view for not having put forward proposals which were bolder and would at least have allowed space for some more progressive, forward-looking discussions."

Germany had threatened to oppose an increase in the EU budget alongside France and Britain, but has abandoned that position in the wake of the eurozone crisis. Cameron will find it extremely hard to get his way without the support of the country with the biggest economy in Europe.

"The meeting tonight is absolutely crucial because Germany has always been one of the central players in European discussions, and increasingly Germany is THE central player," Tindale added.

"I would say the chances of agreement being reached are very small. The likelihood is the negotiations will grind on through next year – and that is partly because Germany has a general election next autumn."

German voters are becoming increasingly frustrated with spending on the EU, having used their funds to bail out struggling economies like Greece and Spain.

But their leader is not likely to greet Cameron's calls with enthusiasm. France under Francois Hollande has also abandoned its plans to oppose a real-terms increase, as have Britain's former allies Sweden and Finland.

That just leaves the UK joined by the Netherlands in threatening a veto as the talks approach.

Germany is calling for the EU's budget to equate to one per cent of the EU's GDP – a switch which would lead to a real-terms increase.

Shadow foreign secretary Douglas Alexander said the prime minister should have started to build up alliances in Europe "months ago", rather than starting now.

"Parliament has given him a mandate to push for a real term cuts in the EU budget and that is what he should focus on at today's meeting with Chancellor Merkel," he said.

"Unfortunately David Cameron's threatening of vetos before talks have even begun will mean today's dinner will likely be spent trying to patch things up instead of really moving things forward."