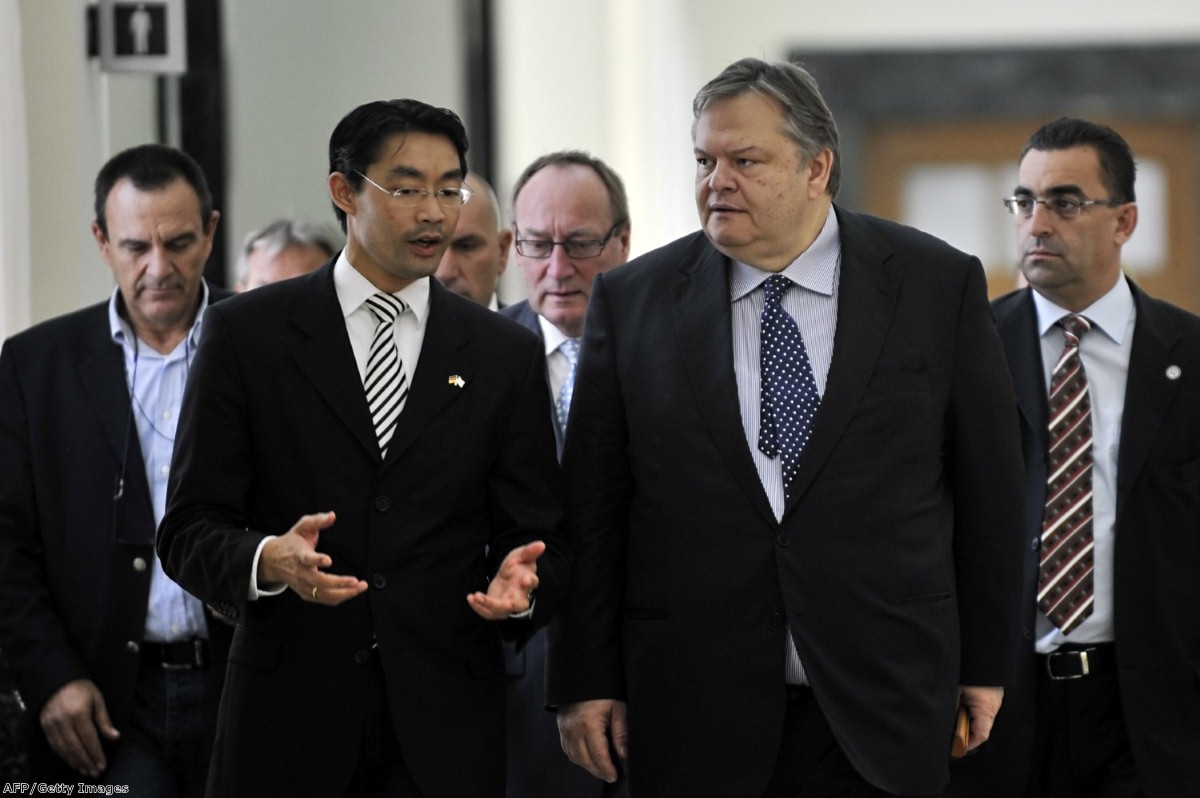 The British government is refusing to put up a fight at the latest summit of EU leaders in Brussels over the use of EU institutions, risking the anger of Conservative backbenchers.

London is not prepared to veto the use of EU institutions, meaning bodies partly funded by UK taxpayers will be used to implement the intergovernmental fiscal integration treaty which David Cameron vetoed last month.

The prime minister's refusal to participate in the measures prompted a wave of congratulation from Tory eurosceptics. But they are now warning of another Commons confrontation after ministers made clear they would not oppose the use of the European court of justice.

Foreign secretary William Hague said Britain had succeeded in securing "no agreement of inappropriate use of the institutions".

"If we were to say 'you cannot use these things at all', well then of course what we'd be up against is that many of the provisions are already taken care of in the existing treaties," he told the Today programme.

"Those treaties already provide for the use of institutions within the eurozone."

Mr Hague said Britain's policy had not changed since last month. He said the UK would reserve the right to object "on the specific question of the use of the court", but said he expected reassurances would be made that its use would not undercut "the fundamental interests of the UK".

That stance could prompt another bout of unrest from the government's backbenches. Tory MP Nadine Dorries tweeted: "Cameron is sleepwalking into the mother of all backbench rows if he thinks he can let fiscal union nations use the ECJ without recourse to parliament."

British diplomats are attending the summit in Brussels, but only in the capacity of observers following Mr Cameron's veto.

UK officials will look on as the EU's other 26 member states seek to address further questions in the ongoing eurozone crisis.

Greece faces a default by as early as mid-February if a complex bailout cannot be agreed between eurozone states, private creditors and the International Monetary Union.

"Sadly David Cameron's decision to walk away from the table before the negotiations had even started has made it harder for him to push for a solution to the eurozone's problems and get a deal that boost jobs and growth in Britain," he said.

He said Mr Hague had admitted that today's deal did not include any direct requirements of the UK, before adding: "The prime minister should be putting the national interest ahead of his party interest – by leading for Britain."