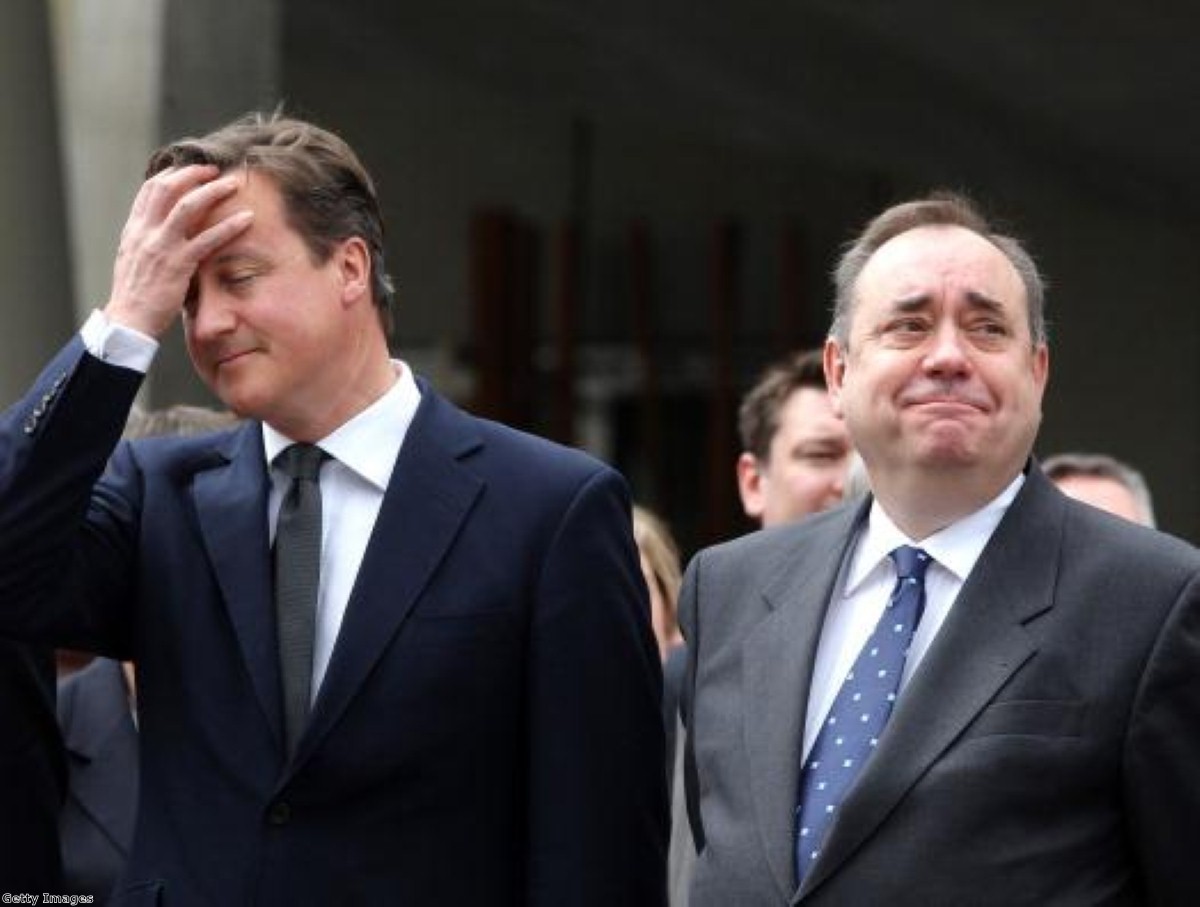 David Cameron's increasingly "dictatorial" approach to the Scottish independence referendum is increasing the likelihood of a 'yes' vote, Alex Salmond has said.

Speaking on the Andrew Marr programme, the Scottish first minister demanded a more positive approach to the debate.

"I think that some of that increase in support for independence is a reaction against the sort of dictatorial line we've been getting from some of the pronouncements from Downing Street," Mr Salmond said.

"I think the prime minister would do well to perhaps listen to the voice of the people and try to conduct this debate with a bit more positivity."

The SNP leader also alluded to the idea that Scotland would remain in the United Kingdom even if it voted for independence, raising the question of precisely the difference between independence and a devo-max alternative.

"The Queen will still be our head of state," Mr Salmond said.

"I don't think it would be a good idea to talk about United Kingdoms when what we're actually talking about is political independence for Scotland."

The comments come amid signs the public is moving in Mr Salmond's direction.
A Vision Critical survey for the Scottish Sunday Express found 51% of people were in favour of ending the Union, the first major poll to show a majority for independence.