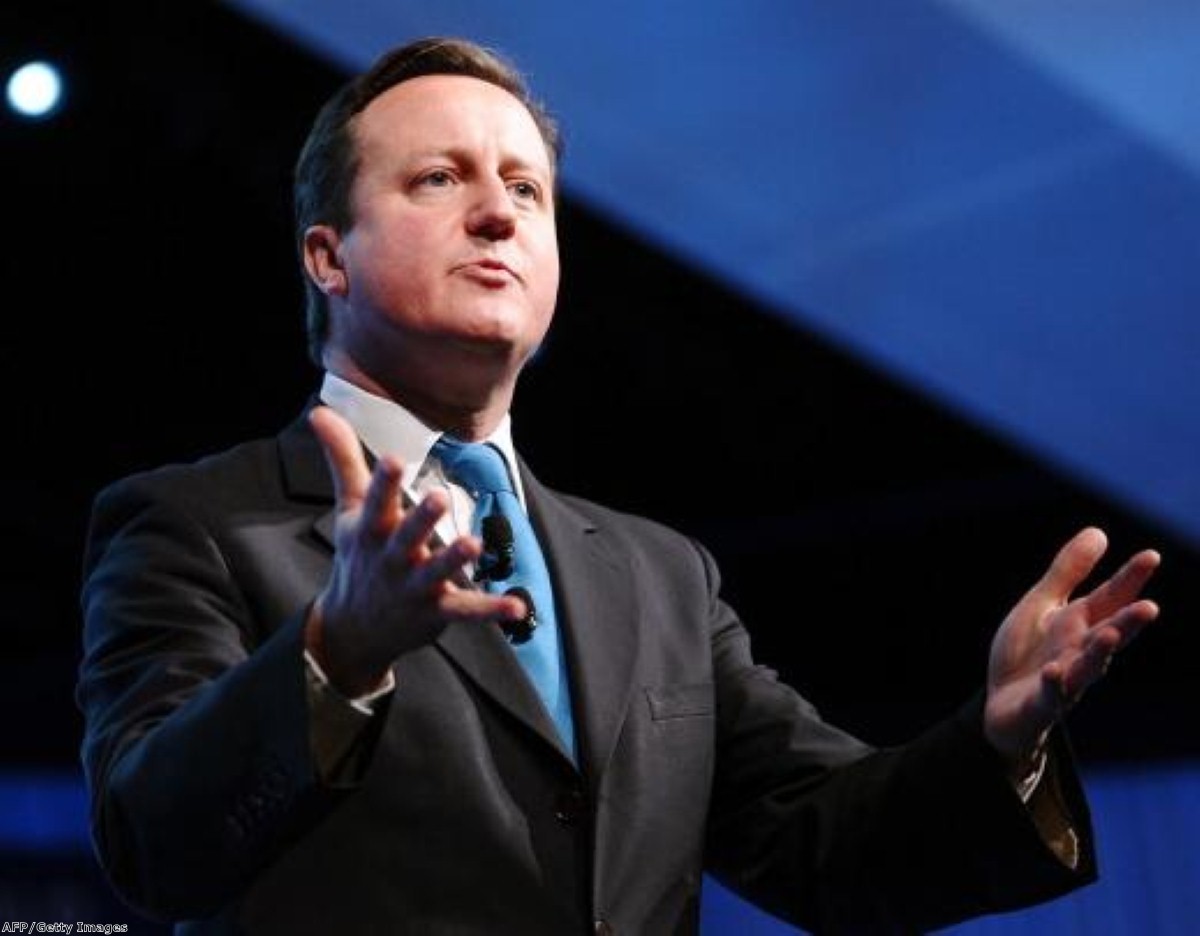 The prime minister used his speech in Davos to present a shopping list of liberalisation and deregulation measures to the EU to improve the continent's economic performance.

Figures released yesterday showed Britain's economic growth slipped to minus 0.2% in the final quarter of 2011, but Mr Cameron insisted had the coalition government not taken steps to address the deficit the results would have been "catastrophic".

He attacked a number of "unnecessary measures" imposed from Brussels on an unwilling Whitehall, like the agency workers directive and the working time directive, to underline his claim that the EU was "making life harder".

Calls for Europe to adopt a financial transaction tax, which would disproportionately affect London's status as one of the world's major financial centres, were dismissed as "madness".

"We can't go on like this. That is why Britain has been arguing for a pro-business agenda in Europe," Mr Cameron said.

He called for all future proposed EU measures to be tested for their impact on growth, the creation of a target to reduce the overall burden of EU regulation and the establishment of a new proportionality test to knock down barriers to trade in services.

Mr Cameron confronted his decision to veto moves towards greater fiscal integration, which many fear has marginalised Britain's position in Europe.

"To those who think that not signing the treaty means Britain is somehow walking away from Europe let me tell you, nothing could be further from the truth," he added.

"Britain is part of the European Union. Not by default but by choice."

Despite the veto he said surplus eurozone countries like Germany and France would have to be prepared to back the struggling member states.

He said the eurozone would only succeed if it has a central bank which can "comprehensively stand behind the currency", the "deepest possible economic integration" and a system of internal fiscal transfers and collective debts which could resolve the "tensions and imbalances" within the system.

"Currently it's not that the eurozone doesn't have all of these," the prime minister said.

"It's that it doesn't really have any of these."

Mr Cameron acknowledged that these were "radical and difficult" steps for countries to take, adding: "Knowing how necessary but also how hard they are is why Britain didn’t join the eurozone."