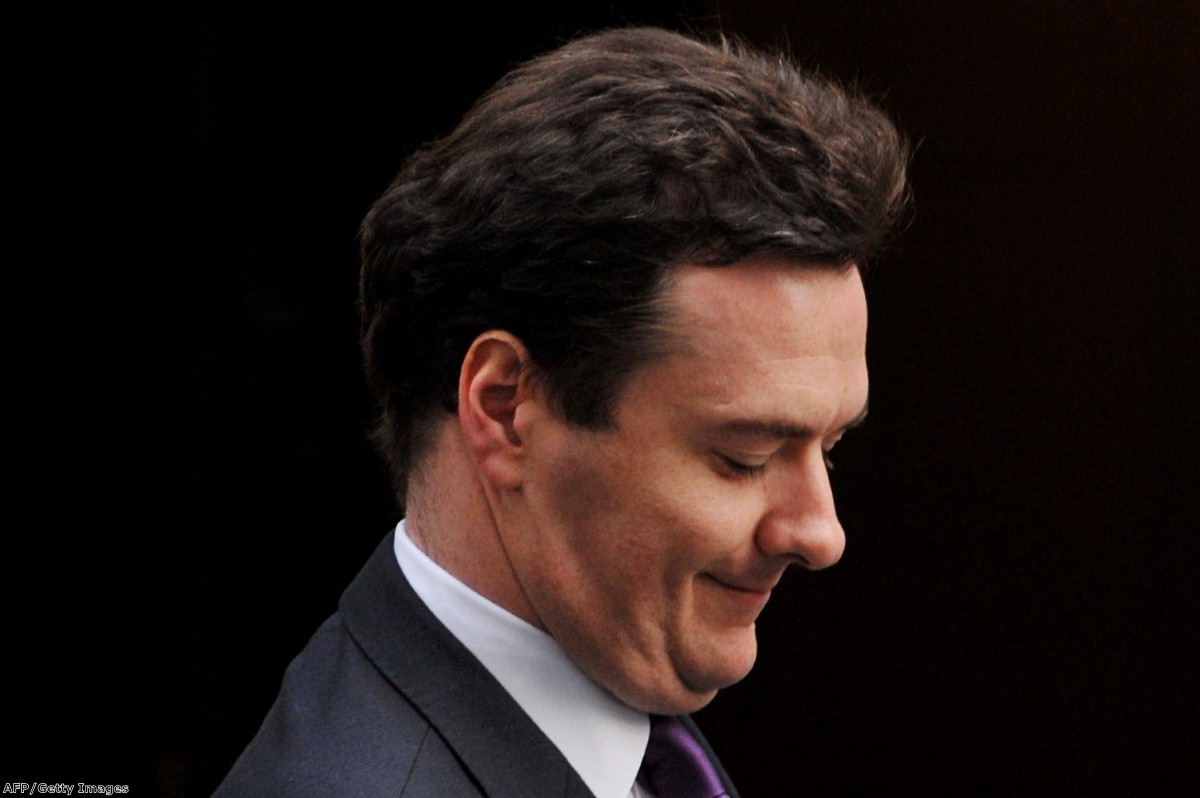 Autumn statement 2011: Rewards for the right as Osborne rains gifts on Tory backbenches

George Osborne offered a series of gifts to Tory backbenchers in his autumn statement today, in a bid to placate right-wing elements of the Conservative party.

The chancellor announced cuts to employees' rights and health and safety laws, a bruising freeze to public sector pay, a raising of the retirement age, a cut to restrictions on polluting industries and foreign aid.

He also went off-script to attack those going on strike tomorrow and lavished praise on a plan to bring back the right-to-buy scheme – one of Margaret Thatcher's most famous policies.

The proposals came as he confirmed the details of an Office of Budget Responsibility report which which dramatically cut forecasts of UK economic growth and revealed borrowing is likely to skyrocket in the face of stubbornly low demand and rising unemployment.

"The boom was even bigger, the bust even deeper and the effects will last even longer," Mr Osborne told MPs.

"We are showing a world sceptical that democratic western governments can take tough decisions that Britain can pay its way in the world."

The state pension age will rise from 66 to 67 from 2026 onwards – considerably earlier than planned.

The public sector pay freeze will be extended by two years at one per cent per year. At the current rates of inflation, that would commit the chancellor to a four per cent real-terms cut in public sector salaries for another two years.

Mr Osborne also demanded that independent pay review bodies look at how public sector pay can be made "more responsive" to local markets.

There will be a cut to the international aid budget of £525 million by 2015, satisfying a key demand of the Tory right.

The chancellor announced the Thatcher-era right-to-buy housing scheme would be "brought back to life".

He also confirmed that the government would oppose any EU move to tax financial transactions, as demanded by inequality campaigners such as the Robin Hood Tax campaign.

Mr Osborne also confirmed there would be cuts to employee rights, arguing this would encourage employers to hire more workers. That statement did not quite fit with business secretary Vince Cable's announcement of a consultation on the plans last week, in which he strongly suggested that nothing had been set in stone.

In a further gift to the Tory right, Mr Osborne confirmed a cut to 25% in corporation tax in April 2012.

Green groups complained that tax cuts worth £250 million were being handed to energy-intensive companies, branded a "licence to pollute" by Friends of the Earth.

"I am worried about the combined impact of the green policies adopted not just in Britain, but also by the European Union, on some of our heavy, energy-intensive industries," Mr Osborne said.

"We are not going to save the planet by shutting down our steel mills, aluminium smelters and paper manufacturers.

"All we will be doing is exporting valuable jobs out of Britain."

The autumn statement was greeted with dismay and anger on the Labour benches, although it will go some way towards satisfying the anger on the Tory right.

Eighty-one backbenchers rebelled against a three-line whip over a vote on the EU recently, confirming the extent of disaffection on the Tory right with the coalition's centrist tendencies and the lack of action on Europe, despite the crisis in the eurozone.