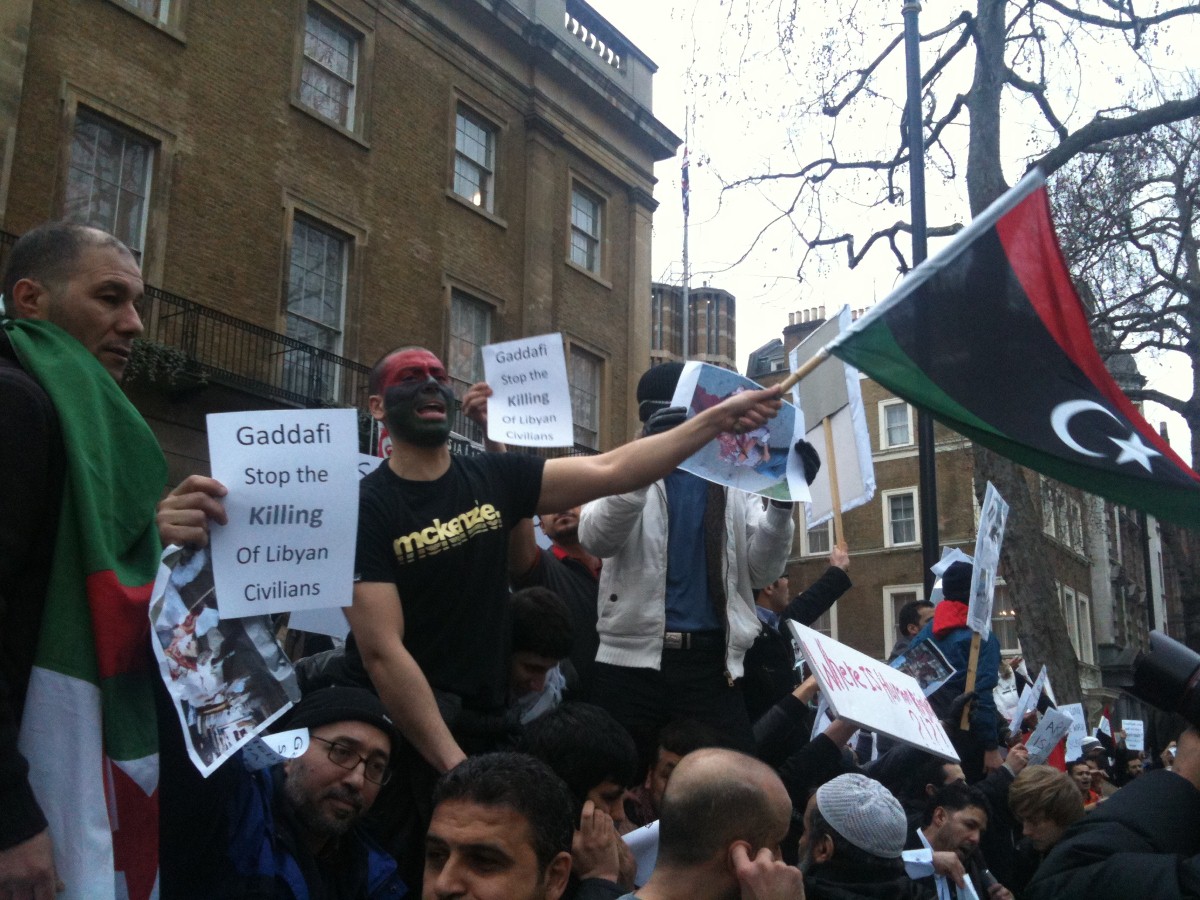 The Libyan embassy is reopening today under new management, after Britain transferred its diplomatic recognition to the national transitional council (NTC).

A ceremony reopening the embassy will take place this afternoon, which will see the Libyan independence flag raised by relatives of Libyan rebels who have been killed fighting forces loyal to Colonel Gaddafi.

"The embassy represents the legitimate government of Libya and in line with this will serve all the Libyan community irrespective of their political allegiances.

"We will also continue to struggle for greater freedom for the Libyan people and Gaddafi's departure from Libya."

As well as being a significant symbolic shift, the move also opens up additional practical help for the rebels.

Libyan assets in Britain which were previously frozen are to be released, including £91 million of frozen funds from a Libyan oil company, the Arabian Gulf Oil Company, to the NTC.

Writing in the Evening Standard newspaper yesterday, Mr Hague said the UK's actions had given Libyans the "space to decide their own future".

"We can and we will see the mission through to completion, implementing our UN mandate, and supporting the Libyan people towards a political settlement that achieves their wishes of a future free from Gaddafi," he pledged.

Concerns are rising that the five-month-old conflict, which has seen Nato air power prevent a rebel defeat but not given them a decisive advantage, will not be resolved by the time parliament returns next month.

That could lead to growing discontent among backbench MPs who warned in the spring that Britain was entering another open-ended conflict.