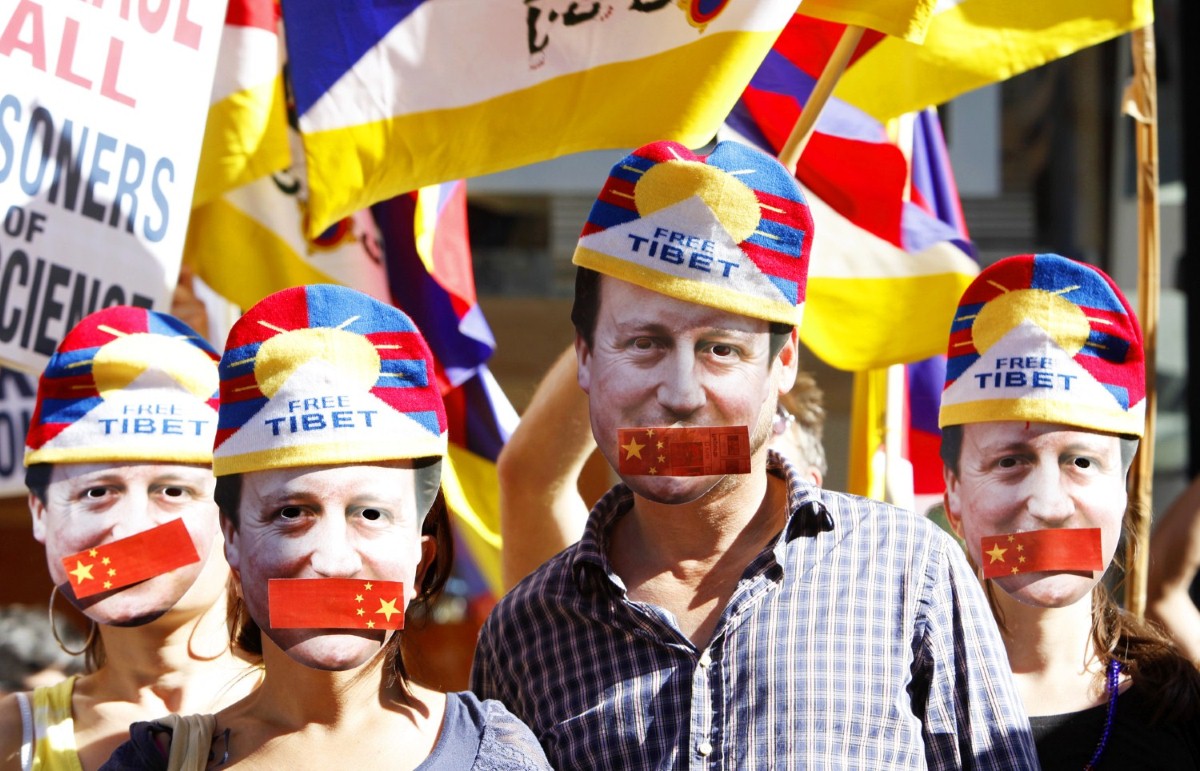 Demonstrators have launched a series of coordinated protests against the visit of Wen Jiabao to London.

Protests took place at various spots on the Chinese premier's itinerary, including outside Harvey Nicholls, Downing Street and the Royal Society.

"He may be considered a moderate among hard-line Chinese leaders but it's still not good enough," Philippa Carrick, of the Tibet Society, told politics.co.uk.

"The human rights situation is actually getting worse in China. They're looking at the Arab Spring and getting worried. There's a heck of a lot of tension inside China and that's reflected in major crackdowns."

Activists are unconvinced by recent PR efforts from the Chinese authorities, who have released artist Ai Weiwei and dissident Hu Jia. Campaigners point out that Mr Ai has only been released on bail and on the condition that he not speak publicly, while others have merely been released at the end of their sentence.

"We are always assured that these matters are raised but this is where the Tibet movement would say: it's no good playing to your home audience," Ms Carrick said.

"David Cameron can appease the British public, but the useful thing is for trade delegations inside China to raise the matter of human rights. It's especially useful at joint press conferences, as Barack Obama showed. Cameron could at least do that."