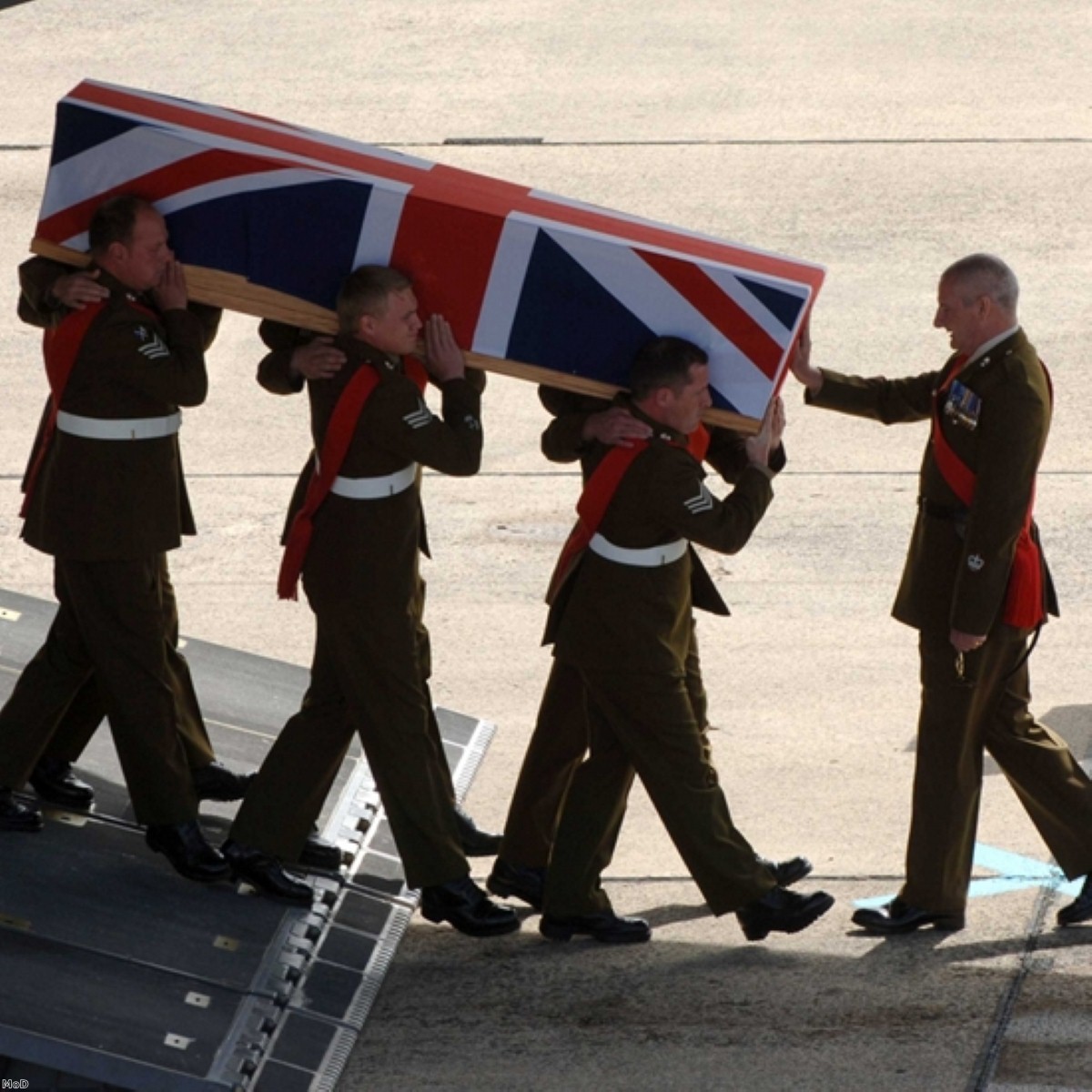 The Wiltshire village which has been the scene of countless repatriation ceremonies is to become Britain’s third ever ‘royal’ town.

Wootton Bassett will change its name to Royal Wootton Bassett later this year, in a move acknowledging the impromptu respectful vigils every time a fallen British soldier passes through.

Repatriation ceremonies are to move from RAF Lyneham to RAF Brize Norton in September, after the planned closure of the former.

Mr Cameron said he had made the recommendation for the ‘royal’ honour to the Queen, and that it had been accepted. He paid tribute to the “deeply moving and dignified demonstrations of respect and mourning” seen in the town in recent years.

“I would also like to record publicly my thanks to the people of Wootton Bassett who have chosen to pay their respects in a unique and special way,” defence secretary Liam Fox added.

“It is such spontaneous public support that captures the spirit of the British people, and I am very grateful for those who have participated; such gestures do not go unnoticed by those deployed on operations.”

This is the first time a town has been honoured in this way for political purposes. Royal Leamington Spa and Royal Tunbridge Wells received the honour in 1838 and 1909 because of their antiquity and royal patronage of their facilities.

“Whilst we have never sought recognition for our simple act of respect, I am certain that this will serve to reinforce the pride and gratitude we feel for the members of our armed services, who will always be in our thoughts,” she said.

Labour leader Ed Miliband backed the move in prime minister’s questions. He told MPs: I think it is a tribute and a sign of the way that community has responded to our armed forces.”