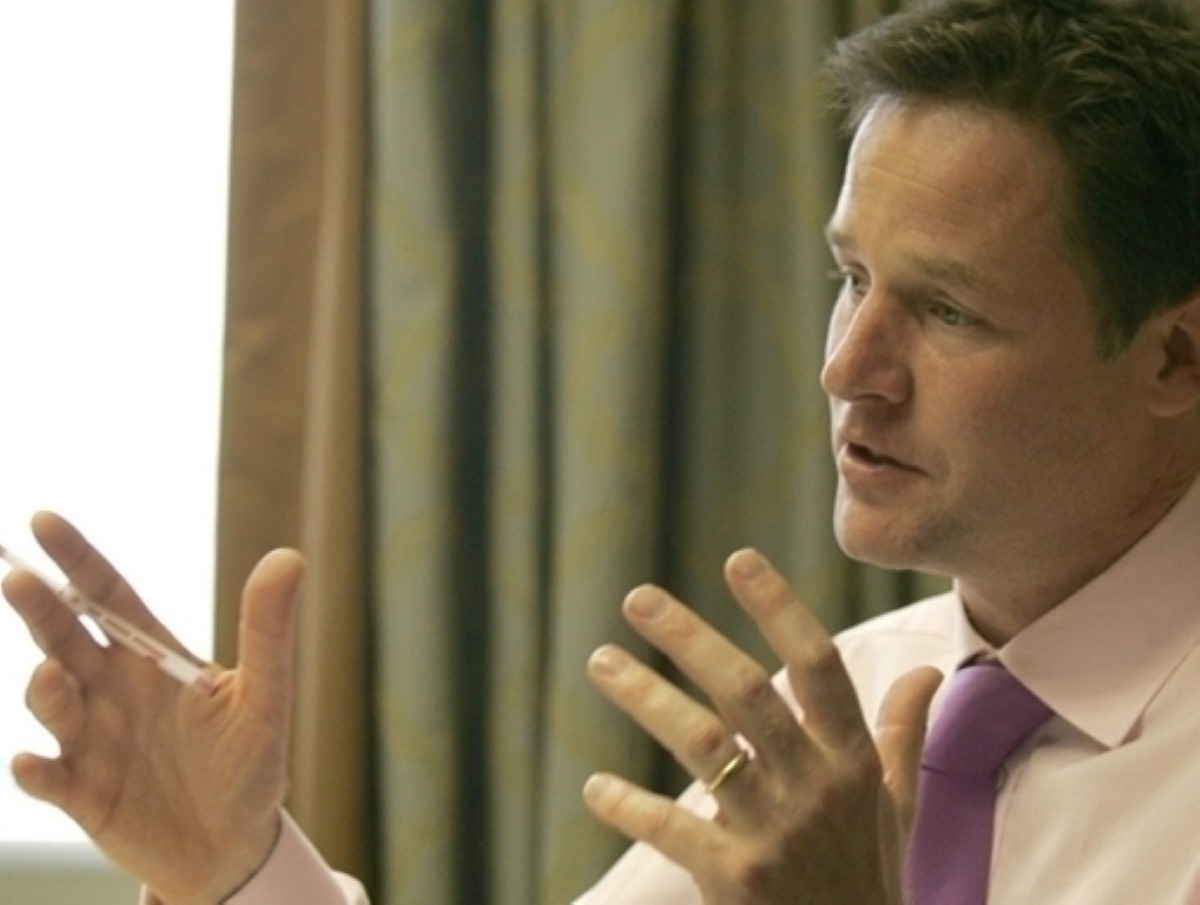 Battle-hardened Clegg takes on the banks

Nick Clegg has launched an unexpected broadside at the banks as he tries to secure concrete political gains in the wake of the tuition fees vote.

The deputy prime minister and business secretary Vince Cable are thought to be concerned that the government is not taking a sharp enough stick to the banks, and fear another round of lavish bonuses at the start of next year.

“They don’t operate in a social vacuum,” Mr Clegg told the Financial Times.

“The banks should not be under any illusion, this government cannot stand idly by.

“It is wholly untenable to have millions of people making sacrifices in their living standards, only to see the banks getting away scot-free.”

The sight of generous bonus payments as the deficit reduction plan bites and students face crippling university fees would do further damage to Mr Clegg’s liberal credentials and play into the Labour account of his role as a ‘human shield’ for the Tories.

Mr Cameron, Mr Clegg, Mr Cable and chancellor George Osborne are reported to have held a ‘quad’ meeting this week to discuss the banking situation, where concerns were raised about the lack of reform in the sector.

The one-off bankers’ bonus tax, reluctantly introduced by Alistair Darling when Labour was in power, is being mooted as a possible option if banks fail to show enough restraint, it is understood.

A guarantee of lending to small and medium sized businesses and the introduction of transparency benchmarks are also expected to figure, although it appeared that the latter was taking a back seat after Mr Osborne called on European governments to coordinate the action – implying Britain would struggle to introduce the measure in isolation.

“In his comments today the deputy prime minister seems to have forgotten that he co-heads a government that is responsible for introducing a bank levy which is a walk in the park for the City and could have raised much more whilst he has stood idly by,” he said.

A promise of “robust action to tackle unacceptable bonuses” featured prominently in the coalition agreement.

The banking commission will report next year.