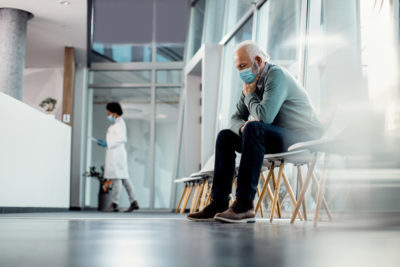 One GP per 2,200 patients as postcode lottery worsens

The number of patients per GP across England has grown to over 2,200, shocking new figures have revealed, as some areas suffer from a growing postcode lottery.

The analysis by the Liberal Democrats, based on research from the House of Commons Library, has exposed the growing shortage of family doctors that is leaving people in many areas struggling to get appointments.

Since June 2017, the number of fully qualified GPs excluding trainees has fallen by 1,343, despite a government promise to hire an extra 6,000 GPs by 2024. Over the same period, the number of registered patients has soared by over 3.1 million, as growing demand puts pressure on overstretched local health services.

The figures also reveal a stark postcode lottery with some areas seeing far higher numbers of patients per GP than others. Blackburn with Darwen has over 3,000 patients per GP, more than anywhere else in the country. This is followed by Hull (2,890), Portsmouth (2,819) and Thurrock (2,785). By contrast, Wirral has just 1,762 patients per GP, the lowest number in England.

Ahead of the local elections the Liberal Democrats are calling on the government to invest in local health services to ensure people can get a doctors’ appointment when they need one. The party have slammed the Conservatives for breaking their promise on GP recruitment and accused them of leaving health services with a generational mess.

“People are struggling to get appointments and GPs are under more pressure than ever. We need a proper plan to recruit the GPs the country desperately needs and prevent so many doctors leaving or retiring early.

“The local elections in May are a chance to send Boris Johnson a message that people are fed up with broken promises and being taken for granted. Every vote for the Liberal Democrats will help elect local champions who listen to their communities and stand up for our health services.”