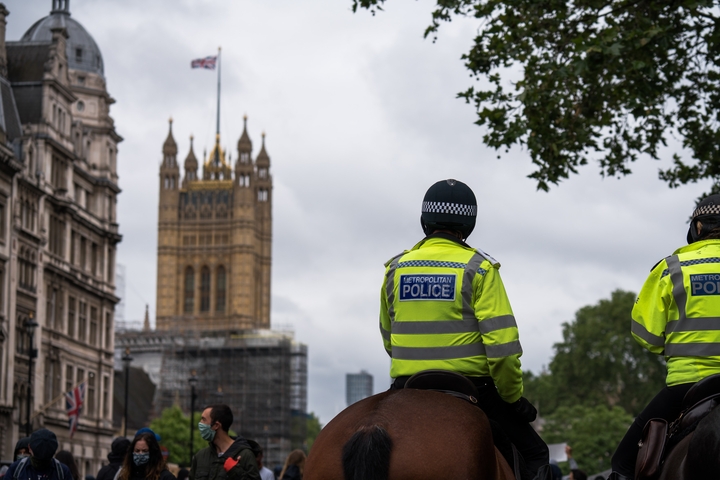 The Police Race Action Plan released by National Police Chiefs’ Council (NPCC) and the College of Policing sets out the commitment of Chief Constables in England and Wales to become an anti-racist police service and to explain or reform race disparities.

The plan will now be subject to further independent scrutiny with the public, police officers and staff and experts invited to share their views before it is finalised in December 2022.

The NPCC say the plan aims to address the significantly lower levels of trust and confidence among some Black people and the race disparities affecting Black people that policing cannot currently fully explain. It can be accessed here.

The Crime Survey of England and Wales shows Black people have significantly lower than average rates of confidence in their police force, 64 per cent compared with an average of 74 per cent. Among Black Caribbean people the rate is 54 per cent.

The Government’s ‘ethnicity facts and figures” shows that Black people are almost nine times more likely to be stopped and searched than White people.

Police ‘use of force statistics’ for England and Wales: April 2020 to March 2021 shows the rate at which we used force was five times higher for people we perceived to be Black.

The NPCC say the relationship between policing and Black communities has been damaged. The overt racism many of the Windrush generation experienced included policing. The Scarman report, following the 1981 riots across England’s major cities, identified the harmful impact of policing on Black Britain. Stephen Lawrence’s murder in London in 1993 and the 1998 Stephen Lawrence Inquiry by Sir William Macpherson were watershed moments in facing up to racism in policing.

The plan defines anti-racism in policing as tackling racial disparities proactively, accepting them as problems whatever their cause because of the impact they have on Black people.

The Independent Scrutiny and Oversight Board (ISOB), chaired by Barrister Abimbola Johnson, will have a critical role in scrutinising the plan and its delivery.

The plan says it aims to” increase the awareness and understanding of every officer and member of staff of racism, anti-racism, Black history, and its connection to policing through introduction of a mandatory programme of training for all police officers and staff.”

Black and Black heritage officers and staff are also set to tale part in a survey on their experiences– the first of its kind, which will run for annually for the next five years

They say there will be increased action to address the criminal exploitation of young Black men, a group identified as being vulnerable to this form of exploitation, working to disrupt the cycle of victims becoming offenders and ensuring police action is appropriate to their age and exploitation is properly considered.

A national standard across all recruitment and promotion processes will be rolled out to minimise race disparities.

Chief Constable Andy Marsh QPM, CEO of the College of Policing said: “There is a moral and operational imperative to undertake this work. Racism or discrimination of any kind is deplorable, completely unacceptable and should have no place in society and no place in policing.

“This work is central to our crime-fighting mission. The British principle of policing by consent is built on trust and confidence of the public in the police. With that trust comes cooperation, dialogue and crucial sharing of information that is essential for us to tackle crime. That trust is far too low among Black people, and we are less effective because of it. That is no longer sustainable.

“Building trust with Black people will mean better policing for all. Being anti-racist means it isn’t enough for an individual or organisation to not be racist. It means a commitment to taking action to challenge racial bias and prejudice where it is seen in practice, people, and policies.”

Abimbola Johnson, chair of the Independent Scrutiny and Oversight Board (ISOB), said: “George Floyd’s murder may have caused an international reckoning with the police but the fact is that there are issues with policing and racism here too. The last few months alone have demonstrated this with a swathe of reports showing the unfortunate extent to which police have mistreated Black people.

“Something radical needs to be done to transform the relationship the police have with Black communities.”

Amnesty International UK’s racial justice director Ilyas Nagdee, has criticised the proposals for not going far enough, stating: “Racism is still rampant in policing and it’s disappointing that police chiefs have stopped short of accepting that policing is institutionally racist.

“Despite the gloss sometimes put on things by senior officers, little has changed with regards to racism and misogyny in policing in the 23 years since the Macpherson report, and in some respects, things are getting worse.

“The overuse of Tasers and of stop-and-search against Black people, racial profiling in the name of countering ‘gangs’, appalling incidents of misogyny and strip-searching in schools are just some of the issues which suggest the police as an organisation remain in denial about its deep-rooted racist thinking and practices.”