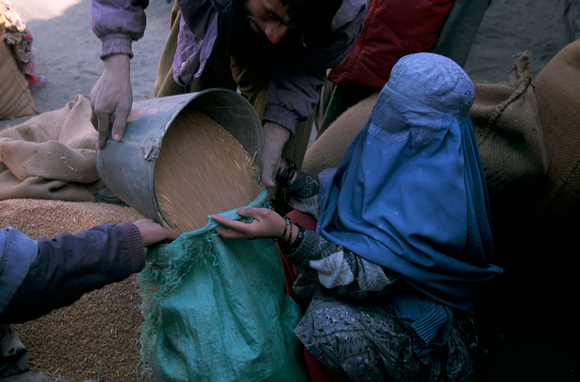 The international development committee says it is disappointed over the government’s failure to “accept moral responsibility” for its failure to show a duty of care towards aid workers during the last days of the UK and allied military presence in Afghanistan in August 2021.

The government’s position came in its response, published today, to a report on the consequences for the aid sector of the Taliban takeover that the committee published in March 2022.

The committee’s March 2022 report painted a bleak picture of an apparent lack of effective planning for the withdrawal by the Foreign, Commonwealth and Development Office (FCDO) which put
the safety of aid workers, particularly Afghan aid workers, at extreme risk of reprisals from the militarily victorious Taliban authorities.

The key conclusion of the committee report was that the FCDO should have taken a broader view of its duty of care towards aid sector workers who were delivering FCDO aims and objectives
– including Afghans working on UK aid programmes. The report said the FCDO should have taken – and should still assume – moral as well as legal responsibility for the predicament it left vulnerable Afghan aid workers in.

However, the government response to the report said nothing about moral obligations to the wider aid community, saying only that it “stands by its duty of care obligations to those whom
it employs directly”.

Committee chair Sarah Champion MP, said: “The government response to Afghan aid workers is immoral. In August 2021 it was plain the government was woefully failing to manage the complex challenges of withdrawal from Afghanistan and was caught on the back foot as the Taliban advanced on Kabul.

“Now the facts of the withdrawal and its consequences are known – including the grim toll on civilians over a cruel Afghan winter – you might have thought the government would express
some regret. But instead, the fate of Afghans who worked on UK aid programmes is brushed aside and the UK government says it only takes responsibility for those it “employs directly”.

“We should never forget that these Afghans worked side-by-side with UK government representatives in delivering the UK’s agenda through its aid programmes.

“Because of the lack of government planning, some Afghan aid workers now feel, understandably, abandoned by the UK. Our government should be ashamed of itself.”

The committee’s report also raised concerns about the amount of time taken by the government to disburse the aid it had pledged in late 2021. In its response, the
government agreed that humanitarian funding should be disbursed as swiftly as possible.

The committee’s report also said the government had been far too slow to work with its international counterparts to unblock the Afghan banking system as international sanctions against
the Taliban tightened after they had taken control.

While the government states that is continues to “play a key coordination role, including working to find solutions” it fails to commit to the committee’s recommendation that it takes “more urgent steps to collaborate with its international counterparts, economists, representatives of the banking sector” to address the situation. Banking and liquidity issues continue to inflict a heavy toll on the Afghan people and put at grave risk the delivery of humanitarian aid.

Since the release of its report, the committee has welcomed the government’s additional pledge of £286 million of UK aid to Afghanistan for the current financial year. The committee urges the government not to lose sight of Afghanistan at a time when the consequences of the conflict in Ukraine are anticipated to have far reaching effects on the provision of aid – particularly food aid – to the Afghan people.

In addition, the committee has noted and very much welcomes the commitments made by the World Bank Board on 1 March 2022 to release over $1 billion in funds from the Afghanistan
Reconstruction Trust Fund.

This money comes in the form of grants to selected United Nations and other international aid agencies. It will remain outside the control of the interim Taliban administration.

The committee says it awaits confirmation that those funds are being actively disbursed and expects the government to also monitor the situation closely.