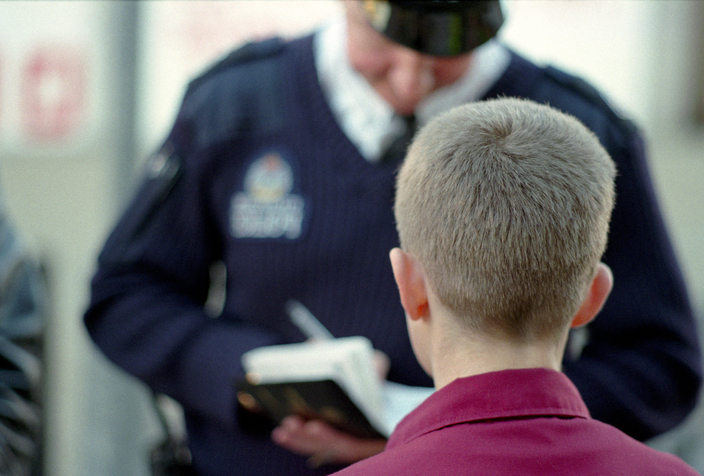 The government says it has announced the biggest funding package in a generation to tackle youth offending and cut crime.

Currently around 80 per cent of prolific adult offenders begin committing crimes as children, and the estimated cost of late intervention to the economy is nearly £17 billion per year.

A new investment worth £300 million over the next 3 years for every council across England and Wales in catching is to be put toward preventing youth offending.

For the first time ever, local authorities will be given specific cash to intervene early with teenagers displaying signs such as poor school attendance, troubles at home, and a history of substance abuse which are known to be factors which often drive young people into crime.

Local Youth Offending Teams will be given extra funding to connect children and teenagers to targeted, wraparound support to stop them going down a path of criminality.

The government says this could include mentoring, extra school tuition, sports clubs, help to address any issues at school or at home, with their mental health or with substance misuse, tackling the root causes of their behaviour and helping them to get their lives back on track.

Funding will also be used to bolster the day-to-day running of youth justice schemes and initiatives across the country, as well as support the work of the 20,000 additional police officers the government is committed to recruiting.

Deputy prime minister, Dominic Raab has today visited a community boxing scheme in Blackpool that say it is giving local children and teenagers an alternative to anti-social behaviour.

“Our plan will ensure thousands more young people can turn their lives around – which will transform their lives and make our communities safer.”

Youth Justice Board Chair Keith Fraser said: “This is a smart and insightful investment by the government. If our youth justice teams are well-resourced to help children and families, we all benefit – from healthier, happier, safer children and from safer communities with fewer victims.

“This investment highlights the importance of their work and is a huge opportunity for youth justice teams across England and Wales. I hope they feel rightly proud of the contribution they make to the safety of communities and the lives of children.”

Ministers estimate that the Turnaround programme will reach up to 20,000 more children over three years who would not otherwise have received support to turn away from offending.

While many local authorities already run successful early intervention programmes, by providing funding over a three-year period, the government says new funding will give councils greater certainty and be able to plan longer-term.

Responding to news, Mark Russell, Chief Executive of The Children’s Society, said: “Tackling serious violence affecting young people across all areas of the country is very much needed, so we welcome this investment and the focus on prevention and early intervention with targeted wrap around support for teenagers at risk.

“In our work we often the see frightening levels of violence in so many places is often linked to criminal groups exploiting children, including coercing and forcing them to deal drugs in county lines operations.

“To create a long-term plan to reduce crime, we need a better understanding of offences committed against young people such as child criminal exploitation and there is also a need to focus on disrupting the criminals who are grooming these young people.

“The scale of the issue is huge and will require more investment over a longer period of time. It’s also crucial to look at the bigger picture. These young people are often facing many different challenges in their lives and so support must take a holistic approach recognising the importance of involving the young person and drawing on local knowledge when designing services, and supporting them through the trauma they have experienced.”