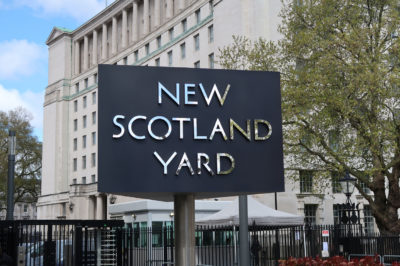 The Metropolitan Police have today said they are in the process of issuing 30 more fixed penalty notices linked to the “partygate” scandal.

This brings the total fines announced over the matter to 50.

Operation Hillman is currently examining twelve gatherings on eight dates – some of which the PM is understood to have attended.

At the time of the investigation’s launch in January, police said it had over 500 documents and 300 photographs to examine that had been gathered by Sue Gray, the top civil servant who headed the Cabinet Office’s investigation into the claims.

A number of Conservative MPs have since back tracked on calling for the PM to resign over the accusations.

Responding to the news, Liberal Democrat leader Ed Davey said: “These fines expose the shocking scale of the criminality in Boris Johnson’s Number 10.

“The police have now completely shredded Johnson’s claims that no laws were broken. He cannot be trusted and cannot continue as Prime Minister.

“No other leader in any other organisation would be allowed to continue after law-breaking on this scale. If Boris Johnson won’t resign, Conservative MPs must show him the door.”