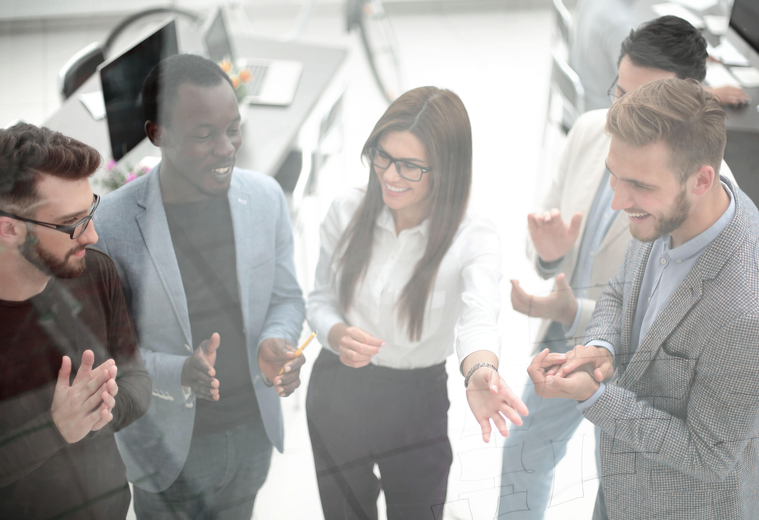 How the UK can create a future-proof talent landscape

The UK labour market continues to suffer from chronic skills shortages, particularly in IT and digital, engineering, and other professional sectors. According to the most recent figures from the Office for National Statistics (ONS), there are currently in excess of 1.3 million open vacancies across the economy, representing a record high.

The reasons behind this shortfall are complex. However, an exodus of European talent post Brexit, coupled with the fact that many individuals retrained – or simply dropped out of the workforce altogether – at the height of the pandemic when opportunities were thin on the ground, contributed greatly. Older workers, in particular, seem to have left the workforce early – taking their skills and experience with them. In fact, official figures show that 250,000 more over-50s are economically inactive compared to before the pandemic.

Data released earlier this year by the Chambers of Commerce indicates that 79 per cent of firms are struggling to recruit new staff, with a lack of availability of foreign applicants cited as a key challenge. Needless to say, the impact of the current situation on economic growth is significant – and skills and training are key to getting back on track.

Flexible, pragmatic training initiatives must be designed by government to maximise access across the workforce from school leavers to mid-life ‘lane changers’ if it is to equip the UK labour market with the skills, experience, and expertise in demand by employers now – and for decades to come.

It does seem that the government is acutely aware of this fact as the Levelling up white paper announced that the Education Secretary is establishing a new Future Skills Unit to look at the data and evidence of where skills gaps exist and in what industries. We support initiatives to drive new partnerships with business and industry such as T Levels and the Skills Accelerator Programme. However, the lack of an overall national strategy to date when it comes to talent development has resulted in a somewhat ineffective piecemeal approach to training and development.

Government is supporting SMEs to gain the skills they need to succeed, with the government subsidising the cost of high-quality training through its ‘Help to Grow: Management’ initiative. The scheme offers businesses 12 weeks of world class leadership training through the UK’s top business schools, with government covering 90 per cent of the cost. However, too often worthwhile, and valuable initiatives are launched but with little follow up publicity to encourage participation.

APSCo recommends the development of a national strategy, similar to that adopted in the Levelling up paper for education, which recognises urban hubs, in need of investment, with existing strengths in particular skills and industries: for example, Newcastle and Sheffield where APSCo found in research in 2021 tech is the top sector for job vacancies. Through localised government funding for training, we can help to create centres of excellence to combat digital and technical skills shortages, in particular.

In this year’s Spring Statement, the Chancellor also announced that there will be an assessment as to whether or not the apprenticeship levy is ‘doing enough’. This is something that APSCo welcomes wholeheartedly. We have previously stressed to the government that the parameters of the existing scheme are too restrictive – and, as such, the levy is an underutilised resource. Many of the largest recruitment consultancies we represent run large payrolls of agency workers and so have enormous levy pots they are unable to spend. The scheme should be broadened to cover administrative costs and ‘bench’ salaries to facilitate a commercial, workable ‘flexi’ scheme. Through this, we can enable the professional development of agency workers from placement to placement.

In addition to upskilling UK-based talent, we should also prioritise making it easier to bring in skills from overseas. A year on from Brexit we’re still seeing the ramifications of the UK’s exit from the EU – with skills and resources being hard hit. APSCo has been lobbying for a more appropriate visa route into the UK for independent contractors and the self-employed to ensure the economy has access to the international skills it needs to thrive in what is a highly uncertain and competitive landscape. The new Global Business Visa introduced in April is a step in the right direction to make the UK more attractive to workers across Europe, however there are several limitations in the new visa that will reduce the impact of this change. The sponsorship requirement, for example, makes this visa route less viable for those from the flexible segment of the workforce.

We are also concerned that there’s no joined-up approach across Europe when it comes to engaging STEM contractors and self-employed professionals. Requirements vary from country to country and, as is the case in Belgium, across regions too. A globally mobile, dynamic and flexible workforce supports skills development – particularly in labour-short areas such as technology. Economies will benefit from the ability to not only bring in international resources, but also send talent across borders to gain global experience and intelligence.

There are positive signs that the government sees the benefits of both growing its own talent and bringing in expertise from elsewhere for the benefit of our economy, though. The Spending Review 2021 increased total government spending on skills in England by £3.8 billion by 2024-25, while the recent Spring Statement highlighted how “around half the UK’s fastest growing businesses have at least one non-UK-born co-founder…That is why the government is focused on creating a visa regime that will attract highly skilled and entrepreneurial individuals from across the world.” However, more needs to be done, and the widely anticipated absence of the Employment Bill in the upcoming Queen’s speech raises concerns that the skills agenda has slipped down the list of priorities.

As the UK economy struggles to recover post-Covid, it is crucial that we continue to build and borrow vital skills by any means necessary. Only then, can we create a dynamic, flexible, and future-proof labour market with enough skilled workers to enable the country to build back better post-pandemic.