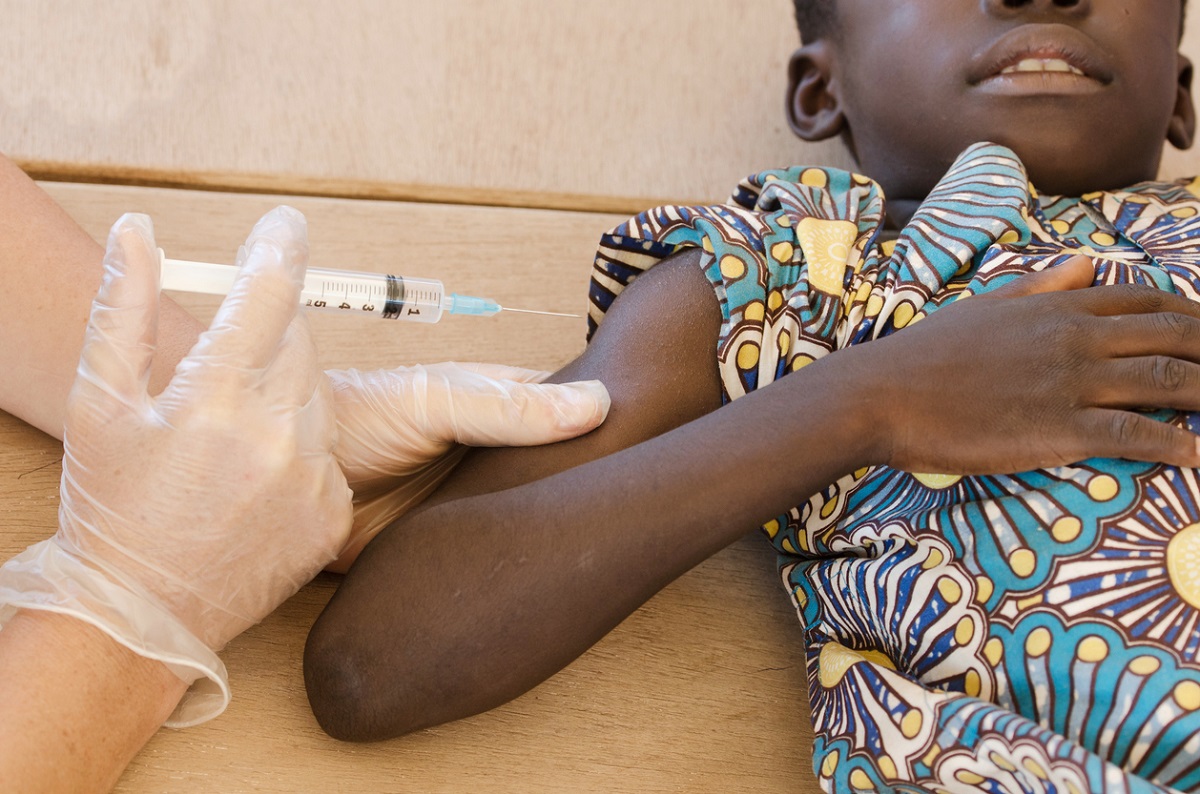 The vaccine challenge in countries hit by covid and conflict

A little over a week ago G7 nations pledged an additional billion doses of vaccines to developing countries participating in the global COVAX scheme. On Tuesday, the World Health Organisation  confirmed this to be too little too late for a number of poorer countries that have now run out of vaccines, just as a third wave is hitting many nations.

Even when the vaccines are delivered, many developing countries will still face challenges in distribution, for example, due to insufficient cold chains and other healthcare system capacity constraints. For regions experiencing violence and instability, however, the challenges are more sinister. And this isn’t a peripheral issue: currently some one billion people live with the daily threat of violence.

Research conducted in north eastern Nigeria, where bloody clashes involving Boko Haram continue to play out, reveals that if an armed conflict occurs within 10km from where a child resides, the odds that they will receive a vaccination of any kind are 47% lower.

Boko Haram has already rejected the UN secretary general’s call for a truce with the Nigerian government in order to combat covid, claiming the virus was brought about by “evil”, that the insurgent group’s version of Islam was an “anti-virus,” and characterised international measures to address the coronavirus pandemic as part of the war on Islam.

Armed groups’ disruption of the rollout of vaccination programmes has a history, with Pakistan its poster child. The south Asian nation remains one of only two countries yet to eradicate the polio virus – a global campaign that began in 1989. As late as 2019, vaccination workers were still being targeted and killed.

Many conflict zones wrestle with a legacy of distrust in government, with heavy-handed and often violent enforcement of covid lockdown measures further eroding trust in government in many contexts. In the last week, some states in Pakistan have threatened to remove mobile phone access from those who refuse vaccination, while in the Philippines President Duterte threatened the vaccine hesitant with jail – two strategies that could potentially further undermine already fragile relationships between the state and some groups within its citizenry.

Lack of trust is compounded by misinformation. In 2003, some Nigerian states suspended polio immunisations following reports by religious leaders that the polio vaccine was contaminated with an anti-fertility agent as part of an American plot to make Muslim women infertile This resulted in a 30 per cent increase in polio prevalence, with polio cases originating from Nigeria spreading to 20 countries. During the 2018 Ebola outbreak in DRC, vaccination efforts where undermined by rumours that the outbreak was fictitious and part of a money-making scheme dubbed the “Ebola business.”

In countries ranging from Ethiopia to Zimbabwe to Cambodia, governments have also used the pandemic and associated measures to crack down on opposition groups, as well as delay or postpone processes of peace and democracy. But there is hope in the form of intensified collaboration between peacebuilding organisations and healthcare responders.

During 2020, many peacebuilding organisations have pivoted to respond to the pandemic, tackling violence, misinformation and the trust deficit in an effort to support the early response and help healthcare workers navigate conflict dynamics.  This work capitalised on their experience working in hostile environments, extensive local networks in hard-to-reach locations, relationships of trust built over decades and knowledge of local conflict dynamics. This last capability is particularly important as, where access to resources and inequality are recurring drivers of conflict, sudden influxes of aid, including vaccines, can sow further seeds of division.

In the Philippines, International Alert adapted its conflict monitoring infrastructure to understand and address the impact of covid responses on community tensions. It identified increased angst within Muslim communities due to culturally insensitive policies such as the denial of traditional burials for casualties of the virus. Authorities subsequently adopted a more inclusive and empathetic approach to families of the dead.

It is imperative that this type of collaborative approach be extended to vaccination efforts.  A failure to plan for and adapt to the specific needs of conflict-affected countries puts the global vaccination effort at risk, leaving pockets where entire populations remain largely unvaccinated and variants can evolve, undermining the efficacy of vaccines. The window for action is small. The opportunity is now.