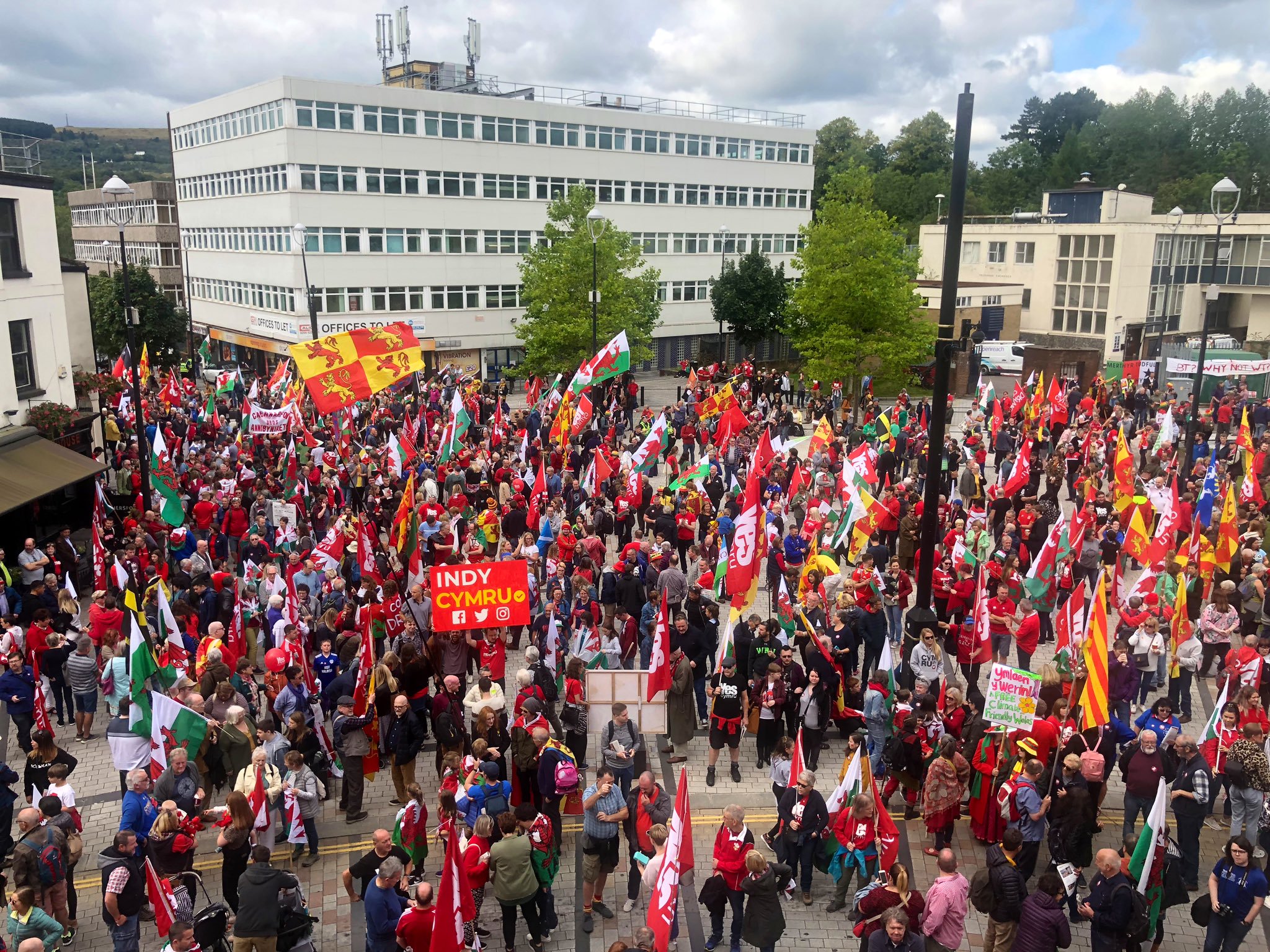 How the lid has been lifted on Welsh independence

Six things that were low-to-non-existent on people’s political radars the last time they went to vote for Wales’ political representatives.

On Thursday, we head to the polls for the fifth time in five years and for all the talk of the significant changes in politics and society we’ve seen in the UK during this time, in Wales things have been even more dramatic.

In 2016, elections for what was then called the National Assembly for Wales were held under the shadow of the looming EU referendum. Little could anyone have predicted how different a political place Wales would be by the end of the term.

All six of those aforementioned things are now loaded with meaning and have come to define how the parties in Wales are presenting themselves to the electorate. And none more so than Welsh independence.

So what has driven this remarkable surge in the polls for what was regarded as a fringe idea only half a decade ago?

One answer leads us to return to our first word: Brexit.

A driver of support for the independence movement has been the fallout over Britain’s withdrawal from the European Union.

Wales, of course, voted to leave the EU, but the option of Hen Wlad Fy Nhadau jettisoning the UK to have closer ties to Europe as an independent country appeals to many disaffected remainers – who are more likely to be independence supporters.

And, despite what many remainers might confess, the language of ‘taking back control’ which was front and central of the Leave campaign, might also influence their thinking. The natural extension of the slogan’s ubiquity is that people in Wales have thought about ‘taking back control’ and have applied it to Westminster as well as to Brussels.

The recent furore over the internal market bill has also brought the fragility of the devolved settlement to the fore.

Statements made at the peak of the controversy such as saying it ‘Undermines devolution’, is a ‘disgrace of a bill which rolls back devolution’, and calling it ‘an iron fist which threatens to smash devolution apart’ were not the words of Plaid Cymru MSs and MPs, but the words of Labour representatives who view the legislation as a fundamental attack on the constitutional settlement.

Related to this is the fact that a large amount of the support for independence is not driven by Plaid Cymru voters – but by Labour voters.

Infamously, polls in previous years have shown that people in Wales didn’t understand devolution with less than half of the electorate knowing that it is the Welsh government that runs the NHS in Wales.

But the visibility of devolution has never been greater than in the last year, as measures to manage covid and its impact were enacted, in large part, by the devolved governments.

For the first time, people outside of policy and politics could see and understand that decisions made in Wales affected every part of their day to day lives.

From the most basic level of where they can go, to what they can do, whom they can meet, as well as who is responsible for health, social care, education and housing.

This has led to Labour’s Mark Drakeford becoming the most visible first minister in devolved history, with a net 38% approval lead over Boris Johnson for the handling of the pandemic.

This increased awareness of devolution – and approval of it – may be giving people in Wales greater confidence that independence is possible.

Another noteworthy moment was the scandal surrounding Dominic Cummings’ trip to Durham which led to a mini-surge in the membership of Yes Cymru the pro-independence campaign group.

But amidst all this talk about independence, it’s important to remember an equally important part of the electorate – people who advocate for the dissolution of the Welsh parliament.

The single-issue Abolish the Welsh Assembly party (sic) look likely to pick up a handful of seats in this election.

Support for the cause is down from its peak in 1997 (where 49.7% of people voted against the creation of a law-making institution) but as it hovers in the mid-20s in the polls, it’s important to remember the constitutional future of Wales isn’t necessarily travelling in one direction.

The swirling winds around Wales’ constitutional future may mask a rather more conventional truth.

This ground is quite happily occupied by the Labour party in Wales and as the country heads to the polls, Mark Drakeford has been pushing his centre-ground credentials as much as he can.

What does all this mean for the upcoming election? Is a Welsh independence referendum a possibility in the next Senedd term?

The fact is, despite the growth in support for independence in the last few years, this has not materialised in support for Plaid Cymru, who are the only party offering a referendum.

A post-election deal with Plaid Cymru is the most likely outcome but Mark Drakeford has already ruled out any chance of agreeing to a plebiscite on independence.

The issue of Wales’ relationship with England is not at the forefront of people’s minds as it is in other parts of the UK. But the constitutional Pandora’s Box has been prised open, and with each of the parties believing that their position is a vote winner, the next Senedd term will not see the lid slip back on very easily.