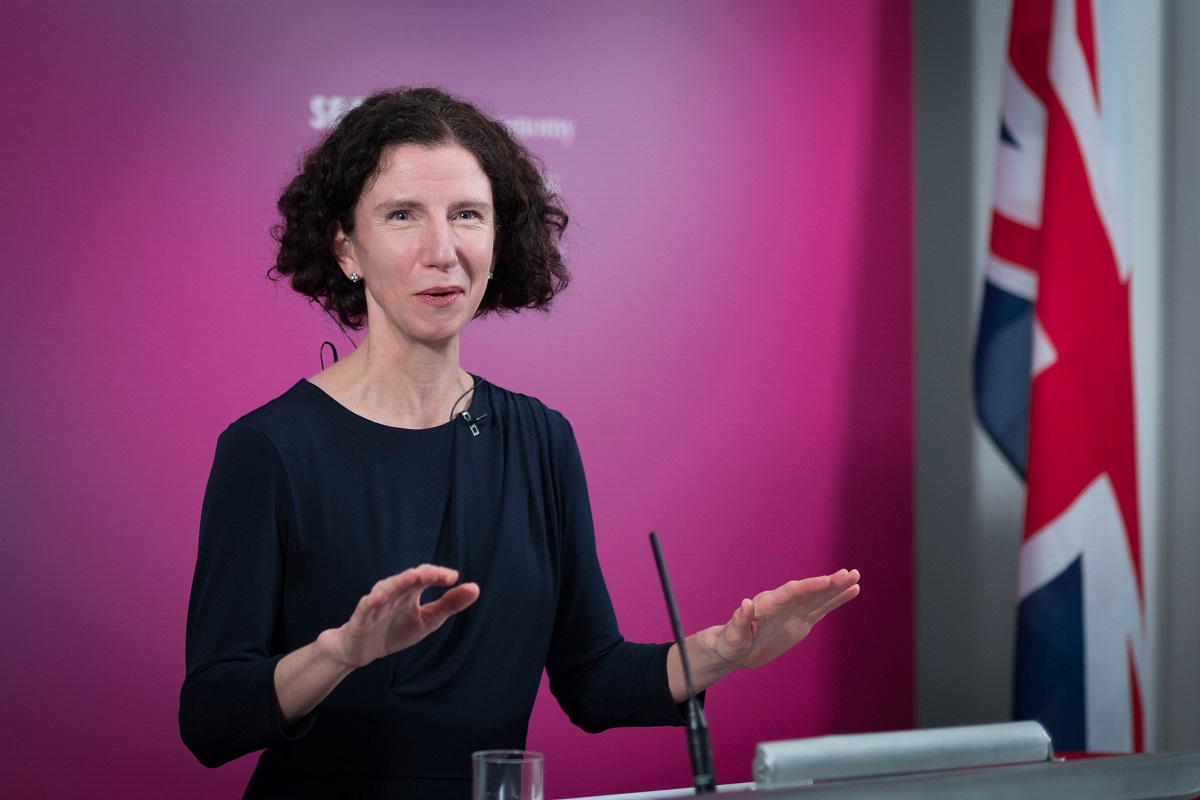 Hardly anyone noticed, but shadow chancellor Anneliese Dodds made a rather remarkable speech last week. It was big, meaty, intellectually challenging, brimming with ideas, and framed around a devastating pinpoint critique of Tory economic policy since 2010.

Reading it, you got the unmistakable sense that you were looking at a new Gordon Brown. And that’s not really because of Dodds’ ideas. It’s just been that long since we had someone of proper intellectual heft on the left outlining a viable progressive economic agenda. It’s genuinely exciting stuff if you’re into that sort of thing, which I am.

Dodd’s central criticism of Conservative economic policy over the last ten years is not that it was heartless or cruel – the standard rhetorical fire aimed by Labour during the Jeremy Corbyn era. It is that it responds to political considerations rather than economic ones. Dodds calls it the “time-inconsistency problem”.

This started with the austerity agenda in 2010. It was too early to start reining in spending after the financial crash, but the programme was adopted anyway, predominantly because of its electoral usefulness. It has been a dismal failure. George Osborne made millions of lives more miserable and poverty stricken than they needed to be and yet debt increased from £1 trillion in May 2010 to £1.8 trillion in February 2020. Consecutive Conservative chancellors have missed every debt and deficit target they set themselves.

Political timetables were also responsible for the last minute Brexit deal on Christmas Eve. There was nothing in that deal which couldn’t have been agreed in the summer. Indeed, the proposals in it were first put forward months earlier. But Boris Johnson took it right to the line, in part because it would make him look tougher with his own hardline MPs. The result was businesses “scrambling to prepare for new trading arrangements coming into force in a matter of days”, Dodds said. Small-and-medium-sized businesses are in many cases now facing annihilation under the sudden avalanche of extra bureaucracy inflicted on them.

The same last-minute pattern applies to covid support packages. “Plans have been chopped and changed, often at the last minute,” Dodds said. “Support has been linked to arbitrary dates in the calendar rather than progress in tackling the virus. Businesses and workers have found themselves unable to plan for the coming days or weeks, let alone months, because of the stop/start nature of government schemes.”

This has not only made the economic impact worse, but the pandemic more severe. The lack of support for low-income people who need to self-isolate means fewer of them are able to do so, which leads to increased transmission. The worse the virus gets, the worse the ensuing economic harm. And so the cycle continues.

Now the government looks set to make the same mistake again. In order to deliver tax cuts just ahead of the next general election, reports suggest they are planning to tighten spending as soon as possible. Once again, they are not responding to economic criteria, but to an electoral timescale.

Dodds said: “The combination of turbulence in business support, a failure to get a grip on the public health crisis and last-minute chaos around Brexit have led to a situation where the UK has gone from being a highly stable business environment to one characterised by instability and uncertainty.”

Her alternative is “a responsible fiscal framework” which is “based on pragmatism rather than dogmatism and on the overall resilience of our economy, rather than narrow political considerations”.

So what does it look like? This is where things get interesting. Dodds understands that low interest rates mean it is currently very easy for the government to borrow money. “For as long as that is the case, government must make use of benign circumstances to avoid choking off recovery via premature and politically-motivated fiscal tightening,” she said. This is the sensible and humane Keynesian course. “But it would be an irresponsible economic policymaker who planned on the assumption that low interest rates will continue indefinitely.”

Her solution is borrowed from the Institute of Fiscal Studies (IFS), which suggested a rolling, forward looking target of current budget balance which allows the government to borrow when interest rates are low so it can help in the bad times. But that is controlled by a “fiscal anchor” which would limit the amount of permanent tax cuts or spending increases in a crisis.

It’s an attempt to put down a set of long-term rules about annual deficits and the stock of debt, which allow for support when needed and restraint when sensible, responding to economic rather than political considerations. “We must move beyond the post-2010 consensus,” Dodds said, “and instead ensure that public spending is controlled and directed.”

That flexibility will then be used for social democratic economic programmes: support for sectors which are struggling, a green stimulus to get Britain to net-zero while creating thousands of jobs, action on low wages, investment in public services so that they are resilient the next time an external threat like coronavirus rears its head.

But this public investment will come with guarantees. Dodds wants tax and spend projections to be extended from the current five years to ten, with estimates for the ten years after that, giving an overall 20-year budgeting horizon. This would hopefully open up a more honest debate about long-term issues like social care and gaps in pension provision.

More importantly, she wants to focus on value. The Johnson administration has an appalling record here: a predicted £22 billion on Test, Trace and Isolate which has not delivered, £16 billion on antibody tests that didn’t work, £150 million on unusable face masks, £12 million on an app that had to be scrapped and government contracts handed out to people with political connections. Instead, she proposes that the Comptroller and Auditor General submits an annual report to parliament on the value of spending which brings together National Audit Office work into a single assessment with a government requirement for response. Each year’s Budget would set out its own assessment of the effectiveness of public spending, “hardwiring value for money and financial control into the budgetary process”.

There are three really impressive things happening here: the breadth of appeal, the national opportunities offered by it and the extent of the intellectual heft behind it.

Dodds sees that the business community is primed for an approach by Labour. After all, how much more acrimonious could the relationship with the Johnson administration get? The prime minister’s approach towards them is literally “fuck business”. They have spent nearly half a decade unable to plan for the regulatory environment due to the chaos over Brexit. When our departure from the EU came, it was at the last minute, in the dead of night, with insufficient preparation, in the middle of a pandemic. The jolting inadequacy of the government’s economic policy is fatally undermining Britain’s reputation as a reliable investment climate.

But she is doing this while maintaining the flexibility required for a Keyensian spending programme, with ambitious proposals for climate change, public services, low wages and more. It is a viable, credible, deliverable left-wing economic programme which can maintain business support. If you can establish that position, you have a convincing electoral proposition.

It would also, and this is the most important part, do good things for the country. It is an attempt to put down a new economic status quo, which ignores the idiot binary of laissez-faire fanatics on the right and incontinent socialists on the left – a plan for state involvement in the economy which simultaneously aims to provide a sustainable framework over the cycle.

But perhaps most rewardingly, it is simply a tremendous relief to see a shadow chancellor who is putting forward a well thought-through agenda for how to frame economic policy in an ambitious but pragmatic way. It’s been a long time since we have seen a viable progressive programme like this from Labour. That’s what we have here. And it’s about time.