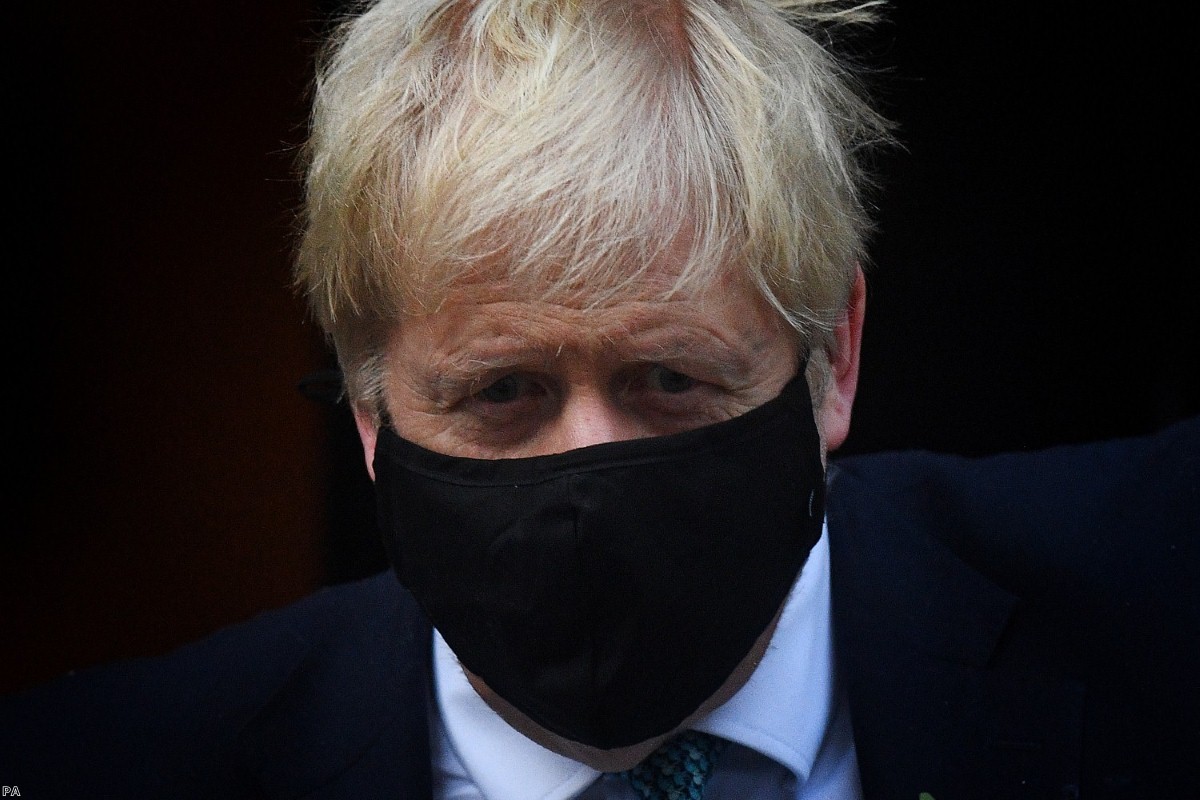 How Black October revealed the lie of One Nation Boris

"Everyone knows Republicans love this country – they just hate half the people in it". So said the US comedian Jon Stewart in the dying days of the George W Bush presidency, after nearly a decade of the GOP getting dewy-eyed at the flag while lashing out at anyone who didn't fit the strictures of Leviticus.

There have long been parallels with leading Brexiters, of course – talking up 'the British' while castigating those deemed not British enough, be they immigrants, 'metropolitan liberals' or just any passing Remainer criticising their project.

But nearly a year after Boris Johnson fought an election on bringing Britain together, the Tories' wretched October has exposed the reality. A month that saw the party trying to fend off Marcus Rashford's free school meals campaign and fighting megaphone wars with Greater Manchester did not simply leave the Conservatives staggering around like a drunkard bellowing for a fight – it revealed their One Nation rhetoric for what it is: an increasingly empty sales pitch.

One Nation is a mantle claimed at various times, implicitly or explicitly, by more or less every postwar Tory leader except Margaret Thatcher, who defined herself against it. It was formulated – though not coined – by Benjamin Disraeli as a basis for improving the lot of the Victorian poor while safeguarding the upper classes. The perceived harshness of the Thatcher era led her successors to revive One Nation as an attempt at detoxifying the Tory brand.

The honesty of these assertions was generally limited. Iain Duncan Smith talked up his Road to Damascus moment in a Glasgow housing estate while his policies sent the poor to the food bank. The prime minister who oversaw these harsh benefit cuts was David Cameron, who used the One Nation-esque 'Big Society' as an ideological fig leaf for savage austerity.

But Brexit pushed high earning social liberals away from the party, while drawing old industrial working class communities towards it. In his book Little Platoons, published in September last year, the Conservative thinker and writer David Skelton argued for the party to commit wholeheartedly to reviving the One Nation tradition as a route to these votes.

"[Conservatives] should look to position themselves as a compassionate alternative to utopian extremes," Skelton wrote. "Unlike these extremes, One Nation is particularly well placed to tackle the problems faced today."

By delivering Brexit and adopting One Nation policies built around redistribution and investment in declining towns, Skelton argued an increasingly fractured and fractious Britain could be bound back together. The book proved influential in Tory circles, providing substance to Theresa May's unfulfilled agenda. Johnson himself said on the night of his general election victory that "this One Nation Conservative government has been given a powerful new mandate".

The 'utopian extremes' Skelton referred to are neoliberalism and socialism. And in its initial response to the pandemic, the government showed a readiness to shed the neoliberal dogma of the Cameron years, adopting an extensive state furlough scheme and even reversing some – though nowhere near all – of the benefit cuts of the last decade.

But as the Covid crisis has worn on, the Tories' old ways have returned. They never fully went away of course – the welfare state has remained miserly, leading to a fresh surge in food bank use, and billions of pounds have been handed over to private contractors like Serco. And yet the Rashford row really opened up this seam. Tory MPs reverted to type and engaged eagerly in the benefits-bashing seen regularly in the 2010s.

Private school-educated Ben Bradley – who in his younger years wrote that "unemployed wasters" should have vasectomies – said the extension of free school meal vouchers over the summer holidays had effectively handed money over to crack dens and brothels. Newly elected 'Red Wall' MP Brendan Clarke-Smith said the real problem was absent parents who refused to "take responsibility".

Like many Conservatives, they instinctively assumed the worst about those who need state support. It is not just that Bradley's claims were implausible given that vouchers can only be spent on food. Even if they were true, and there was indeed a smattering of cases of such vouchers being misused, his assumption was that everyone needing support should be collectively punished for it.

This is hardly surprising. The Tories tried to win the Brexit war by becoming the party of social authoritarians, which influenced the type of candidates the party attracted. But authoritarian views on immigration and national sovereignty often go hand in hand with authoritarian views on benefits – that 'fecklessness' shouldn't be encouraged and parents should be expected to stand on their own two feet, regardless of context and circumstance.

Indeed, the root of literally centuries of benefits-bashing has been the assumption that benefit claimants are inherently immoral, and that benefits incentivise their immorality. Idleness, entitlement, dependency, fraud and substance misuse are all casually seen as core to the character of claimants.

Also on Skelton's agenda was the devolution of power away from Westminster so as to re-empower forgotten communities. Johnson has been happy to talk up devolution, but when Greater Manchester mayor Andy Burnham demanded more financial support, the usual unnamed government 'sources' launched a briefing war against him, while the Treasury came up short.

Given the historic tendency of the Treasury to revert to type and steer towards tight spending and deficit reduction, the only way One Nation politics could survive would be if leading Tories actually believed in it. But they don't. To them it is no more than a rhetorical strategy to build an electoral coalition. Faced with a twitchy Treasury, the government has started to tighten the purse strings, and its MPs have doubled down on a demonised Other.

It was little surprise that one of the few Tory MPs to rebel over free school meals was Robert Halfon, who – while hardly a bleeding heart in the Heidi Allen mould – is a genuine believer in One Nation politics.

But there is a difference between a belief system and a strategy. The Tories wore One Nation as electoral fancy dress. It's proving to be a bad fit.