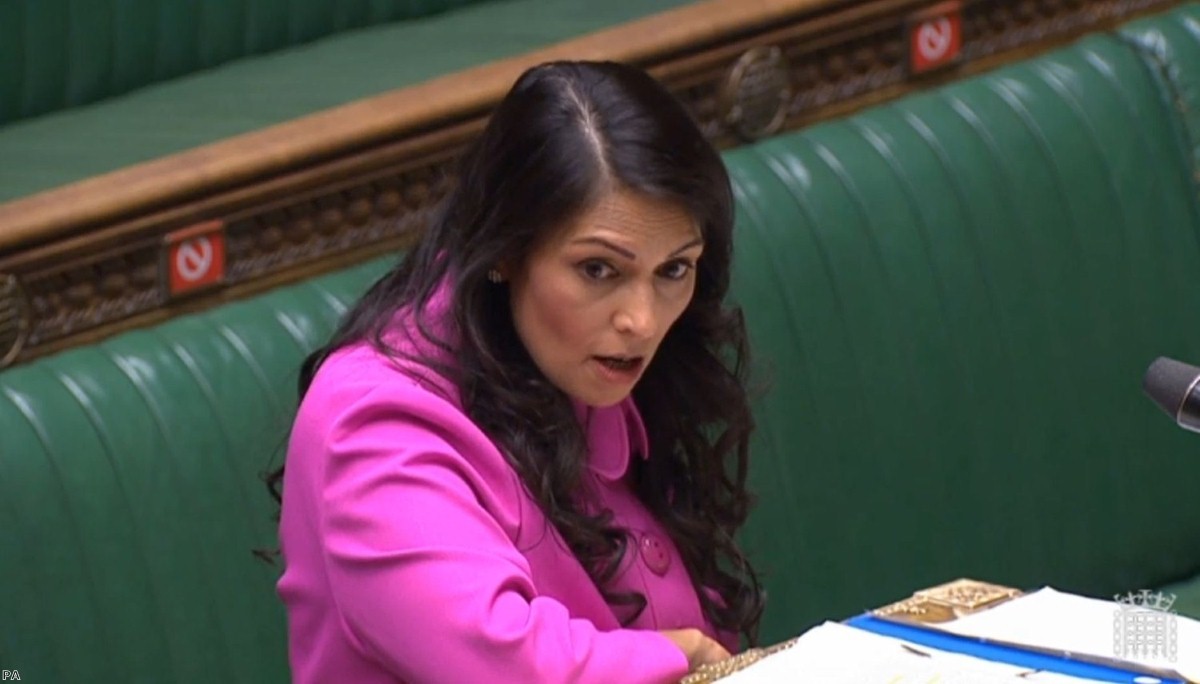 I got a letter from Priti Patel the other day, in which she expressed her satisfaction that some of the most vulnerable people in the UK today are living on less than £40 a week.

This group of people are finding this a time of intense struggle, yet most of us don’t even notice they exist and they are recognised only grudgingly by the authorities. These are individuals and families who have fled to the UK from dangers faced in their home countries, seeking safety and sanctuary on our shores. They have applied to the government for asylum and are awaiting a decision from the Home Office. If they are destitute or about to become destitute, they are provided with accommodation – usually a house share, outside London and the south east.

The decision-making process is supposed to take about six months, but Home Office figures from March 2020 show that nearly 60% of people have been waiting for more than six months, in a limbo-like existence.

These asylum seekers are not entitled to work while they are waiting. Neither are they entitled to claim benefits such as Universal Credit. Instead they are given asylum support allowance. In June the government decided to raise this allowance by £1.85 per week, to the princely sum of £39.60 per person per week. From this – less than £6 per day for each individual – they are expected to meet all their costs apart from accommodation.

To put this in context, the chancellor raised the basic level of Universal Credit by £20 per week. The basic element for a single claimant over 25 is now just under £95 per week. This was back in March. And twelve weeks later, as an afterthought, we see this almost laughable increase for asylum support.

Before you come back at me with the argument that these are not British citizens and do not deserve support from the UK government, let us remember that under the UN Convention on Refugees they are permitted to be here while their asylum applications are being considered.  They are here because they are unable to live safely in their home countries and in many cases are victims of torture, trafficking, sexual abuse and trauma that many of us cannot even imagine.

There was a time when we treated our asylum seekers better than we do now.  Asylum support levels never used to fall below 70% of mainstream welfare benefits. But this recent increase means asylum support is now just 42% of the basic Universal Credit payment.

The home secretary’s response to my concerns was that “this increase is substantially more than general inflation year-on-year”, so she was “satisfied that the increase will ensure that asylum seekers are able to meet their essential living needs”. She is correct that they will receive accommodation, healthcare and education for their children in addition to this amount. But my point still stands. The amount they receive to feed themselves and their families, and to look after their basic needs, is pitiful. It sends a powerful message about the way we treat those seeking sanctuary on our shores.

Why does the government regard this group of people with such resentment? Years of opposition to immigration by populist organisations and from within the Tory party means that ministers find it almost anathema to treat anyone arriving at our borders with dignity. It’s not considered good politics.

In normal times, refugee families have managed to survive by depending on support from local churches and community organisations, which have provided food, clothes and toys. But lockdown meant this support was greatly reduced. Libraries closed, so it was harder to access wifi to maintain communication with family, or enable their children to do home schooling. We have to expect that this situation will continue on and off for at least the next year as local lockdowns take place.

For all these reasons, costs are increasing for these families. But because they have no official status yet in this country, they are deemed to have fewer needs and to be able to survive on far less than a person on Universal Credit.

I feel ashamed by this.  At a time when we are defining what Britain outside of the EU will be, don’t we want to have an identity that we can be proud of? Shouldn’t we want to be able to point to a legacy of providing sanctuary that will inspire and motivate generations that follow us? Do we really want this grubby small-mindedness to paint the picture of who we are?

The covid emergency has brought out the best and the worst in us.  Some go shopping for their neighbours in need, some go shopping their neighbours to the police. Acts of selflessness and selfishness can pour from the same heart – mine included, which is why we need constantly to consider our motives and be ready to self-rebuke.

Does being a good neighbour stretch beyond our street and the people who look like us? Are our communities able to be welcoming to those who are not currently ‘one of us’? Can we find it within us to imagine how we would want to be treated if it was our family seeking sanctuary and offered only dregs?

Many of these families are from black or minority ethnic communities. Treating them decently shows we understand that Black Lives Matter, that we’ve learned the lessons of the Windrush scandal. The government should consider carefully how it treats everyone living in our society.

We can show the world the kind of Britain we want to be. This is the Britain I want to be part of: one that recognises neighbours in need, cares for them and welcomes them.

Tim Farron is the former leader of the Liberal Democrats, the MP for Westmorland and Lonsdale, and vice-chair of the all-party parliamentary group on migration.