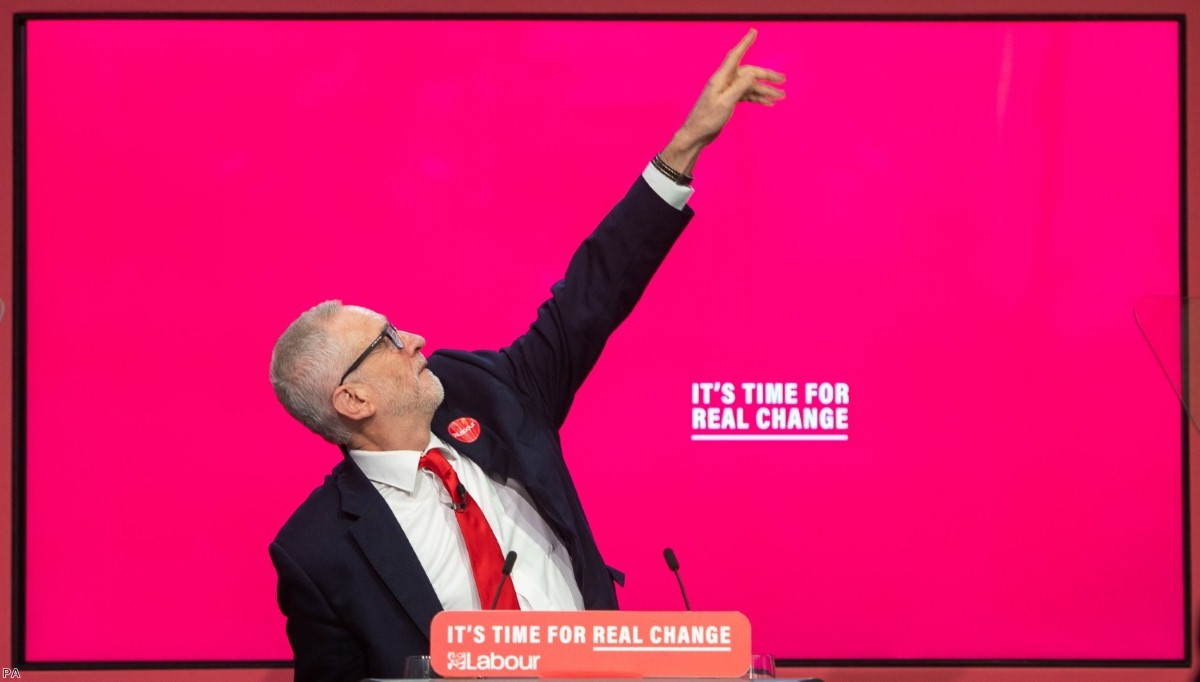 Labour leadership election: Who can vote and how does it work?

The Tory victory last week has triggered a surge in interest in Labour. Many people are becoming members in order to influence the leadership fight to come. So how does it work and what's the timetable?

There have been a number of changes to the party rules since the last contest in 2016.

The nomination requirement to get on the ballot has been changed, because the hard left were always concerned that a high threshold among MPs would enable moderates in the parliamentary Labour party (PLP) to keep more radical candidates off the ballot paper.

They therefore reduced the percentage of nominations from MPs and MEPs needed from 15% to ten per cent. At the moment, there are 203 Labour MPs and ten Labour MEPs – a total of 213 – so candidates will need nominations from 22 MPs or MEPs. The hard left will easily pass this hurdle as they have a core strength of nearly 40 MPs. If the nomination process starts after the UK has reached a stage in Brexit where it no longer has MEPs, the threshold drops to 21 MP nominations.

But that's not all. Union support was needed to get this rule change through the 2018 conference, so a trade-off took place to add an additional nomination requirement.

As well as ten per cent of MPs and MEPs, candidates must have nominations from either five per cent of constituency Labour parties (CLPs), or "at least three affiliates (at least two of which shall be trade union affiliates) comprising five per cent of affiliated membership". In other words, the grassroots, and especially trade unions, have considerable power in the process.

Both these requirements are quite tricky and could significantly reduce the number of candidates who make it onto the ballot.

There are 647 CLPs, so five per cent of them is 33. This doesn't sound many, but Momentum showed they have a very strong network for delivering CLP nominations in 2015 and 2016. If their candidate got 70% of CLPs and there were four or five other candidates fighting for the remaining 30%, some of them may get knocked out by this requirement. CLP nominations will be decided at local meetings up and down the country, which all members in a CLP are entitled to vote at.

The alternative route via affiliates enables the major unions to get their preferred candidates on the ballot. There are only 12 unions affiliated to the Labour party, of which only five are big enough to get a candidate across the five per cent hurdle – Unite, Unison, GMB, Usdaw and CWU. Each of these would need to bring a smaller allied union and a socialist society (of which there are 19 with nomination rights, now that Labour Students has been disaffiliated from the party, plus Young Labour) with them.

If some of the large unions work together to back the same candidates, it will further restrict the number who can come through this route. One can imagine scenarios such as Unite and CWU both backing Rebecca Long-Bailey, or Unison and GMB both backing Angela Rayner.

Once the field has been defined by the nomination process, who actually gets to vote?

The old electoral college, where MPs, party members and trade unions each had a third of the votes, was abolished by Ed Miliband in 2014.

Voting is now on a one-person-one-vote basis, with all the votes aggregated and counted together, all of equal value and no individual entitled to cast more than one vote.

Affiliated supporters are members of trade unions and socialist societies affiliated to the party who aren't also full party members and opt in to having a vote in the process. Some 99,000 people in this category voted in 2016.

Registered supporters are people who pay a one-off fee that just gives them voting rights in the leadership and deputy ballot and no other rights. In 2015 these were the controversial £3 supporters. In 2016 the National Executive Committee (NEC) raised the fee to £25 and only opened registration for 48 hours, but despite this 120,000 people voted via this route. The NEC decides the fee and registration deadline when it sets the timetable for the election and may be minded to set it prohibitively high to drive people towards full membership instead.

Critically different from 2016 is that then there was a freeze date for party members to be allowed a vote. You had to have signed up six months before the start of the leadership contest – ie in early January 2016 – to have voting rights as a member. But bizarrely, if you were excluded this way you could pay another £25 to get a vote as registered supporter.

In 2018 the rulebook was changed to remove this requirement. It now reads: "The freeze date for eligibility to vote shall be not less than two weeks after the approved timetable is announced and not less than three weeks before the deadline for receipt of ballot papers, with no qualifying period of membership prior to the freeze date."

This means that new members who join now, or up to two weeks after a contest has been timetabled, can vote in it. There is therefore a huge incentive on candidates to recruit new members into the party to vote for them, not just to appeal to existing members.

Voters can cast their ballots either online or by post. They will be voting for both a leader and a deputy leader, after the latter position was vacated by Tom Watson before the election. Assuming there are more than two candidates in each case, voting is not by first-past-the-post, but by numbering the candidates in a preferential ballot. The rulebook describes this as: "The votes shall be totalled and the candidate receiving more than half of the votes so apportioned shall be declared elected. If no candidate reaches this total on the count of first preference votes, a redistribution of votes shall take place according to preferences indicated on the ballot paper."

The only aspects of the timetable that are clear from the rulebook is that the process has to last at least five weeks, as the rules talk about the deadline for new members being two weeks after the timetable announcement and three weeks before the ballot closes. In practice, longer will be needed to allow CLPs time to convene meetings to make nominations. In 2016 the whole process took about ten weeks.

The NEC, which is dominated by Corbynites, has considerable powers to determine the exact timetable, the cost and timing of the registered supporter scheme and other eligibility criteria. They will meet on January 6th to take these decisions.

These details of the rules sound dry but in a tight contest they could make the difference between a continuity Corbynite and a candidate from one of the other traditions in the party winning.

Luke Akehurst is the secretary of Labour moderate network Labour First and a former NEC member.