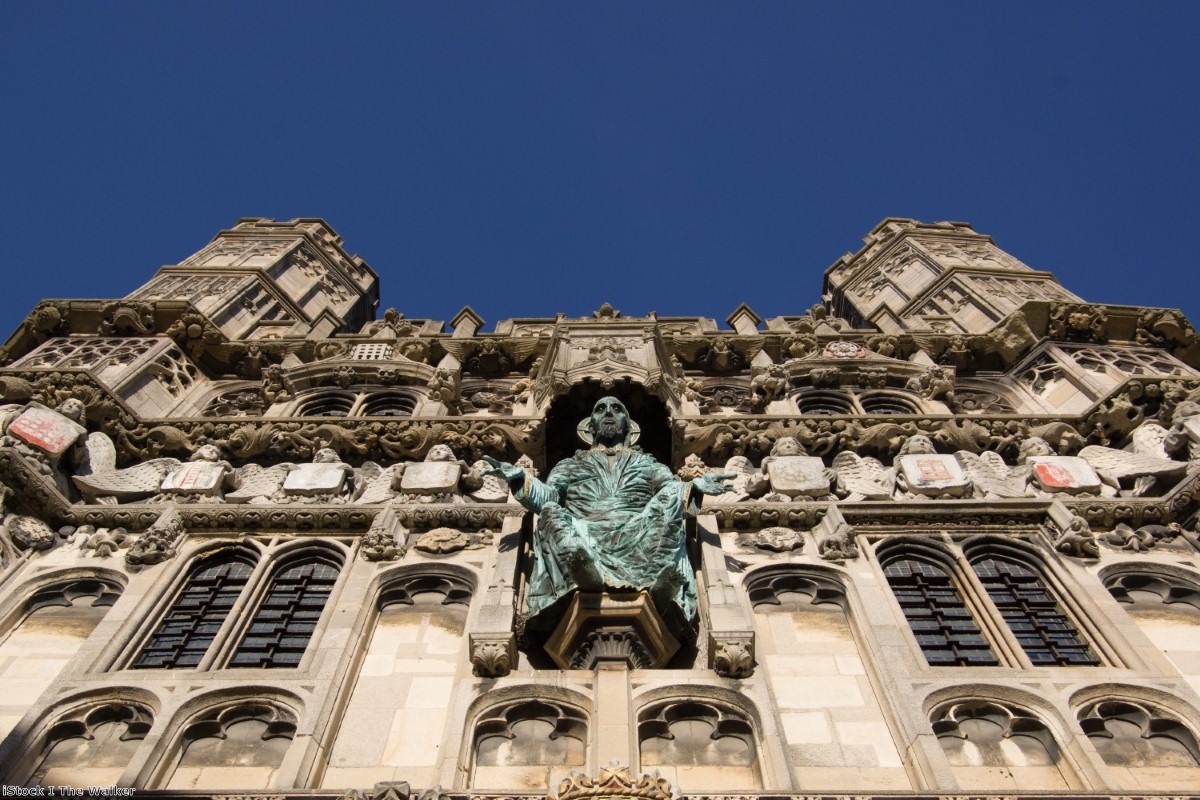 The tactical voting dilemma: Canterbury goes down to the wire

“I don’t really believe in tactical voting,” voter Emily Blake is telling Labour canvasser Huw Kyffin. “Ethically you should vote for your chosen party.” In her case that’s the Liberal Democrats, but she’s hesitant. If she backs her chosen party, she increases the chances of a Conservative victory in her Canterbury constituency.

So can he count on her vote on December 12, asks Kyffin. “Not quite yet,” Emily says, politely.

Thousands of such agonised exchanges, replicated in different ways across the country, could yet decide this extraordinary general election. Indeed, Canterbury is totemic for reasons that go beyond its status as a hyper-marginal (Labour’s Rosie Duffield won in 2017 by 187 votes).

It’s also a test of whether an attractive, energetic and independent-minded local candidate can outweigh the negatives attaching to her party’s national leadership, of the claims that the real divide in British politics is now between Leavers and Remainers, and of whether some new political  alignment may hesitantly be taking shape, at least in southern England, which is catalysed by, but not confined to, Brexit.

YouGov’s seat-by seat-analysis predicts that Canterbury will once again be Labour – the only such seat in Kent. But it won’t be a pushover. Without a chance of winning themselves, the Lib Dem leadership insisted on parachuting in a new candidate, Claire Malcolmson,  after the previous one, journalist Tim Walker, stood down explicitly to give the resolutely pro-Remain Duffield a clear run.

In reality, there are few signs of signs of active canvassing  for Malcolmson and Labour canvassers report a steady stream of Lib Dem conversions. But YouGov still identified an 11% Lib Dem base.  Anna Firth, the Tory candidate and a Vote Leave stalwart, has been luckier. The Brexit candidate withdrew and was not replaced.

Having spent a few days talking to a wide range of electors across the city – pro and anti Brexit, students and locals, working and middle class, black and white – I think Duffield can win provided she can make herself heard above the din of the air war. She must overcome two problems: doubts about Corbyn (a “bit too communist”, as one hospital porter on the minimum wage described him) and about electoral politics in general.

Duffield herself thinks that some people “are so fed up with voting and they don’t trust politicians – and when people are lying and they’re running the country or breaking the law without seeming to care, I can’t blame them”. Her answer is to stress that as the one genuinely local candidate – she has lived in Canterbury for 22 years – “I care about them and understand their way of life here.”

She responds similarly to the Corbyn issue. The Labour leader’s policies are clearly attracting many of the city’s 35,000 students, but he remains a handicap for some older voters. Duffield points to the public’s “love or loathe relationship” with both party leaders. “All I can keep saying is: ‘well, I’m  not Jeremy Corbyn’. I think it’s obvious that if there are  things I don’t agree with the leadership, I’m not going to go along with it. If you don’t like the manager of your football team during a particular season you don’t abandon your football team.”

Her public stand against the party’s handling of anti-semitism complaints are why Canterbury is one of the select seats in which the Jewish Labour Movement have campaigned. On Brexit, of course, Duffy has consistently backed a second referendum since she was elected. “I wanted the job and it was a lovely, lovely surprise,” she says. “But I don’t want it enough to compromise my principles. I promised the people here I would be a Remain MP. I had a coalition of people here including Greens, Lib Dems, even Tories, and I’m not going to let them down.” Many of the 45% of voters here who backed Leave, she suggests, care more about public services than the EU issue.

Duffield’s determination to be politically her own woman may be her primary asset. “I think all MPs have to do that now on both sides,” she says, “because the country is so divided”. And yet, even if she isn’t tribalist, she’s still wholly Labour. She picked Nye Bevan as her hero at the Whitstable hustings and her opening statement ringingly denounced “ten years of austerity and the punishing cruel harsh things it has done to poor people”, ranging from “Pip assessments to the way asylum seekers and refugees are treated by this government”.

The reference to a “coalition of people” is apt. Last weekend Duffield had the starry support at a city centre rally of Emily Thornberry in full-on Remain mode, and – partly in response to Duffield’s stunning October Commons speech describing her own abuse by a recent partner – of the Women’s Equality Party,  including an enthusiastic Sandi Toksvig.

Canterbury for Europe, one of several overlapping groupings increasingly focussed on returning Duffield on December 12, includes Lib Dems like former council leader Alex Perkins  and even former Tories, such as  Joe Egerton. As a pro-European Tory council candidate, Egerton was expelled for refusing to back the previous MP, Julian Brazier, because he accepted support from Ukip.

“I can no longer regard my former party as that of Disraeli or Macmillan,” he says. “I don’t  agree with all Rosie Duffield’s policies but she clearly believes that the only use of power is to secure the welfare of the people.”

Just before last week’s hustings Kevin Tubb, 41,  who not only used to vote Conservative but once worked for William Hague, said he would “have to hold my nose and vote for Rosie Duffield” because he was a firm Remainer. Midway through the hustings, he tapped me on the shoulder, and made a thumbs up sign. He clearly would no longer need to hold his nose.

Whether or not this presages a flight of crypto-Remain Tories to Duffield remains to be seen. But it’s telling that the Tory candidate presents such a subdued form of euroscepticism. She tweeted after the 2016 Leave vote her congratulations to “political heroes” Nigel Farage and Daniel Hannan for making it happen. But now  Firth is trying  to make Johnson’s pitch sound as palatable as possible to Remain-inclined voters. “It’s not a far-right, Farage deal,” she insisted to Whitstable voters last week.

Canterbury has in fact had an anti-Tory majority since 1997, one that failed to mobilise in successive elections because it was split between Labour, the Lib Dems, and latterly the Greens. Everything could come  down to whether voters like Emily Blake can bring themselves to back a Labour candidate as a way to stop the Tories.

If she wins it will be more than just a Labour victory. It will be a triumph for that “coalition of people” and a much-needed boost for the social democratic tradition in British politics.

Donald Macintyre is a former political editor and political commentator of the Independent, and the author of Mandelson and the Making of New Labour.