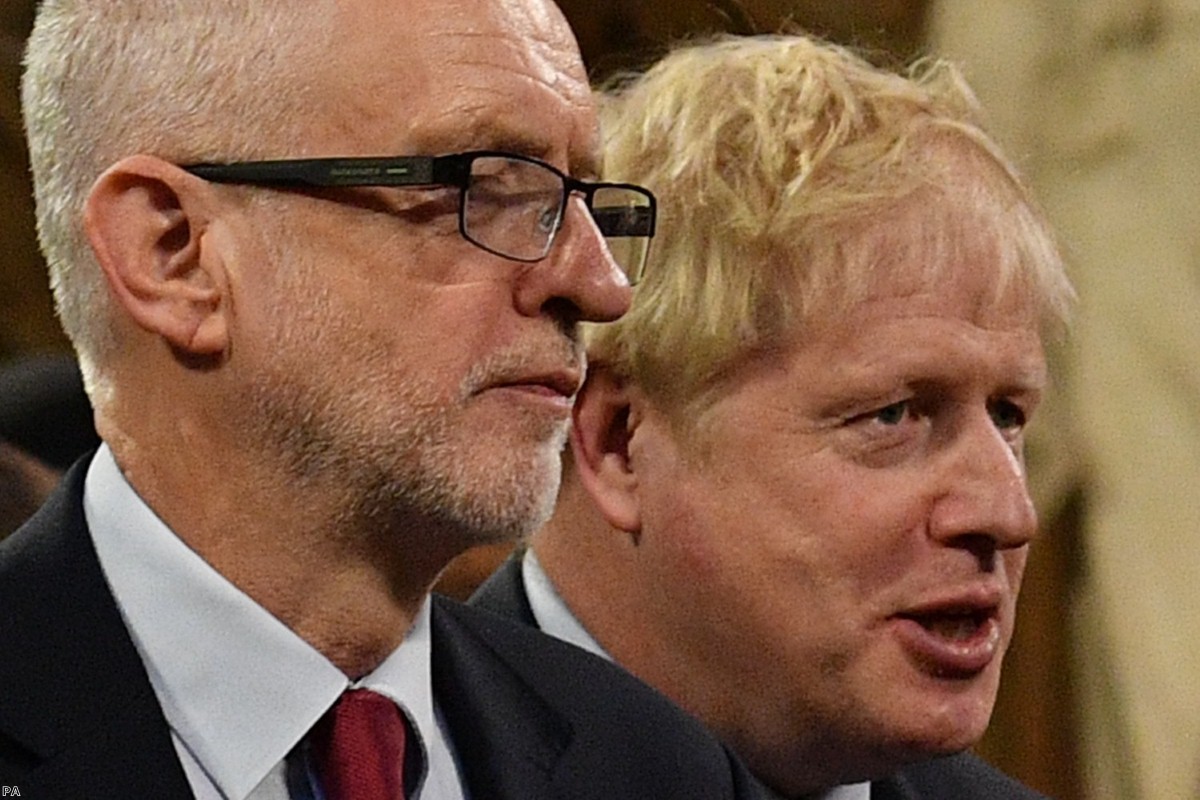 Election 2019: The ethics of voting for the lesser evil

Voting is a moral matter. It requires considering others, not just ourselves. It also frequently involves agonising moral trade-offs. Millions of UK voters are finding this right now. Those who are appalled by both the Tory government and Labour – due mainly, in the latter case, to the party’s record on anti-semitism – are especially conflicted.

Moral philosophy can help with the answers to problems of this kind. It can be permissible to vote for the lesser evil. But there is moral small print to follow – especially when it comes to how you act afterwards towards those whom your vote disregards. Opting for the lesser evil leaves a moral residue. You can't just make your choice and move on.

Or at least that's the case if we reject, as most do, the moral view called consequentialism. Consequentialism tells us that we ought always to do what has the best consequences overall, no matter what it takes to achieve them. But this maxim, while simple and elegant, carries implications that are too hard for most of us to accept. For it is a denial that there are moral limits on how we treat others, or the sacrifices we may impose on them, to bring about the best outcome.

Committed consequentialists would have no qualms about voting for a party that poses a threat of injustice to some, if it is necessary to avoid a greater evil. Those who do feel such qualms, however, presumably do so in part because they sense that it matters morally not only how much evil occurs, but how our actions will connect us to it. They presumably sense, in particular, that there is a difference between an evil that we merely allow, and an evil that we cause or help enable. Doing the latter, most people think, is more difficult to justify than doing the former.

To say that something is difficult to justify, of course, is not the same as saying that it cannot be justified. Some people do think that there is an absolute moral prohibition on harming or transgressing the rights of others, no matter how much good results. But as with consequentialism, this position seems too extreme. Common-sense morality is more moderate: it suggests that we each have rights not to be harmed or put at risk that are difficult to override – but not impossible.

The famous 'trolley problem' illustrates this. Imagine being a bystander to an unfolding tragedy. A runaway trolley is hurtling down the track towards five innocent people, who will be killed if nothing is done. You're standing next to a switch which will divert the trolley onto a branch line, saving the five. But unfortunately there is one innocent person there, who will therefore be killed.

Most of us accept that it is permissible to throw the switch in spite of this. We accept, then, that it can be defensible to cause a lesser evil – to transgress somebody's rights against harm – in at least some cases.

Two features of the trolley problem seem particularly significant in helping to justify the choice to act. First, the outcome avoided is not only marginally but much worse than that caused. It would intuitively be wrong to turn the trolley to prevent only, say, one death and one headache – the rights of the person on the branch line are not so easily overcome. They do, however, seem overridable to prevent five deaths (if you disagree, just keep upping the numbers).

Second, the harm we cause is foreseen, but not intended. We are not deliberately targeting the one, nor using him to save the five. Harming him is merely an unavoidable side-effect of saving them.

While the trolley problem is fanciful, the justification for acting can apply in the real world. It is, for instance, the standard basis on which 'collateral damage' to civilians is defended in war. And it also seems possible for a voter to justify supporting a party that they judge represents the lesser evil in an election on parallel grounds.

It seems, in particular, to be reasoning along these lines that currently informs the voting intentions of a significant number of people with broadly progressive politics, who we can call Reluctant Labour Voters, or RLVs.

These voters accept the long-running critique of Labour under Corbyn to the effect that it is at least culpably careless and myopic on matters of anti-semitism. And they think that, other things being equal, they would be under an obligation, owed to Jewish people, not to help the party acquire power in its present state.

But they also think that other things are not equal, since the risks from Labour are dwarfed by the injustices that the Conservatives threaten, through their policies on welfare, the hostile environment, Brexit, and so on. Because of this – and because RLVs do not intend the risk that they judge the party to pose on racial equality – they conclude that it is justifiable overall to 'pull the lever' for Labour.

This reasoning is rejected, of course, by wholehearted Labour supporters who deny that the objections concerning anti-semitism hold water. And it is also rejected by those who think the objections are valid and so serious that a Labour vote cannot be the lesser evil.

I have nothing original to add to the extensive public debate on these issues. But I do want to point out that the RLV argument, even if you accept it, is incomplete. It requires a further thought.

There are circumstances in which it is permissible to act against someone's rights. But when you infringe a right – even justifiably – it does not cease to exert moral force over you. Instead, you acquire a responsibility to do something to redress the balance between yourself and the person whose right it is.

This is a moral consideration that the trolley problem obscures. Because the person onto whom we redirect the trolley dies, there seems no way to make it up to them. But ordinarily there is.

Suppose you are caught in a blizzard. You will die unless you break the window of an empty cabin and burn the furniture to keep warm. This is clearly morally justifiable. Equally, however, the cabin owner has rights here that they have done nothing to forfeit. So you should apologise, and, if possible, compensate for the damage.

Similarly, there are things that RLVs could do, after or alongside their vote, to attempt to make amends to Jewish people. They could acknowledge that relevant moral rights have not been honoured and apologise. More importantly, they could make strenuous additional efforts, beyond those that we should all make anyway, to fight anti-semitism, within Labour and beyond.

Perhaps there will be some Labour voters on whom these responsibilities would not fall equally. These may include those who are especially vulnerable to Conservative policy, or whose Labour candidates have especially strong records on anti-semitism. But these cases aside, those who accept that they would be obligated to reject Labour on grounds of anti-semitism were it not for the dire straits the country is in must accept that, due to their votes, they are now on the moral hook to provide a form of redress.

If enough Labour voters took such action, it might go some way to reassuring Jewish people that, contrary to the concerns expressed in a recent much-discussed and gut-wrenching editorial in the Jewish Chronicle, they are not a mere irrelevance within the moral deliberations of their compatriots.

More generally, taking this kind of compensatory or corrective action is an important way to affirm that our fellow persons continue to matter, that they are owed respect, even when placed on the losing side of a tragic moral trade-off.

Jeremy Williams is a lecturer in the Department of Philosophy at Birmingham University.