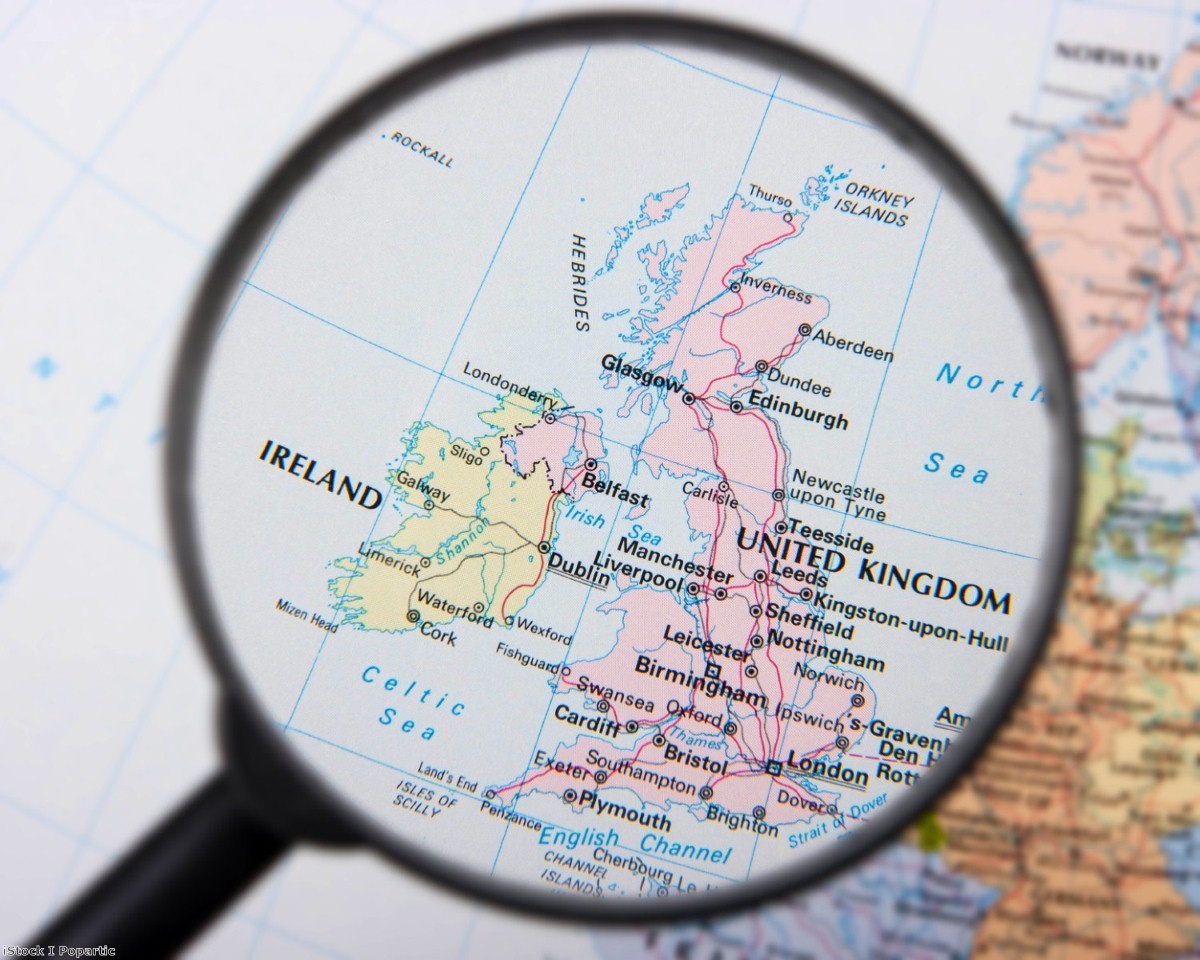 The Remainer election guide: Where to campaign

While attempts to create an all-encompassing Remain Alliance foundered on the rivalry and mutual animosity between Labour and the Lib Dems, many Remain activists want to help defeat the Conservatives at this election regardless of party identity.

Despite high profile examples of seats where two non-Brexit parties – which includes, for our purposes, Labour – are both trying to win, there are far more marginals where the battle is between a non-Brexit party and the Tories, or the DUP in Northern Ireland.

What follows is a selection of key seats where Remain activists keen to get involved can help out. They have been chosen not just because of their marginal status, but also to provide a geographical spread within each region and a choice of parties where appropriate.

The only criteria are that the seat is a plausible marginal, the party is not pro-Brexit and the rival party is pro-Brexit. It takes no view of any other issue or controversies, other policies, broader agendas, party leaders, post-election alliances, issues with specific candidates. This list is not an endorsement of any of those things. Your mileage may vary.

To help canvass in any of these seats, get in touch with the local party – details will be online or on Twitter, or via national party HQs.

In all cases, however, remember that the local party knows the seat, knows the electorate and knows its strategy and objectives. Always follow the instructions provided by the local canvassing organiser and be respectful of their party identity and policies. This is critically important. The local campaign may not be focusing on Brexit at all – this will be for a reason.

Accept that reason and abide by it. In short: don't turn up to a Labour Leave marginal dressed as EU Supergirl and start shouting "Stop Brexit!" at voters while denouncing Corbyn. If you want to do that, Steve Bray is running for the Lib Dems in Cynon Valley.

The huge attention being paid to the seats of Iain Duncan Smith and Boris Johnson risks drawing resources away from other key seats, such as BATTERSEA, which Labour won in 2017. Their 4.4% majority could be vulnerable to the Tories though – and Remainers cannot afford Tory gains in Inner London.

Meanwhile, Luciana Berger is trying to take FINCHLEY AND GOLDERS GREEN for the Lib Dems in a seat where Labour is likely out of the running due to concerns over anti-Semitism. And then there is CHINGFORD AND WOODFORD GREEN, where a huge canvassing operation is trying to win IDS' seat for Labour.

Foreign secretary Dominic Raab is nervously looking over his shoulder at the Lib Dems in ESHER AND WALTON, with local polling showing that Monica Harding could win the seat from the arch Brexiter if backed by tactical voting.

WOKINGHAM offers the Lib Dems another big Brexiter scalp in John Redwood if tactical voting comes into play, while CANTERBURY is a must-hold for Labour and their sitting MP Rosie Duffield.

For those exhausted by party bickering, EAST DEVON could realistically see a win for Claire Wright (@ClaireWrightInd on Twitter), a genuine independent candidate backed by Unite to Remain. She shrunk the Tory majority in the seat at the last election and could take it this time, against Dominic Raab's former special adviser Simon Jupp.

Elsewhere, Labour is in a fight to hold STROUD from the Tories, while the Lib Dems are hoping to retake some of their old seats including WELLS.

Heidi Allen may be stepping down but local polling shows the Lib Dems still have a solid chance of taking SOUTH CAMBRIDGESHIRE with the aid of tactical voting.

The party is also trying to hold onto NORTH NORFOLK as Norman Lamb retires, while Labour is in a fight to save BEDFORD from the strongly pro-Brexit Tory Ryan Henson.

Entering pro-Brexit territory, Labour could use some help in DERBY NORTH, not only to beat the Tories but also to see off an independent run by the wretched Chris Williamson, the incumbent MP blocked from standing for Labour over anti-Semitism.

Local polling shows Labour have a chance of holding the key Tory target of GEDLING, while LOUGHBOROUGH could be a Labour gain if polling shifts and the university vote comes out.

This region is full of Leave-voting Labour marginals, but WARWICK AND LEAMINGTON, a surprise Labour gain in 2017, is a rare Remain-voting seat with a substantive university vote to boot. As Labour starts showing signs of firming up its middle class Remainer vote, this seat is a crucial battleground.

BIRMINGHAM EDGBASTON, held by Labour since its election-defining win in 1997, also voted Remain and has a large BME population. WOLVERHAMPTON SOUTH WEST voted Leave, but is the least Brexity and most marginal of the three Wolverhampton seats, all of which the Tories want to gain from Labour

Mary Creagh has been a consistent Remain supporter and is once again in a fight to hold Leave-voting WAKEFIELD for Labour in a seat where the Tories have switched candidates due to bigoted social media posts.

COLNE VALLEY voted almost 50-50 in 2016 and was won by Labour the following year by a sliver – in fact, nobody has won a 10% majority here since 1992. For the optimists out there, tactical voting could help Labour take SHIPLEY from the odious Philip Davies.

The Lib Dems are hoping to retake their old seat of CHEADLE in Greater Manchester. Cheadle voted Remain in 2016 and the party rates its local candidate, Tom Morrison, highly. A swing of a little over four per cent from the incumbent Tory MP Mary Robinson should do it.

Labour is defending a series of marginals in the region, some of which are less Brexity than others. WARRINGTON SOUTH is another seat where Labour's growing strength among middle class Remainers could help them hold on against the Tories. BLACKPOOL SOUTH is a different beast politically, but if Gordon Marsden, a survivor of the 1997 intake, can hold on it would be a big blow to the Tories' hopes of a majority.

Of all the Leave-voting regions of the UK, the North East is where Brexit's star has fallen fastest as manufacturers start shedding jobs in response. Tony Blair's old seat of SEDGEFIELD is a Labour must-hold and the local MP Phil Wilson is an ardent Remainer – though given the seat voted 60% for Leave, the local Labour campaign might not be based on that.

Elsewhere, Labour will be fighting to hold on to STOCKTON SOUTH. If the party's polling improves, long-serving Helen Goodman could save ultra-marginal BISHOP AUCKLAND.

With Labour's polling strengthening in Wales, the list of battlegrounds appears to be shrinking. But GOWER, which has changed hands twice in the last two elections, is still in the Tories' sights – and the party's candidate, Francesca O'Brien, gained notoriety for saying that benefit claimants needed 'putting down'. Just the sort of person to keep out of parliament.

Elsewhere, Remain-voting CARDIFF NORTH is a must-hold for Labour, while the Lib Dems will benefit from a non-compete deal with Plaid as they try and consolidate this year's by-election win in BRECON AND RADNORSHIRE.

If the Tories do well in Scotland, the job of voting them out of office becomes much harder. There are no Scottish seats which are purely battlegrounds between unionist parties. The SNP are the main challengers in all Tory seats north of the border. EAST RENFREWSHIRE voted fully 75% for Remain, and is midway down the list of Tory majorities at this election.

Remainers will want the SNP to gain ABERDEEN SOUTH. Nearer the border, DUMFRIES AND GALLOWAY has a larger Leave vote and also leans more firmly against independence – an SNP gain here is a taller order, but would be a sign of a Scottish Tory meltdown.

The nationalist SDLP and Sinn Fein have agreed a mutual non-compete deal that leaves the former with a relatively clear run at BELFAST SOUTH, currently held by the DUP but targeted by the SDLP's Claire Hanna.

The flip side of that quid pro quo is that the SDLP are standing aside for Sinn Fein in BELFAST NORTH, where DUP bigwig Nigel Dodds could be felled.