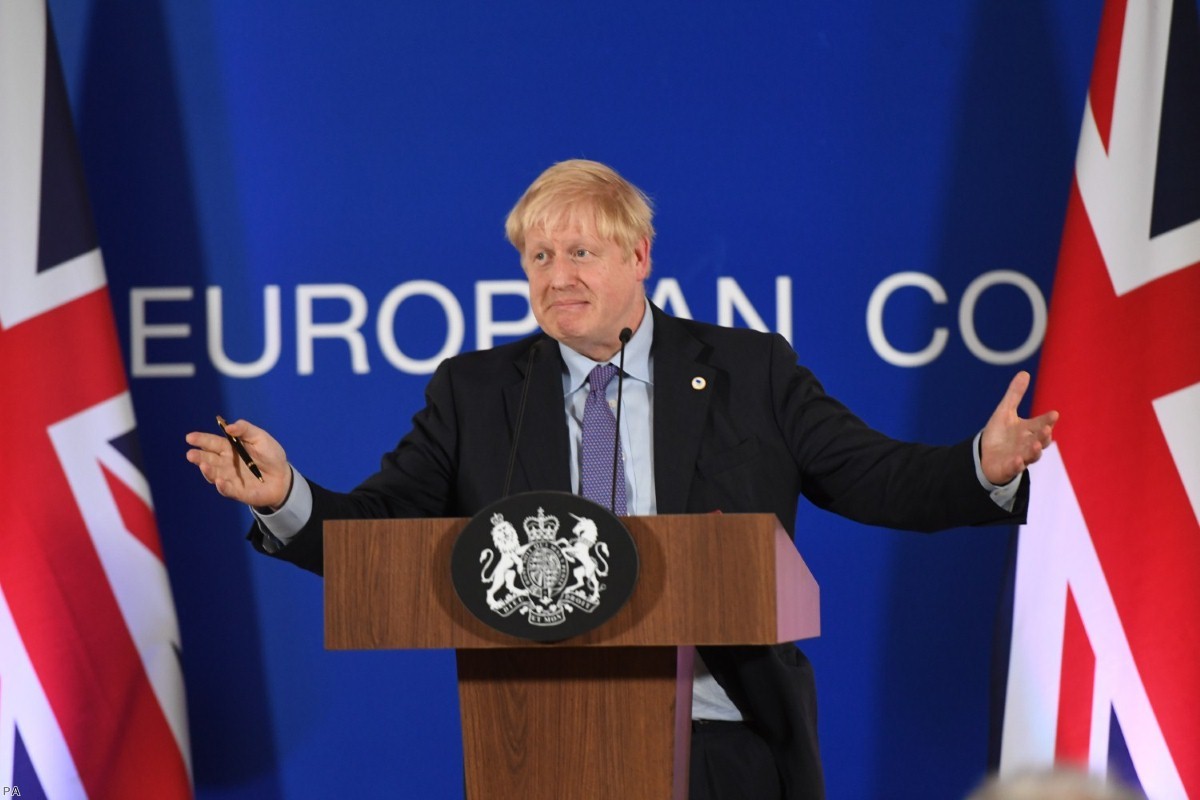 Labour pro-dealers: The question is, do you trust Boris Johnson?

On the face of it, it's the most absurd question in British politics. Few MPs, even those on his side, would buy a used bike from him, let alone a used car. In his personal and political life he is, to put it mildly, pathological. But the clutch of Labour backbench MPs tempted to back a deal now have to ask themselves a simple question: Do they trust Boris Johnson?

The likes of Stephen Kinnock and Sarah Champion must now decide whether Johnson's Brexit deal does what he says it does. Their party will whip them to vote against the deal, but won't kick them out if they disagree. Nor should it – facing down one's own constituents in Leave voting seats is not lightly done, and should not be forced at gunpoint.

The MPs' dilemma has come down to the so-called level playing field (LPF) commitments – ensuring the UK doesn't undercut EU standards on workers' rights, environmental standards and consumer protections, which MPs like Kinnock have set as the test for whether they can back a deal.

Theresa May agreed to maintain existing EU standards in these areas and put that commitment in the legally-binding withdrawal agreement. Johnson was initially ready to drop them. Yet at the eleventh hour, he conceded. The political declaration states: "The Parties should uphold the common high standards applicable … at the end of the transition period in the areas of state aid, competition, social and employment standards, environment, climate change, and relevant tax matters."

This is necessary in order to secure a tariff-free, quota-free trade deal with the EU. It does, however, go against the deregulatory drive of Tory Brexiters. It was an unexpected move, and one that looked at least in part designed to get wavering Labour rebels on board.

But unlike the withdrawal agreement, the political declaration is not legally binding. Having held out against including LPFs, the government has agreed to them – but not in a way that can actually be enforced.

What is more likely? Is it 'Classic Dom' -a tactic whereby the government meant all along to sign up to LPFs but held them back until the last moment to clinch the support of the EU27 and Labour rebels? Or is Johnson's last minute switch to a legally non-binding statement a weightless object that, the moment a deal is passed, will just float off into space?

It is not possible to satisfy the demands of both right wing Brexiters and pro-deal Labour MPs on this point. Indeed, there is evidence that 90s-era Eurosceptics aren't happy with Johnson's deal. The old school eurosceptics in the Bruges Group oppose the deal and veteran Eurosceptics like Owen Paterson and Iain Duncan Smith are thought to be restive.

Someone is going to get burned. The question for Labour MPs is whose side will Johnson take once Britain is out of the EU. It's true that Dominic Cummings is no friend to the ERG. But equally, they are Tory MPs while Labour MPs are not. To assume Johnson will side with opposition MPs when push comes to shove would be quite the leap of faith.

Then there is the matter of 'healing Britain's divides'. Part of the case for backing Johnson's deal is to bring an end to the rancour that has enveloped British politics and parts of British society for the last three and a half years.

But, as has regularly been said, this does no such thing. Once Britain has left the EU a new countdown begins – the implausibly short transition period to reach a free trade agreement with the EU before Great Britain (but not Northern Ireland) defaults into no-deal, at which point any LPF commitments also expire. This is liable to be a politically fraught process.

On top of that are trade talks with the US, the votes in Stormont on whether to maintain Northern Ireland's special arrangements, a possible Northern Irish border poll, a likely Scottish independence vote (with or without Westminster's permission). All are triggered or made more likely by passing what is a hard Brexit deal.

None sound much like healing divides. And during all this instability, how much investment into Britain's economy – into its manufacturing base, its services, its neglected regions – do MPs expect will take place?

But the worst aspect, and what should give greatest cause for concern, is the pace at which this is being rushed through. This will be Britain's most significant political decision in generations, and its consequences will reverberate for decades to come. This isn't like a bad domestic policy that can be quickly reversed after a few years if it goes wrong.

The length of debate in parliament is another matter. Why is the government so keen to rush this through, opposing even a day-long debate on the measures? In ten years time, who will remember if Brexit was briefly delayed in order to fully consider the planned deal? But we are expected to believe that the world will cave in if we do not leave the EU on the dot at the end of the month.

Johnson is trying to bounce parliament into backing his deal. Again, why? And what does the answer to that question say about whether he can be trusted?

The prime minister has shown time and again that he will say and do anything to increase and maintain his own power. Less than a year ago he said that "no British Conservative government could or should sign up" to an Irish Sea border.  He lied about his reasons for proroguing parliament just last month. He has now casually thrown the DUP under a bus.

The question facing Labour's pro-deal MPs comes down to this: Do you trust Boris Johnson? Well, do you?