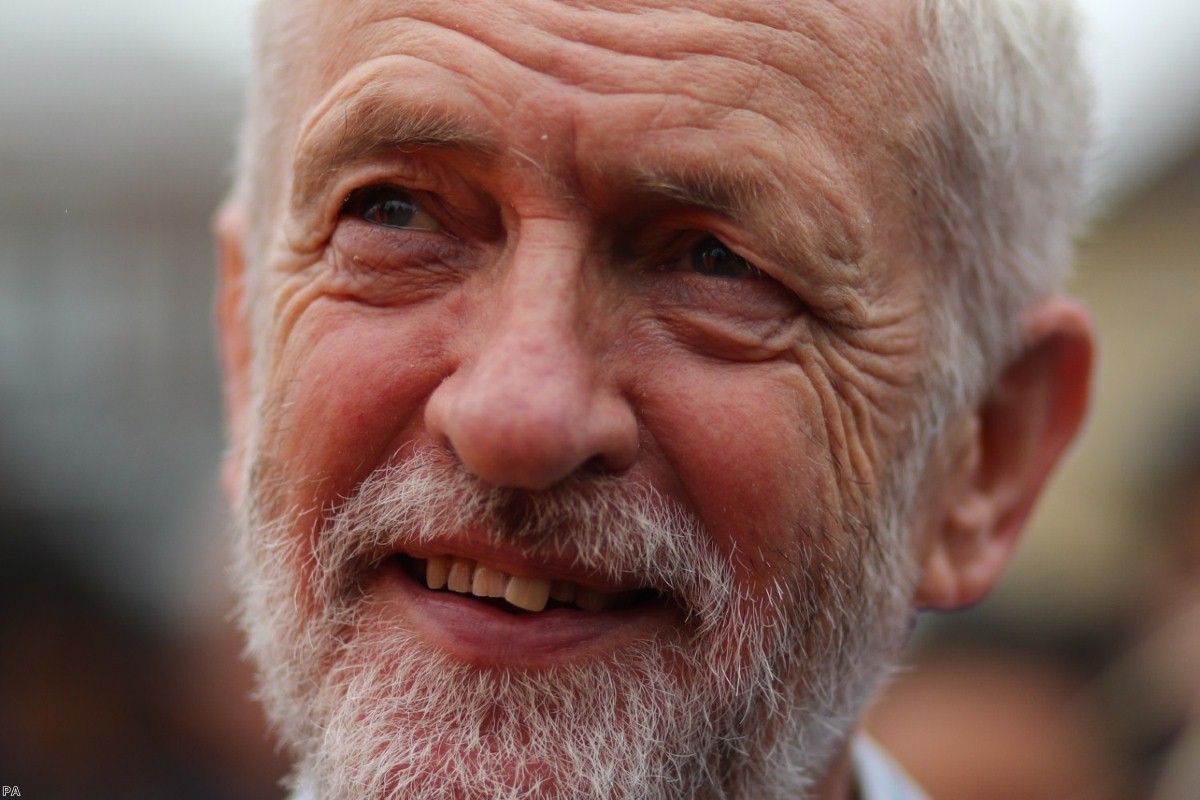 The end of Theresa May began with free school meals.

In April 2017, with his party's poll ratings on the floor, Jeremy Corbyn announced that a Labour government – at that point more a punchline than a prospect – would impose VAT on private school fees in order to expand free school meals to all primary school pupils in England.

The unexpected announcement sparked hysterical attacks from the right wing press, but it landed well with voters, garnering the most public support for pretty much anything Corbyn had said since becoming leader.

By taxing the rich to expand social provision – in this case to the middle classes – Labour found the model for its election manifesto the following month, which helped overturn May's majority from a standing start.

At Labour's conference last week, members voted to go further, basically abolishing private schools outright. Charitable status and public subsidies would be withdrawn, and the assets and funds held by private schools would be redistributed.

The first poll in response found half the public opposed the move, with barely one in five in support.

The transformation of Labour's private schools policy from light-touch redistribution to outright abolition reflects the party's more radical turn over the last year – and the associated risks.

With the Tories rhetorically – though not actually – ending austerity, Labour is lining up a 'people v the privileged' election campaign, building on 2017's 'for the many, not the few' slogan. They intend to  ride the populist wave and secure a mandate for the transformative change Corbyn and John McDonnell want.

The party's 2017 manifesto took a big and successful political risk in departing from austerity in a way Ed Miliband never dared and was able to exploit voter fatigue with spending cuts as a result.

But the 2017 manifesto was risk-averse in one key respect. Hastily pulled together in response to May's snap election announcement, it promised little that the British electorate had not, at some point, seen before. Most of its pledges wound the clock back – to before austerity, before privatisation, before the gig economy. Labour was offering a return to a better past, promising a Britain that still existed in the electorate's collective memory.

Now there are more radical proposals – abolishing private schools, creating a state-owned pharmaceuticals firm, abolishing Ofsted, forcing companies to give workers an equity stake. More may follow in the manifesto itself.

These measures may be justifiable, but do they meet key voter priorities? They certainly satisfy Corbynism's radical id, and address the need for transformational change that is now universally accepted in the ecosystem of think tanks, advisers and activists around the Corbynite left.

They could also blow up during an election. It only takes one element of one policy to derail a campaign. Two examples of this came in 2017. One was the dementia tax, which sank the Tories. The other was the 'garden tax', which nearly saved them. This was the Tory rebranding of Labour's proposal to consider a Land Value Tax. It was Labour's good fortune that Tory central office ignored candidates' demands to focus on this instead of Brexit.

By going beyond the tried and tested proposals of 2017, Labour is gambling that its radicalism will chime with the public mood for change, rather than scaring voters off or imploding under scrutiny.

The bones of an effective Labour campaign are there. Free elderly care ought to take centre stage. Together with scrapping Universal Credit, strengthening tenants' rights, abolishing prescription charges and capping school uniform costs, Labour has a raft of measures that would give people greater economic security and certainty. Taking back control, if you will.

Labour's more radical measures give the party a mandate for transformational change – a root and branch reworking of Britain's socioeconomic model to address inequality and climate change, while dismantling the structures of elite power and privilege.

But they could also scare off the middle class liberal Remainers whose votes are crucial to their electoral fortunes in Reading, Cambridge, Milton Keynes, Canterbury, Norwich, Watford, Southport, and the leafy marginals of London.

These voters are already alienated by the party's handling of Brexit, reinforced by last week's conference manoeuvres to prevent Corbyn from having to take a side. They are economically more secure and potentially wary of radical economic reforms.

They might also run away from tax rises. Labour helped attract these voters in 2017 by not taxing them. The party's manifesto avoided raising income taxes on anyone earning below £80,000, defusing any Tory 'tax bombshell' attack line. But the result was a lack of money to reverse benefit cuts. Now Labour has committed to much higher spending, including free elderly care. Can the party hold the line on professional class taxes, or will they breach their £80k firewall? If the latter, the Lib Dems will try and profit.

The big picture is that Labour is trying to cut across the Brexit 'culture war' by returning to class war. Corbyn's Brexit neutrality is one prong of Labour's strategy to hold on to working class Leavers. The other is their radical anti-elite positioning. If they can win enough working class votes in Mansfield and Morecambe, they can live with missing out in Reading West and Putney.

But are private school abolition and state-run pharma going to win votes the party doesn't yet have, or simply lose votes the party already does? Perhaps neither – we don't yet know. And the Tories may yet shed so many votes to Nigel Farage that it doesn't matter anyway.

But the biggest problem is Corbyn himself. The Labour leader is dismissed, derided and detested nearly across the board – it's about the only thing that does unite Britain. He is the most unpopular opposition leader since records began, and has worse ratings now than he had going into the 2017 election, when he briefly transformed his standing. Socially conservative Labour Leavers don't rate him and hard Remainers don't trust him.

The danger is that both with its policies and its leader, Labour is asking older working class voters to bite off more than they can chew, while giving middle class liberals little to feed on.