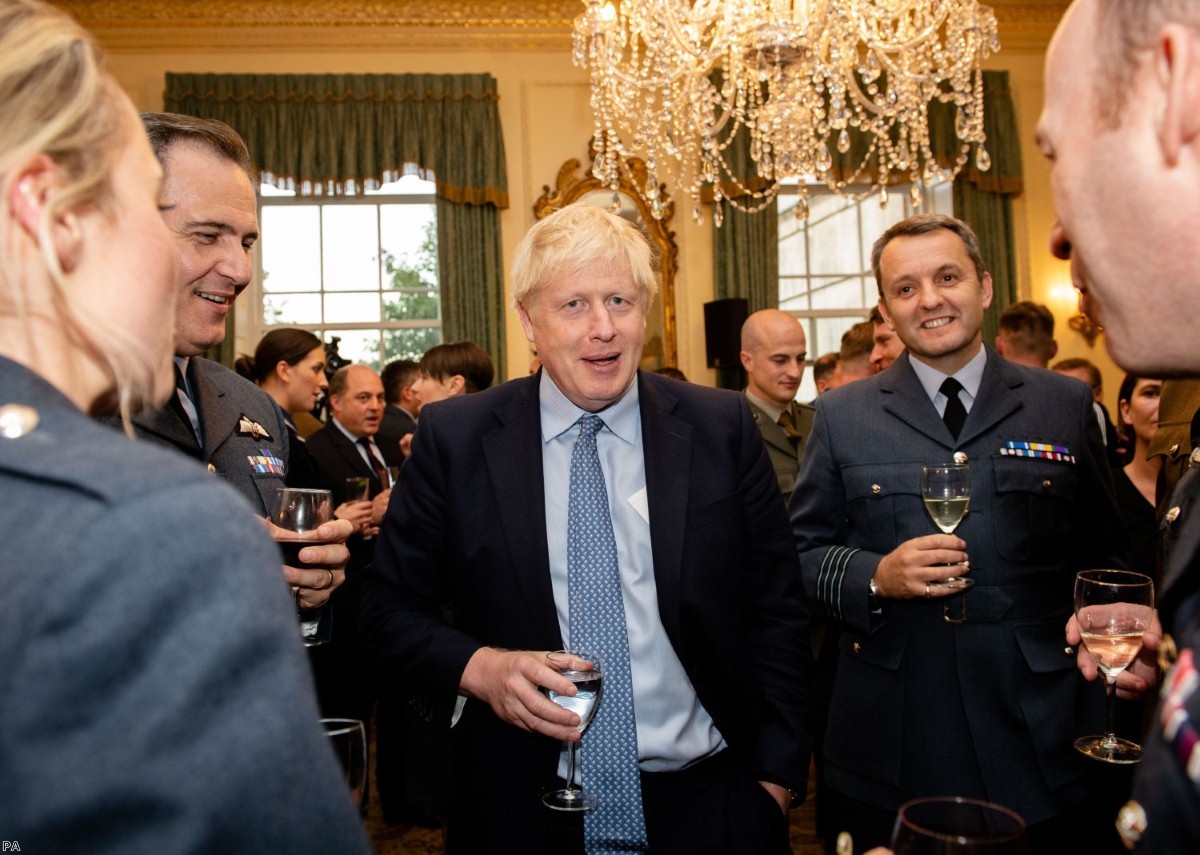 Boris Johnson’s moment of truth is finally upon us. Yesterday evening the prime minister of Finland, which holds the EU Council’s rotating presidency, announced that our favourite cartoon character must submit his legal proposals to replace the backstop by September 30th, or ”it’s over”. The deadline provides a generous extension to Angela Merkel’s previous offer of 30 days, which expires tomorrow, and allows EU leaders the necessary time to consider any new proposals before the summit on October 17th, when a new deal must be signed off.

Sadly for Johnson, this is not so much an essay crisis as a sci-fi challenge. The UK has had three years to come up with a system which implements different economic regimes for goods on the island of Ireland while obviating the need to check any of them at the land border. It will not suddenly invent one in the next eleven days. If Johnson fails to submit a proposal, the EU will forget about signing a new deal next month. If he does submit one, it will combust the Tory conference on its first day. Not for the first time in his short and dire premiership, the prime minister is completely trapped in a hole of his own making.

There is no replacement for the backstop which will satisfy everyone’s red lines. The government’s current informal proposal of an all-Ireland agri-food zone ignores the issue of the rest of the goods trade and also the small matter of customs. When the UK signs its new trade deals, the EU will need to ensure that goods from third countries are not arriving in Northern Ireland tariff-free and then slipping, untaxed and unregulated, into the Republic and the rest of the EU.

That is why the only realistic solution in the time-frame is the one suggested by Brussels from the start: a Northern Ireland-only backstop. It’s the only deal Ireland will agree to. It’s the only deal ready to sign off. And it’s the only deal that comes close to solving Johnson’s predicament. Sadly for the prime minister, this deal will also destroy him.

The NI-only backstop works for Johnson because he doesn’t care about Northern Ireland or the DUP, and does care about delivering Brexit and signing new trade deals. If Northern Ireland were to stay in the EU’s customs union and single market for goods, Great (sorry, Global) Britain could buccaneer across the seas to its heart’s content while Dublin became the de facto guardian of Northern Ireland’s economic interests in Brussels.

So what happens if Johnson finally relents and brings it before parliament? Put simply, it disintegrates. The DUP could never support it in its current form. The backstop not only necessitates customs and regulatory checks in the Irish Sea, but also exempts Northern Ireland from the UK’s new commercial policy and trade deals. It produces an economically united Ireland, which, they must fear, would eventually precipitate a psychologically united one as well.

The DUP’s hostility would also provoke serious consternation on the Tory backbenches. It is, after all, named the Conservative and Unionist Party, and it is hard to see how they might back a deal which Theresa May insisted (and Johnson agreed) no British prime minister could ever accept. It is not just the ERG which would rebel. More moderate Tories would also join battle.

Johnson therefore needs to bring over supporters from the other side of the House. It is hard to see from where. The SNP, Lib Dems, Change, Plaid and Greens, along with a few of the purged independent Tories, are not going to vote for any Brexit deal. The Labour leadership would only ever whip for one with a confirmatory referendum attached to it. Now there is a law effectively stopping no-deal on October 31st, several of the would-be Labour Leavers would also feel far less pressure to back it. Who wants to tell their constituents that they signed up to a Tory Brexit, saving Boris Johnson’s skin, for absolutely nothing in return?

Johnson’s woes would not end there. Faced with a May-style ‘betrayal’, the Brexit hardliners would quickly move to defenestrate him. Steve Baker and his ERG colleagues owe Johnson no personal loyalty and have no direct interest in seeing him remain as leader. Johnson could quickly face an internal vote of no-confidence, probably at the same time as Jeremy Corbyn launched one in parliament. Needless to say, Nigel Farage would enjoy every second of it, and capitalise to the full in the ensuing election campaign.

Perhaps the most hilarious aspect of the deal is that parliament could support it and it would still destroy the prime minister. The key is in the timetabling. Johnson and his arsonist sidekick Dominic Cummings thought they were being extremely clever when they prorogued parliament to stop MPs blocking no-deal. What they in fact did was stop parliament approving any deal.

Parliament now returns on October 14th for the Queen’s Speech. Two days of compulsory debate on that speech will follow. The day after that, the EU summit will begin, ending on Friday October 18th. The Benn Act specifies that parliament must approve a deal in a meaningful vote by October 19th or else Johnson must request an extension.

When are MPs going to have the chance to approve anything? Even if we assume the prime minister returns on the Friday waving a piece of paper, there is no time for parliament to scrutinise the document, still less to vote on it. Johnson could make the shattering concession of a Northern Ireland-only backstop and would still have to break his existential pledge not to seek a Brexit delay. As a morality tale this man’s premiership almost feels too on the nose.

Johnson is quickly discovering that Brexit will ruin him just as it did both his predecessors – and how. He can’t accept the current backstop. The Yellowhammer leaks mean he can’t accept no-deal. He has to seek a Brexit extension in all circumstances even though he proclaimed he would rather die in a ditch. After weeks of catastrophic blunders and own goals, he is finally set to bury himself under the monument of his own primal hubris. It would take a heart of stone not to laugh.