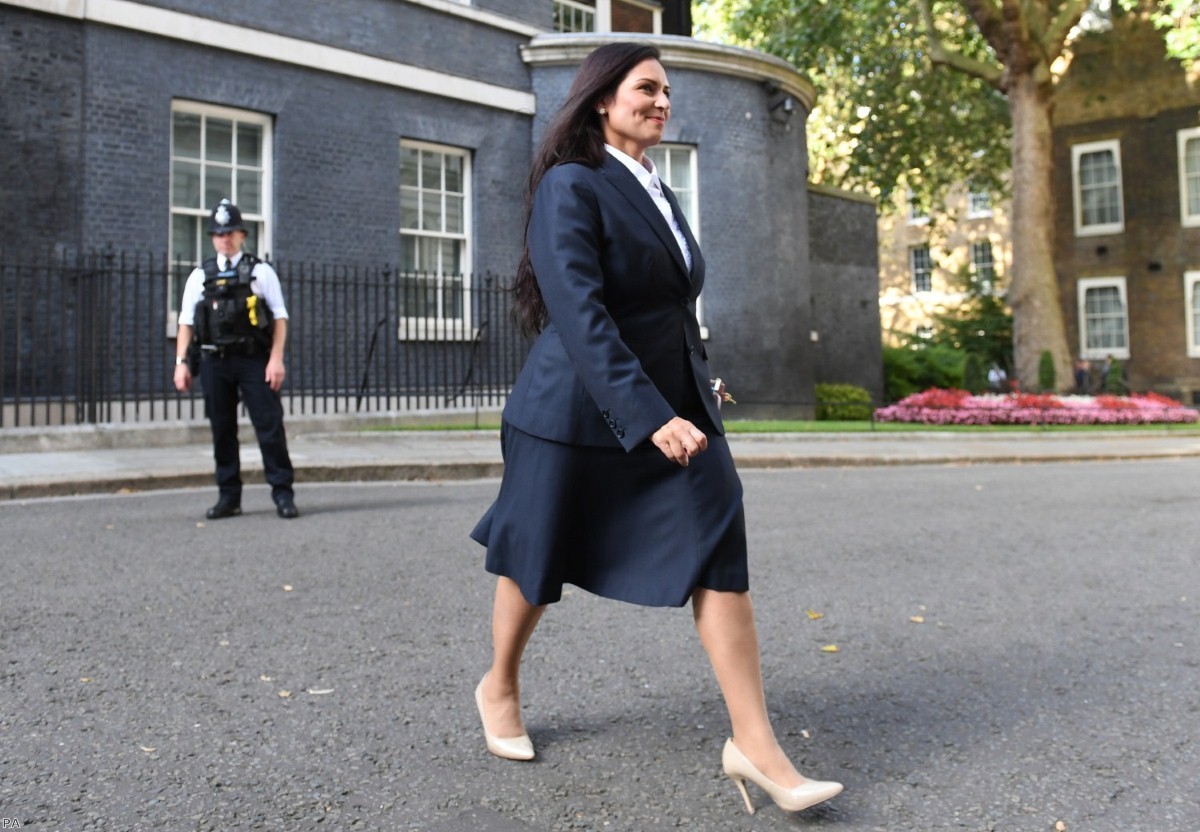 Congratulations on your appointment as home secretary. You're travelling back from Paris having met the French interior minister Christophe Castaner. I know you're concerned about the dangerous journeys being taken by people seeking to cross the Channel. Imagine how desperate you must be to make a journey knowing you might die and never reach safety.

But these crossings are only a symptom of the broken international system for responding to the needs of people forced, through no fault of their own, to flee war, violence and persecution.

Lives depend on the decisions you make. As home secretary we hope you'll focus on the whole picture. The UK asylum system currently consistently fails people who have lost everything, and are in desperate need of support, safety and a fair hearing. Compassion, fairness and justice must be the foundation for our asylum system. There are four actions you need to take – and fast.

First you need to ensure safe routes for refugees to reach the UK, so people aren't forced into perilous journeys. In Paris you had the opportunity to discuss how those in France with family members in the UK can reach them without risking their lives. But this issue is far wider.

We welcomed the government's commitment in June to extend the refugee resettlement scheme. But we've been dismayed to discover that the details are not pinned down, so local authorities cannot sign up now for new commitments. This needs to be fixed now. The Syrian resettlement programme has been a huge success, with over two hundred local authorities choosing to welcome refuges to their communities with local support. Britain is a respected global leader on resettlement. As we prepare to leave the EU, we must continue to be an outward looking nation. A clear long-term plan to which local authorities can commit now is absolutely critical.

Second, you need to fix the asylum system. It desperately needs reform. Long delays, many incorrect decisions and forcing people to live in poverty while they wait is inhumane, and makes no sense for UK taxpayers either. People looking for refuge want prompt and fair decisions. The Home Office must learn the lessons of the Windrush scandal. Fundamental changes to how our asylum system operates is a critical part of this.

Third, it's time to complete the very long-running Home Office review of the policy that bans people seeking asylum from working. It makes both economic and moral sense for people seeking asylum to be able to contribute to society whilst they wait for a decision. Public opinion is strongly behind lifting the ban. There are over 200 organisations supporting this change, from think tanks like Bright Blue and the Adam Smith Institute, to the Church of England and business bodies such as the CBI. The evidence is clear. The current rules can be readily amended. The prime minister said in July that change was coming. Act now.

Finally, you and your predecessor can enable refugees to learn English and integrate properly into life in the UK. Refugees currently face long waits to access classes and don't receive adequate hours to learn properly. The lack of childcare provision means parents are often unable to take part in classes at all. English language classes across England have suffered swingeing cuts over the past decade of almost 60%.

Your predecessor Sajid Javid recognised the value of English language for integration saying: "I would put rockets under that programme." Now he’s in the Treasury, with the Spending Review around the corner, you can both make this happen.

Refugees need a fair and effective system to enable them to find safety and access justice. Once that's been achieved, they need the chance to rebuild their lives and contribute to Britain. For all our sakes, please use your time and your power to put our asylum system back on track.