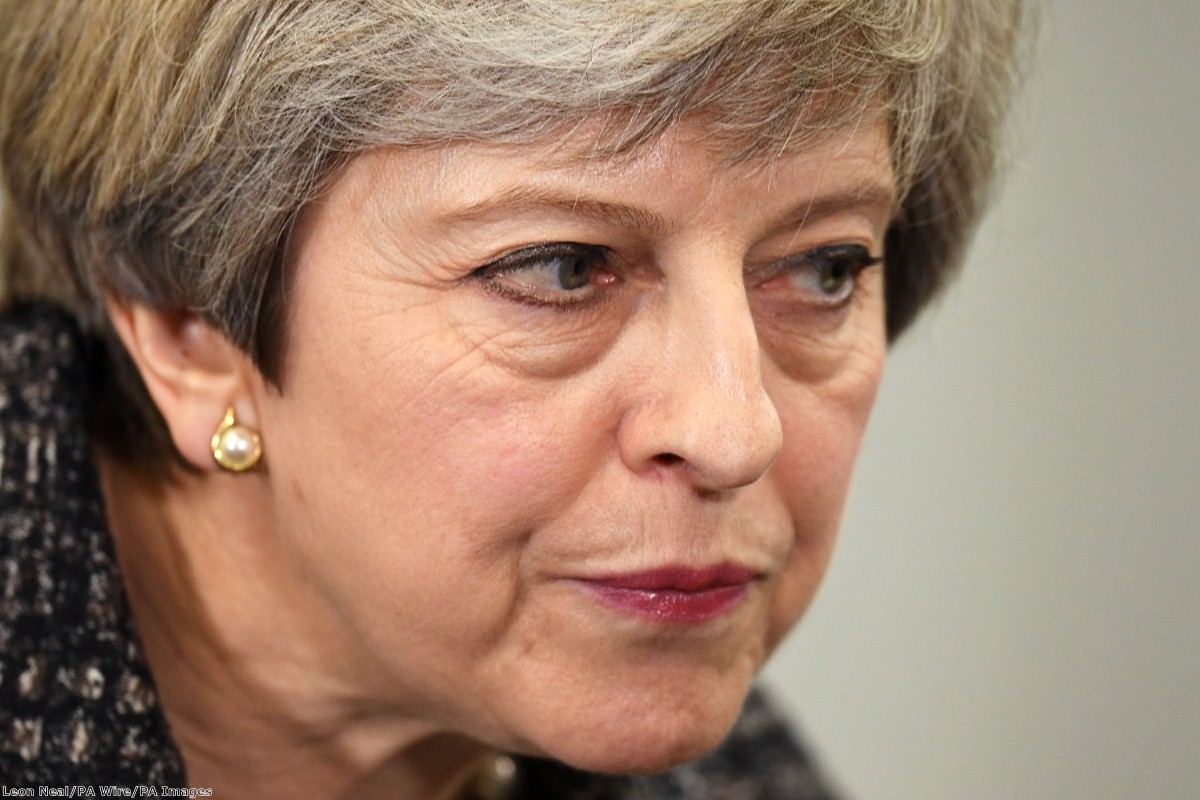 If 2016 was the year that Brexit was born, and 2017 was the year the government sent its delusions out into the world, then 2018 has been the year those dreams became slowly, predictably punctured. The EU has delivered its verdict and the truth has taken its course.

Amid a smorgasbord of humiliations, lies and defeats, my low point was the Chequers summit on July 6th. For the first time, the government committed to paper and policy just how absurd, preposterous and dishonest it really was.

Let’s remind ourselves of the context. In the immediate aftermath of the 2016 referendum, the government and civil service – which on the orders of the preternaturally responsible and humble David Cameron had done absolutely no planning for a Brexit result – had to start from scratch.

Zealous convert Theresa May promised that Brexit meant Brexit, and her moronic accomplice David Davis guaranteed that we would implement a trade deal “a nanosecond” after leaving. (Yes, really.) Just one problem: the government spent literally two years negotiating that trade deal not with the EU but with itself. By the time it finally got around to deciding what it wanted, it was not only 15 months into the 24-month Article 50 process, but much too late to determine anything meaningful before our departure.

Brexit posed two intractable problems – how to keep the Irish border open and how to leave the single market without destroying the economy. Chequers’ two solutions eschewed any acknowledgement of real-world politics and technology for a comforting adventure novel of British supremacy and science fiction.

On the Irish border, we were to collect the EU’s tariffs for them while inventing a magical way of avoiding rules-of-origin checks. For the single market, we’d take on board everything the EU had told us for two years about not cherry-picking the four freedoms while simultaneously asking to retain just the free movement of goods.

Once the document emerged, it of course imploded.

Chequers was such a defining catastrophe of post-war British statecraft that it managed to combust two sets of fantasies: those of the hardliners and those of the pragmatists. It was too much integration for the likes of Davis and too much cakeism for the EU. We simply did not have the political capital to make such demands. Chequers thus irreversibly unmasked the reality of Britain’s mediocre power. Brussels said it could not accept it, and it meant it. The summit also put to bed any lingering fantasy that Brexit might be delivered without a massive cost to either our prosperity or sovereignty or both. The government was finally exposed and has never recovered.

And so to the high point. For me – hear me out – it was May’s speech to the Conservative party conference on October 3rd. Obviously, this being a May speech, it was decked with enough lies to set fire to a pants factory, but the speech was memorable for the moment the prime minister told the truth. She said: “If we don’t [come together] – if we all go off in different directions in pursuit of our own visions of the perfect Brexit – we risk ending up with no Brexit at all.”

Almost unacknowledged at the time, that line has proven to be dynamite. Although May had no intention of doing so, she empowered and normalised an idea which had been a marginal joke for two years: that we might actually remain in the EU after all. The People’s Vote campaign had launched, amid fanfare, in April, and had been slowly gathering momentum and support. But the government had barely acknowledged its existence and May had certainly never conceded even the possibility that its aims might be realised.

In the three months since the speech, ‘no Brexit at all’ has transformed from a remote dream to solid political option. More and more MPs declare that a second referendum (with the option to remain) might prove the only way out this unprecedented national fiasco. The EU is factoring it into its planning. The Irish ambassador says, on the record, “when and if Britain leaves”. EU leaders openly welcome the chance we might change our minds. All of this would have been unthinkable this time last year.

Of course, May had a reason for mentioning ‘no Brexit’. She wanted to terrify and blackmail Brexiters into endorsing her abysmal withdrawal agreement. But she could not stop others hearing her. In legitimising the People’s Vote movement, she just enabled it. As this crisis rumbles on towards March and possibly beyond, the voices to remain in the EU are going nowhere.

In 2016, Britain subsumed itself to Brexit in a violent fusion of policy and fantasy. It effectively became Brexit. But in 2018 those entanglements were torn open. In 2019 we must finally wrench them apart and return Britain, if nowhere else, to reality.

Jonathan Lis is deputy director of the think-tank British Influence and a pro-EU political writer and commentator. You can follow him on Twitter here.