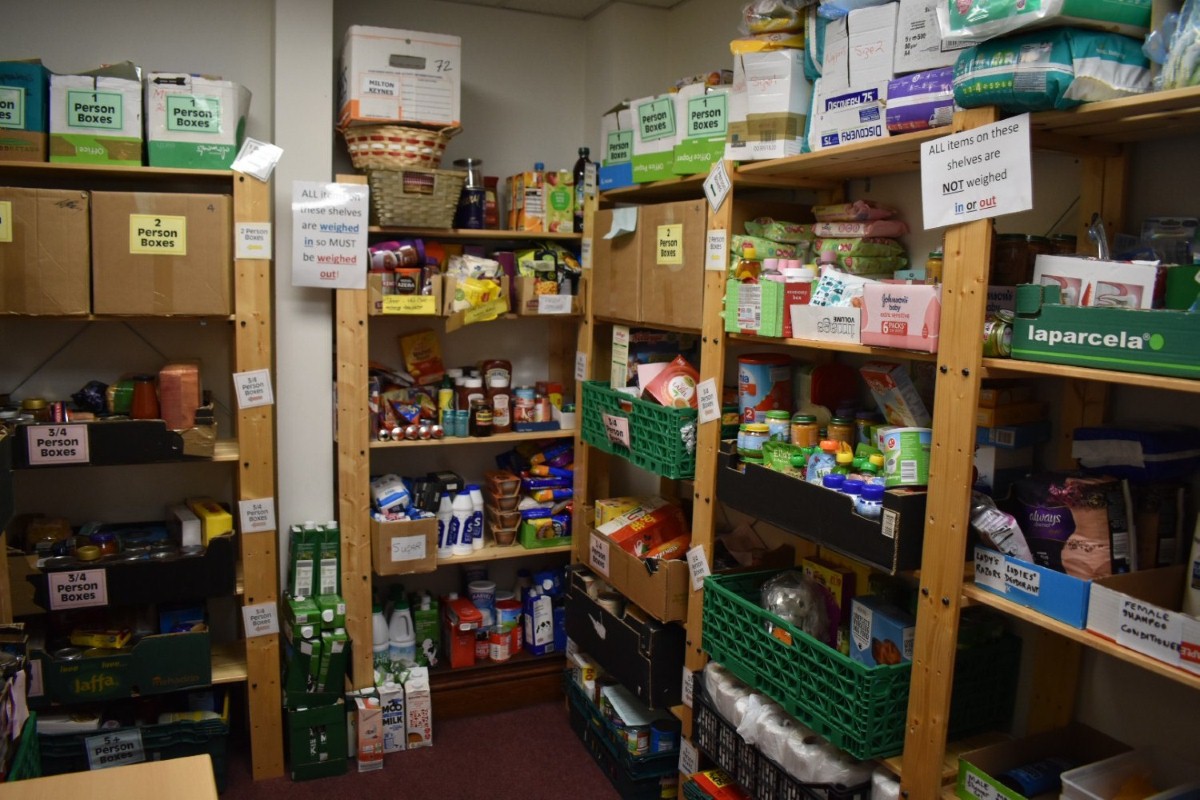 Last week the rollout of Universal Credit reached Northampton. People are nervous. They've read the reports, from other rollout areas, of chaos and a system which is fundamentally unfit for purpose. I've been reporting from Emmanuel Church, a local food bank, and watching as the local people ready themselves for what could be a devastating policy initiative.

"I'm losing sleep over it," 57-year-old Martin D'Rosario says. He has mobility problems, walks with a stick and is waiting for an operation on his back. He also suffers from depression and anxiety and is currently on employment support allowance. "I've heard all about the problems people are having, the long wait for money and the mistakes. I'm worried that I'll end up having to use the food bank."

Last week D'Rosario attended a meeting organised by local Labour candidate Sally Keeble to give people advice on what's coming, with shadow housing secretary John Healey attending. "Where Universal Credit has been introduced we've seen increased debt, more use of food banks, and bigger rent arrears," he tells the room. "It's unforgivable that so many of the problems are actually built into the system."

The change is coming at a hard time for the area. A county that was once famous for shoemaking is now better known for being the first local authority in two decades to effectively go bust. At the very time people need help and advice to navigate a complicated new benefits system, massive cuts mean that many of the organisations they could have relied on have shrunk or disappeared.

Lorraine Bewley-Tippler, who volunteers at the food bank at Emmanuel Church, says they try to signpost users to local support services but it's getting harder and harder.

"We sent somebody along to one place but when they got there they were told that the organisation had lost its funding," she says. "A lot of the emails I send out to local groups and organisations will just bounce back. I'll call them and the line is dead. Often I never find out what happened to them, I just know they are no longer there."

Most of the people at the foodbank say that a delay or problem with benefits is the reason for them being there. And this is before Universal Credit has even been rolled out.

"We've been told to expect things to get much busier in January," Jo Alderman, the food bank manager, says. "People are often short [of money] at that time of year anyway because of Christmas, now some will have to deal with Universal Credit on top of that."

The food bank has arranged for Keeble to come back in to provide training to staff and volunteers on how to support clients who are having trouble with their claims. They say they've had no official guidance provided to them from anywhere else.

"People are really anxious about it, they've just been left in the dark," Bewley-Tippler says.

In the short time I've been coming here what has struck me most is how much people value the support and listening ear of the volunteers. They seem to need this almost as much as they need the food that they've come in for. While their packages are made up, they're offered a cup of tea and given the opportunity to just chat about their situation. It's often at this point that you witness their real desperation. Last week a woman cried at the table as she waited for her bags. Another spoke about how hard it is not to be able to provide for her children.

In the coming weeks we'll find out just how bad it does get.

Natalie Bloomer is a freelance journalist. You can follow her here.