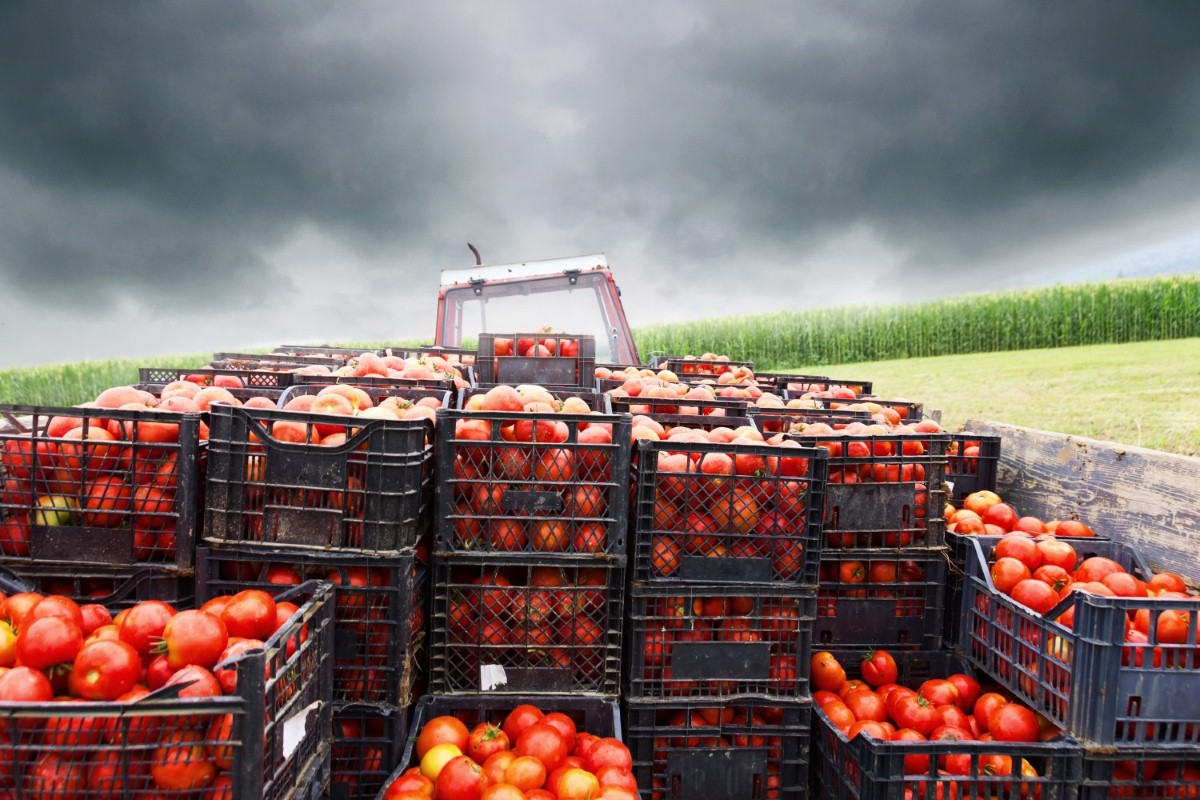 No matter what Gove says, Brexit will deal a hammer-blow to agriculture

The European Commission long ago lost its patience with the UK's calls for a "frictionless border" and "creative solutions" in the transportation of agricultural goods to the EU. Everyone in Brussels knows the truth that London dare not speak. WTO rules and tariffs will throw food production into chaos. Without the level of finely-detailed agreement that non-EU states like Switzerland or Norway negotiated years ago, trading as a third country is the commercial equivalent of travelling steerage.

The environment, food and rural affairs committee recently recommended that the government publish Brexit impact assessments on a range of agricultural areas before it releases any legislation on what the sector will look like after Brexit.

It's clear why. Wherever you look in farming, Brexit threatens to disrupt trade and devastate businesses.

Between them, dairy farmers in Northern Ireland ship 800 million litres of milk a year directly from their farms to processors across the border to the south, where a lot of it is packed for supermarket milk. This is roughly equivalent to 70 thirty-tonne tanker loads every day. For now, tankers can use any border crossing that fits in with their collection run. There are no checks. The tariff is zero.

David Davis' insistence that the UK can invent some new invisible digital border is pie-in-the-sky nonsense, but let's suppose for a moment that it works. We still have the problem of WTO Schedule 80 tariffs. For third country milk of this kind, the price will be 227 euros per tonne. Every tanker load would clock up more than 6,500 euros in customs duty. The rest, as they say, is mathematics. Overnight, the livelihoods of hundreds of Northern Irish dairy farmers would be dead in the water.

But in reality this will not be the only effect. The invisible digital border will not materialise, so there will be delays at the border. The delays will pose huge risks to commercial interests and perishable goods.

Checking paperwork is only one aspect of customs clearance. It is standard practice for specialist veterinary surgeons to certify livestock or animal products, such as meat, dairy or fish, as well as foodstuffs containing animal products, for compliance to European standards. Third country food entering the EU faces a range of food safety checks.

The UK's Animal and Plant Health Agency (APHA) has just over 1,000 such specialist vets. The British Veterinary Association warned MPs on the environment committee that many more would need to be recruited to cover post-Brexit requirements, while the Royal College of Veterinary Surgeons drew attention to the fact that the UK depends heavily on non-UK vets. Ninety-five per cent of the vets in meat hygiene in the UK are from overseas.

Regardless of what levels of checking the UK chooses to carry out on imports, European standards have been crystal clear for years and are unlikely to change anytime soon. The first rule is that all third country food or livestock imports must pass through a designated Border Inspection Post on arrival in the EU, where registered laboratory facilities exist for veterinary or food safety checks.

Setting aside the three border posts that carry out veterinary checks on passengers’ pets at Belfast International, Shannon and Dublin airports, the only other posts on the island of Ireland are on the docks at Dublin and Belfast. The Irish border, under the 1998 Belfast Agreement, cannot accommodate a single post.

MPs on the committee also took evidence from retired veterinary surgeon Neil Brooks. During  his time working for the European Commission, Brooks was the architect of the EU’s third country food import checks. He confirmed that third country exporters could expect to face sampling rates of 100% in border checks. Given that ports like Dover measure delays to goods traffic in seconds rather than minutes, port authorities are in for a culture shock.

From Dover, the only scheduled ferries to a French border inspection post go to Dunkirk. Since every lorry and its documentation will be checked, the port will not shift incoming goods traffic as rapidly as they do in Calais. We're in for a severe bottleneck.

These are the brutal realities of what leaving the single market and customs union means for agricultural goods. There's no point publishing legislation or promoting ministerial speeches until ministers have some sort of answer for how they will avoid this nightmare.

Peter Crosskey is the former commodities editor on The Grocer. He has written extensively on French food production and European food policy issues.