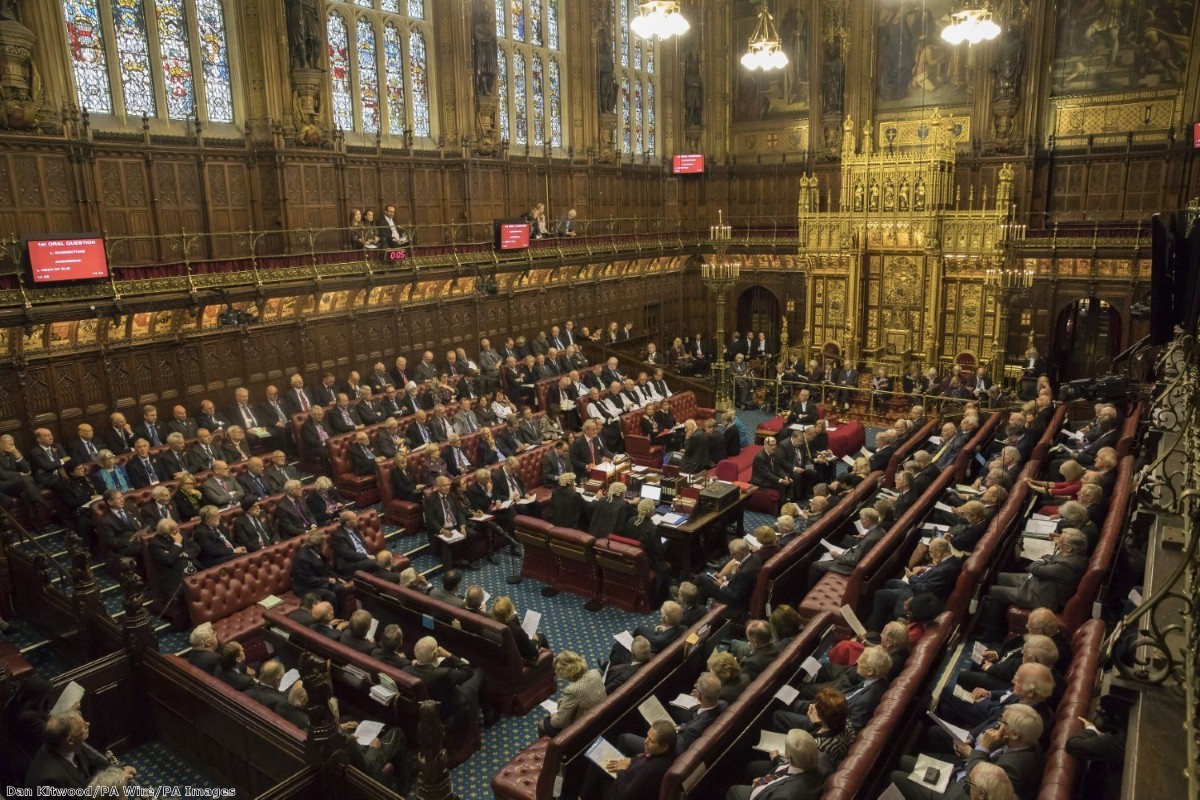 The myth of an independent Lords: How peers take the whip

It is anticipated that Theresa May will appoint up to a dozen Tory peers this month – which could be joined by a handful of Labour members and some from the DUP.

It is likely she will be motivated by a desire to bolster the chamber's Conservative ranks. Currently there are 248 Tory members from a total of 794 – meaning they are heavily outnumbered. This has resulted in recent defeats for her government, including when peers voted to give parliament a veto on the final outcome of Brexit negotiations.

Her big concern now will be ensuring she is able to get the EU withdrawal Bill through the House of Lords in the coming months.

Of course, filling the chamber with political appointees is nothing novel. Nor is wanting to ensure your legislation is passed. But it raises questions when a country's 'revising' chamber can be packed to the rafters with loyalists to overcome opposition.

The traditional defence has been that the upper chamber is, by default, more independent than the Commons, and less driven by partisan politics. With less power for the whips, the Lords can be a bastion of free-thinking – on top of the fact that many peers sit as Crossbench members who do not have a party affiliation (currently they number 182).

But recent analysis by the Electoral Reform Society (ERS) has dispelled this myth.

Of the 252 Conservative Peers who voted at least once, 78% never voted against the government last year. Only three of those Peers voted for the government under 90% of the time.

And of the 200 Labour Peers, 20% never voted with the government – and 100 voted against the government more than 90% of the time in the last session.

But what about the Crossbenchers?

Sadly, they don't soften this level of partisanship: they tend to vote less. 41% of eligible crossbench and non-affiliated peers voted fewer than ten times in 2016/17.

Among the recommendations of the recent Burns report – which appeared to have cross-party support – was that political appointments would be shared between the parties in line with the result of the previous general election.

If later this month the number of Conservative appointments does dramatically outweigh those from Labour, this would mark none other than a total rejection of the recommendations – and even minimal reform.

To put it bluntly, arguments about the House of Lords' supposed independence are rendered virtually meaningless when prime ministers can override any semblance of it through cronyism. This month's rumoured appointments appear to prove that.

Ultimately, wholescale change is needed so that appointments are no longer made for partisan reasons. If we truly want the House of Lords to be a revising chamber fit for the 21st century, both representative and accountable to British citizens, then we need a fully- and fairly- elected upper chamber – one which isn't bursting at the seams.