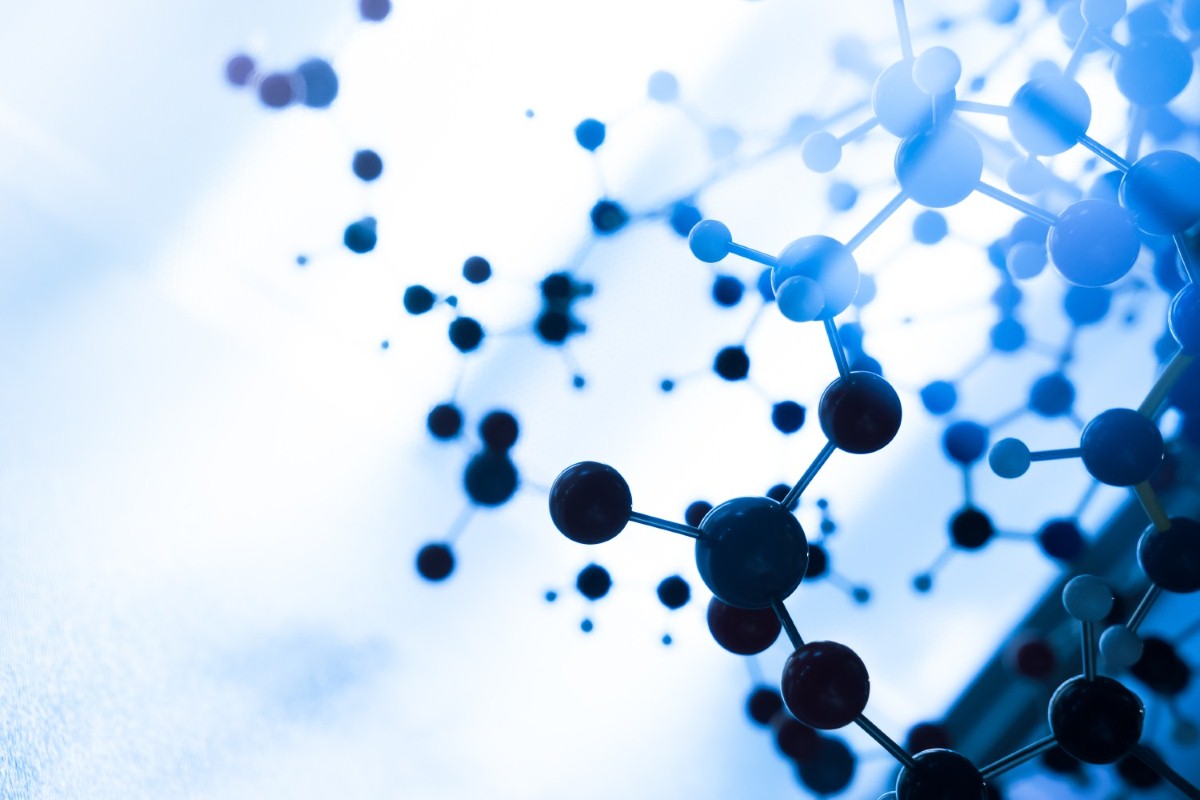 Euratom is the perfect test case for revoking Article 50

With the government in chaos and Brexit reduced to a damage-limitation exercise, the case is building for revoking our Article 50 notification. Luckily, it seems we have a test case: Euratom.

Our hapless withdrawal from this vital treaty was appended to our withdrawal from the EU as part of the Article 50 letter. No-one actively wanted to leave Euratom, but it was falsely spun as a legal necessity. Now 'Brexatom' damage looms in the form of supply disruption for radioactive materials for medical purposes and our parliament is finally considering how it might deal with it.

Some are openly calling for us to retain Euratom membership. We should. And revoking our withdrawal from Euratom will have a useful secondary function: it proves we could revoke our Article 50 notification of withdrawal from the EU.

What the hell happened with Euratom?

Euratom, or the European Atomic Energy Community (EAEC) was established in 1957 alongside the European Economic Community (EEC). It created a specialist market for nuclear power in Europe, researching and developing nuclear energy, setting regulations on nuclear material and safety, and guarding against dangerous proliferation of nuclear material. The UK joined both the EEC and EAEC in 1973. As the EEC became the EU, Euratom retained its status as a distinct legal entity, but became governed by the institutions of the EU.

The United Kingdom first announced its intention to withdraw from Euratom – bizarrely – on January 26th. It casually appeared in the explanatory notes of the Article 50 bill that "the term 'EU' includes … Euratom." This footnote was the first indication the government had given that they intended to cancel a 60-year-old international treaty in nuclear safety. The science community went into uproar. Everyone was caught off-guard.

The Lords report of April 2016 into 'EU membership and UK science' was meant to look at all the risks (and "opportunities") of Brexit. That 86-page report on the potential impact of Brexit drew on nearly 100 submissions of evidence. It makes one mention of the role of Euratom in nuclear research collaboration, but no suggestion whatsoever that the UK might leave it.

After the Brexit vote, the Commons science and technology committee also conducted an inquiry into the "implications and opportunities for science and research of leaving the EU in November 2016. That 61-page report was built from 264 submissions from the UK science community. It does not contain a single mention of Euratom.

Incidentally, that report recommended that the Department for Exiting the EU take on a chief scientific adviser “urgently” – advice that remains ignored to this day.

The UK science and nuclear communities were quick to voice their concern at the surprise move by the government. Euratom not only provided European coverage for nuclear safety, transport of medical nuclear material and nuclear research – but it was also through Euratom that we had bilateral deals with the United States, Japan, Canada, Australia, Kazakhstan, Ukraine, Uzbekistan and South Africa. It was highly dubious that this could all be rebuilt alone within two years.

Some MPs did listen. As the Article 50 bill passed through the Commons in February 2017, there were attempts at amendments. New Clause 192 called on the government to treat the process of leaving Euratom as "separate to that of leaving the European Union". It was defeated by 49 votes.

Formal notice to the EU of UK withdrawal from Euratom was provided in the Article 50 letter of March 2017. The clock is now ticking.

Did we have to leave?

Probably not. A report in May 2017 by the House of Commons business, energy and industrial strategy committee questioned the legal necessity of leaving Euratom. It noted the government's claim that the EU and Euratom were "uniquely legally joined", but disputed it. Prospect Law, for example, has argued that a "similar but separate" exit process for Euratom exists that does not need to be triggered at the same time as leaving the EU.

It all comes down to squinting at some rather ugly text in Article 106a of the Euratom Treaty:

What on earth does that mean? Is it that the Euratom treaty is governed by decisions made with regard to the EU treaties, or those bits of the EU treaties are copy-pasted into Euratom for separate use? You choose – because there has been no legal decision on it. And because no legal decision has yet forced our hand, we are looking at a political choice. The government’s business committee report concluded that in all probability, the decision was taken to leave because there was no other way to satisfy May's arbitrary red line on European Court of Justice (ECJ) jurisdiction.

They wouldn’t let it lie…

That was two months ago. All seemed to go quiet on the Western front until this week. A Telegraph article on Sunday by Rachel Reeves MP (Labour) and Ed Vaizey MP (Conservative) called for Britain to remain in Euratom despite leaving the EU. They declared:

"This is not about EU membership. Our cooperation on nuclear issues predates the EU. Whatever people were voting for last June, it certainly wasn't to junk 60 years of cooperation in this area with our friends and allies."

On Monday, George Osborne, who with impish glee relentlessly trolls the prime minister via his editorship of the Evening Standard, went with the headline: "CANCER PATIENTS IN BREXIT SCARE". Dr Nicola Strickland, president of the Royal College of Radiologists, told the Standard she was "seriously concerned" that Brexatom threatens the supply of vital imported radioactive isotopes, widely used in scans and treatment. Even Dominic Cummings – mastermind of the Vote Leave campaign and a passionate fan of science – took to Twitter to make his displeasure plain:

1/ Govt MORONS say they're withdrawing from EURATOM. Near-retarded on every dimension: policy/politics/science/bureaucratic

Meanwhile, Sky's Faisal Islam and others began counting up the Conservative MPs that retweeted or liked the Vaizey-Reeves piece on social media, making the calculation that should they vote with their Twitter hearts then some nine Tory rebels, alongside the contingent of the Labour and progressive parties, could overthrow Theresa May’s Euratom Brexit… the 'Mini Me' of Brexit proper.

To reverse the served notice on Article 106a we need three steps:

On point one, no-one has ever passionately petitioned to leave Euratom. Neither the public nor even the nuclear industry knew this was on the ballot paper. As the Commons business committee said: "We are not aware of any substantive arguments in favour of leaving Euratom made either during the referendum campaign or afterwards." Any justification for leaving presented now is simply a post-hoc construction for ulterior ideological reasons.

On point two, Vaizey and Reeves declare: "There are indications that a rethink would be welcomed with open arms by the Euratom member states." This, however, will need to be formalised by the Commission.

On point three, the battle is now on. I understand the government is trying to make alternative arrangements that would keep the UK outside ECJ jurisdiction but satisfy detractors. However, they are unlikely to achieve this in time. According to the Nuclear Institute:

"… there is insufficient time between now and the government’s proposed date for Brexit to safely make all of the essential changes to UK legislation, regulations and international agreements in place of the Euratom Treaty."

The only two realistic options involve retaining full membership or arranging associate membership. In both cases the UK would be subject to Euratom as governed by EU institutions – but there’s a key difference.

Revoke Article 106a notification and take back control

So we have a choice of either continuing membership, or arranging a new deal for the point of departure. But here’s the kicker – whether that new deal is bilateral arrangements or an 'associate membership' or whatever; it’s still a new deal that needs to be arranged. That's a problem because of Brexit sequencing. The EU will only arrange deals after we have sorted out EU citizen rights and the divorce bill. With Boris Johnson announcing that the EU can "go whistle", we do not know how long we'll be waiting to start that part of the negotiation, if at all. We are quite simply at the mercy of the EU and will suffer from the indefinite uncertainty.

Alternatively, we can take back control. By revoking Article 106a unilaterally, these problems do not hang over us until the EU makes any noise to kick us out. There is not a legal decision by any authority that impels us to leave and the EU are not demanding it. That buys us ample time. We dodge a bullet and we likely can morph our membership into an adapted deal at some later date. Probably we can shape new inputs on governance in return for fair arrangements on finances. Throughout, functioning of the UK nuclear industry remains uninterrupted.

But we need to hit the revoke 106a button to gain this breathing space.

As Chuka Umunna's parliamentary revolt over the single market showed – politics no longer breaks down party lines. Revoking Article 106a would be a clear demonstration that parliament is sovereign and power lies cross-party. Revoking Article 50 then clearly sits on the table as an option.

Donald Tusk, the European parliament, Wolfgang Shaeuble and President Macron have all openly indicated that the UK would be welcome to stay in the EU. If terms for re-entry are made clear by the EU, then it all sits in the hands of our parliament.

Article 50 revocation is a serious option, but it can wait on the public discussions that need to be had. Let us first fix the very serious error of Euratom withdrawal with a revocation of Article 106a.

Dr Mike Galsworthy is co-founder of Scientists for EU.