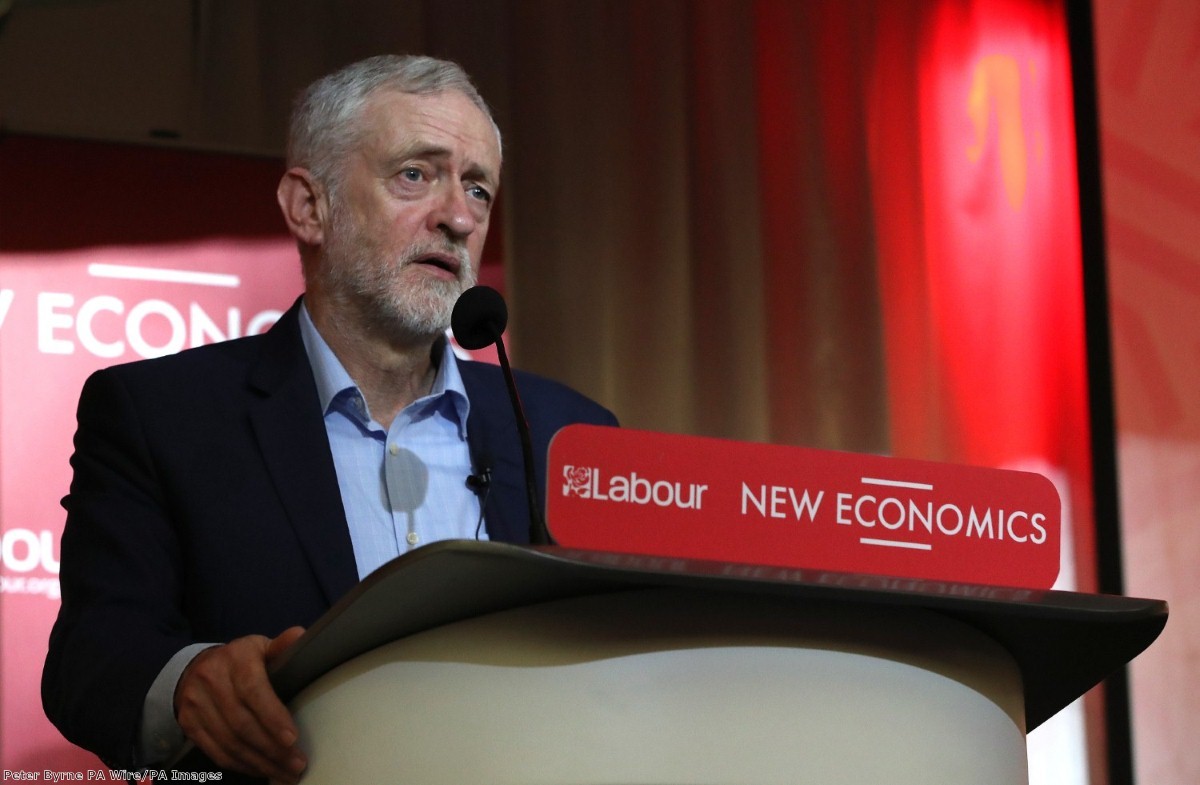 Week in Review: Whatever happened to swimming through vomit?

"I would swim through vomit to vote against this bill. And listening to some of the nauseating speeches in support of it, I might have to."

So said chief Corbynite John McDonnell in 2015, as he defied acting leader Harriet Harman and voted against the Tories' Welfare Reform Bill, which introduced a lower benefit cap.

Jeremy Corbyn was the only Labour leadership challenger to reject Harman's call to abstain on the Bill, and that contrast between him and the three abstaining candidates (including a comically triangulating Andy Burnham) did more than anything else to propel him to victory.

The benefit cap passed, of course, and has now taken effect – with 200,000 children in households that have lost out as a result. So when Labour's draft manifesto sensationally leaked on Wednesday night – finally injecting some life into this turgid nonsense of an election campaign – Corbyn and McDonnell would presumably have committed to reversing it?

In fact, the raft of coalition cuts to tax credits and housing benefit that have cumulatively caused so much hardship got nary a mention.

Nor was there any mention of the freeze in benefits – which bites hard at a time of rising food and energy costs. The draft manifesto promises to "review" the two-child limit to tax credits – source of the infamous 'rape clause' – and cuts to work allowances, but does not commit to remove them.

As Torsten Bell – former director of policy for Ed Miliband and now director of the (not especially radical) Resolution Foundation think tank – tweeted this morning of the benefits freeze and recent tax credit cuts: "Flat wages + these benefit cuts = THE problem a Labour Party should focus on above all else".

Corbyn isn't signing up to austerity, to be sure – there are dramatic spending pledges, and commitments to do away with the bedroom tax, housing benefit cuts for young people, and hated and discredited disability benefit tests.

But look elsewhere and other holes appear. The draft manifesto commits an extra £6bn a year to the NHS – but this would still leave the health service facing multi-billion pound financial black holes according to most estimates. There is more money for social care, but evident uncertainty about how exactly to fundamentally fix what is a broken system.

And shadow education secretary Angela Rayner – an ally of Corbyn – reportedly clashed with McDonnell when hammering out the final manifesto over his apparent prioritising of an £8bn commitment to abolish university tuition fees instead of committing more money to early years childcare and Sure Start centres.

This is in no sense a right-wing, pro-austerity manifesto – there are significant commitments in healthcare, schools, adult education, and major support for large-scale council housebuilding and collective bargaining. There are huge plans for investment in infrastructure and small business research and development. This is a break with triangulation, a break with the past, a break with the Conservatives and with austerity, but without 'returning to the 1970s'.

But Corbynism's fancy for costly universalism is now colliding with McDonnell's commitment to eliminating the deficit and not raising taxes on middle earners. Many of the spending plans were uncosted in the draft manifesto. There are significant holes and missed tricks where either attention hasn't been paid or money from tax hikes on the rich has been diverted elsewhere. That pool of vomit remains intact.