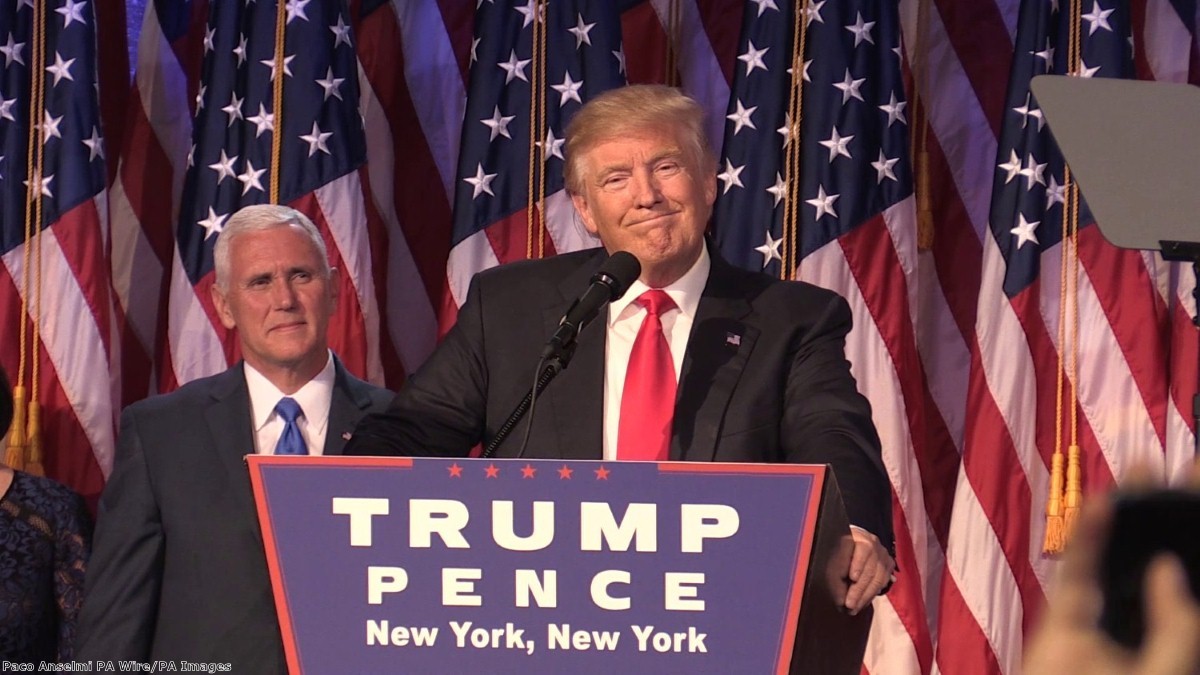 Can you call Trump voters idiots?

Trick question. The answer is 'yes you can'. By voting Trump, no matter what you have done before or since, you have shown yourself to be an idiot. Will you always be an idiot? Hopefully not. But are you now? Yes you are.

I made this point on Twitter yesterday and got the usual kick-back from Trump supporters and their fellow travellers. But there is a better class of detractor, typified yesterday by the (very good) researcher Rob Ford. His criticisms are from a much more sensible place. They're part of a broader liberal perspective, shared by many concerned figures (I'm thinking here of people like the brilliant Sunder Katwala) who want to find ways of groups across political divides talking openly and constructively together in a shared language without resorting to name calling.

They will often point out – correctly – that many Trump voters were motivated by legitimate economic grievances about the decline of manufacturing and were seeking any outlet for their anger which would give the mainstream a kicking. For want of a better term, let's call them Understanding Liberals (I imagine they'd hate the term – sorry if so).

Every Trump tweet results in people tweeting back: "Are you calling half the US voters stupid?" So to be clear: Yes I am.

Their aim is honourable and I think also comes from a commendable emotional instinct, to bring people together and not allow trenches to be built between warring sides. I think they're also wrong, both factually and strategically.

Trump voters are idiots. I'm not even talking about the racism, or the boasting about sexual assaults, or the quasi-Nazi policies, or the mockery of the disabled, or any of the moral failings of their candidate, failings so severe and so despicable no-one with a decent standard of personal behaviour would support him. I'm not even talking about the fact that anyone who voted Trump helped turn the US into a client state of Putin's Russia. I’m talking on a more basic level.

Here is a man who is not emotionally or intellectually fit to hold high office. He's not even really fit to be in public life. He lies daily, sometimes even hourly. He lies against his own interests, suggesting he lies even when there is no reason to lie. He lies as an instinct. He quite probably doesn't even know he is doing it. His skin is pathologically thin. He seems unable to handle even the slightest criticism and yet acts in a thuggish, lurid, demeaning way towards others, from inventing conspiracy theories about their parents, to abusing their wives, to standing threateningly behind them during debates. His attitude towards his own family, and especially his daughter, seems deeply unsettling.

Put aside the politics or the morality of it. Trump voters looked at this man and handed him the nuclear codes. That is idiocy. There is no other name for it. Let's not pretend there is.

People are now acting as if perhaps everything will be OK. He'll be a standard-issue Berlusconi-type leader, corrupt but ineffectual, a joke more than a threat. Perhaps they're right. I hope so. But we can't tell yet. Politics is more real than most people give it credit for. It's been so long since we in the West personally experienced a war that we sometimes act as if politics is a kind of hobby, like going to the races. It isn't. Politics can kill you. And putting a man who does not understand the issues and is motivated by highly emotional and aggressive urges into the White House puts the whole world at risk. That makes you an idiot, as an objective assessment based on our collective levels of relative personal safety as a result of your actions.

I don't believe that Understanding Liberals would really, in their heart of hearts, challenge any of this. Their point is that treating Trump voters like idiots overlooks the structural reasons they voted this way. Sure, he's a monster. But for whatever reason he was best able to harness the anger of voters over stagnant wages, dead-end jobs and a political class that never delivers. If you retreat into name-calling, he and figures like him will be able to continue picking up those votes while you wail away intolerantly in ever-smaller echo chambers.

Take the London riots. David Cameron's response was to say it was pure criminality – in other words, each individual's moral failing. The left said it was a result of poverty and alienation. You see the same with public health debates. The left wants to change the structure to protect people from junk food, alcohol and cigarettes. The right believes that's your personal responsibility.

We treat this like a binary opposition, but in reality both things are true: personal responsibility exists, but it takes place amid structural factors. This isn't brain surgery, but people consistently fail to grasp that both sides are correct.

If you're poor, you're more likely to commit crime. But not all poor people commit crime. So there is personal responsibility there. The left is right to try to alleviate structural injustice, but that does not mean that those who commit crime are off the hook. Personal morality matters too. To say anything else is to treat the poor like children, not responsible for their actions, constantly interpreted and told why they think and do what they do by the professional middle classes.

Anyone could see that Trump was unfit for office. And most people who live modest lives and hate their jobs and are frustrated with government do not support racism, or mock the disabled, or ignore sexual assault, or help the emotionally incontinent get a step closer to the nuclear codes. You are still responsible for your actions, even if your circumstances make it more likely that you’d do them.

Getting over this false binary is a really useful thing in politics quite aside from the Trump debate. It means you keep your statistical left-wing understanding of how to reduce crime or heart attacks, but you can also talk like a normal human being about people's actions and their consequences, rather than the robotic, half-awake, moral hand-wringing liberals do, as if all humanity were composed of little units to be given the right inputs so they will play nicely together.

All the left achieves by protecting Trump voters from offence is retreat further into the quivering academic language which has already seen it lose touch with the public across the West. They think this helps, but actually it makes things worse. It suggests that it's OK to vote for Trump. It's OK to vote for this proto-Nazi, this vicious nightmare of a candidate, this intellectual catastrophe, this monstrous expression of the moral principles of reality TV. He is making a mockery of the US and he is making a mockery of the very concept of democracy.

We need to stand up against this, hard, every day, or else we treat it as tolerable. And if it's tolerable, it is normal. Now is the time for firm stands. Anything else will encourage exactly that which we need to stop.