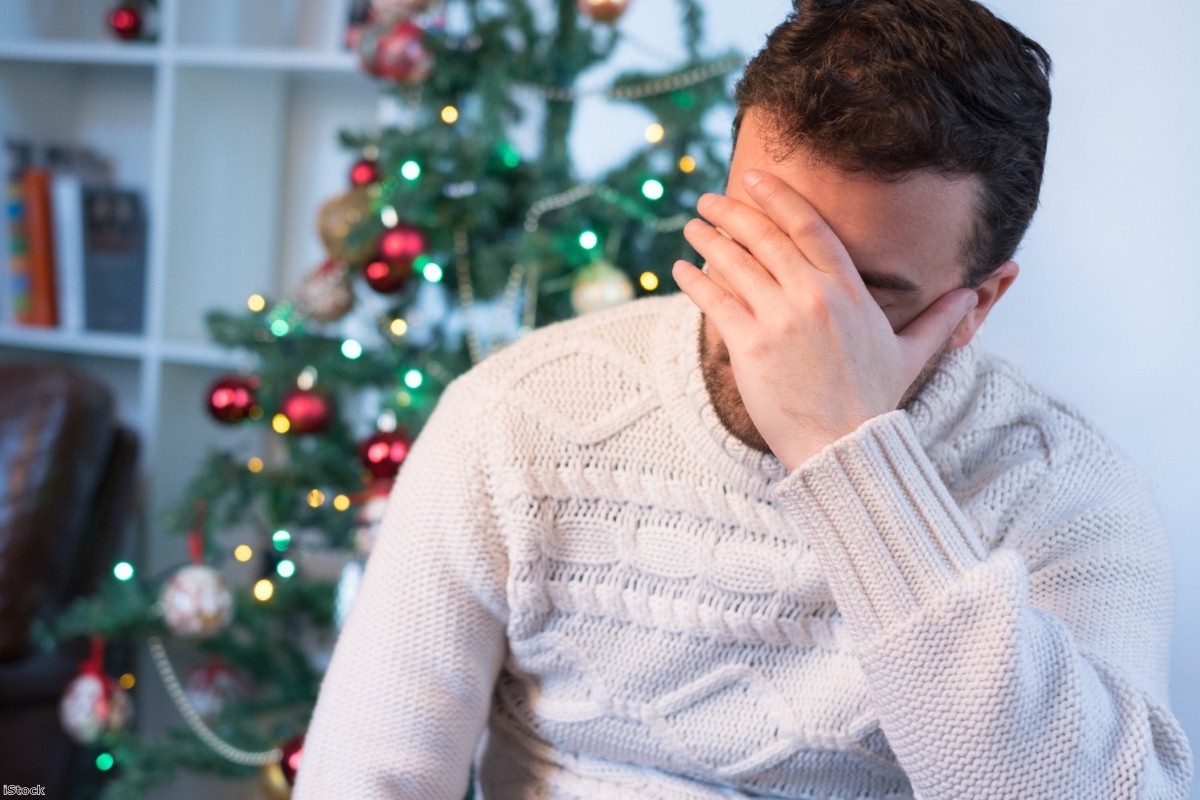 There's never a good time for somebody to be sanctioned by the Jobcentre, but when it happens at Christmas, it's particularly brutal. This is something prominent Twitter user 'I'm a JSA claimant' knows only too well.

In December 2014, he had his benefits stopped for four weeks. During the first fortnight, his electricity ran out. The food in his freezer was ruined. He couldn't afford to put credit on his phone, so he began to feel isolated. It wasn't long before he'd used up all the food in his cupboards. He was getting by on little more than the free fruit provided by a local work programme centre, which he attended daily to look for jobs. But over the Christmas period, the centre was closed, so he went without.

"Christmas Day that year was the worst day of my life," he says. "It's something I still think about all the time. Whenever I hit a difficult patch I go right back to that day."

Before being made redundant, he had been an academic working at a university in London. When he lost his job, he could no longer afford to rent a property in the capital so he returned to his home town and picked up some agency work to tide him over. But it wasn't regular and his savings soon dried up. He was left with no alternative but to claim Job Seekers Allowance (JSA).

The message from the Department for Work and Pensions (DWP) is that sanctions are needed to stop people abusing the system but 'I'm a JSA Claimant' says that his money was stopped after missing an appointment because he was on a training course. A course, he says, another member of staff at the jobcentre told him he should go on.

"Before then I hadn't even heard of sanctions," he says. "I thought they were something given to countries, not people."

The sanction triggered an incredibly difficult time for him. Shortly after Christmas, he attempted to commit suicide and spent two days in hospital. He still receives counselling two years later.

A recent report from the National Audit Office (NAO) found that sanctions can lead to hunger and depression. Research by the University of Oxford released in October this year found there was a strong link between the increased use of sanctions and higher foodbank use.

When Rich Turner finished a temporary job last month, he made a new claim for universal credit. He was told he would receive £317 on the 13th December, but when he checked his account there was only £145. He says he was later told that he had been sanctioned because the last payment he received from his former employer "fell within the assessment period". He still doesn't really understand why his money was slashed. His last wage was paid on the 11th November, he didn't receive the first universal credit payment until a month later.

"I was furious," he says. "I had been assured, online and by letter, that I was going to get the full amount and had made plans for Christmas on that basis."

"To suddenly have less than half that to survive on for four weeks means I'm now dependent on my family to help out. But I hate asking."

The SNP MP Hannah Bardell says that during a recent visit to a DWP Centre she was made aware that arrangements to not sanction people over Christmas had ended.

"I was told that staff had been going home in tears after having to sanction claimants over the festive period," she says.

"My SNP colleagues and I have challenged the DWP and the sanctions regime at every turn, yet they don't seem to have even a shred of compassion, not even at this time of year.

Earlier this month, Bardell wrote to to the work and pensions secretary Damian Green, to express her concerns and ask if the DWP will be taking action to ensure nobody goes without food over Christmas. She says she is yet to receive a formal response but vows to continue to challenge a "pernicious sanctions regime".

The DWP says that sanctions are used as a last resort and only given out in a small minority of cases.

"The number of sanctions has fallen substantially in the last year," a DWP spokesperson says.

"We've done a huge amount of work to make the system as fair as possible, such as the introduction of mandatory reconsiderations and trialling an early warning system in Scotland."