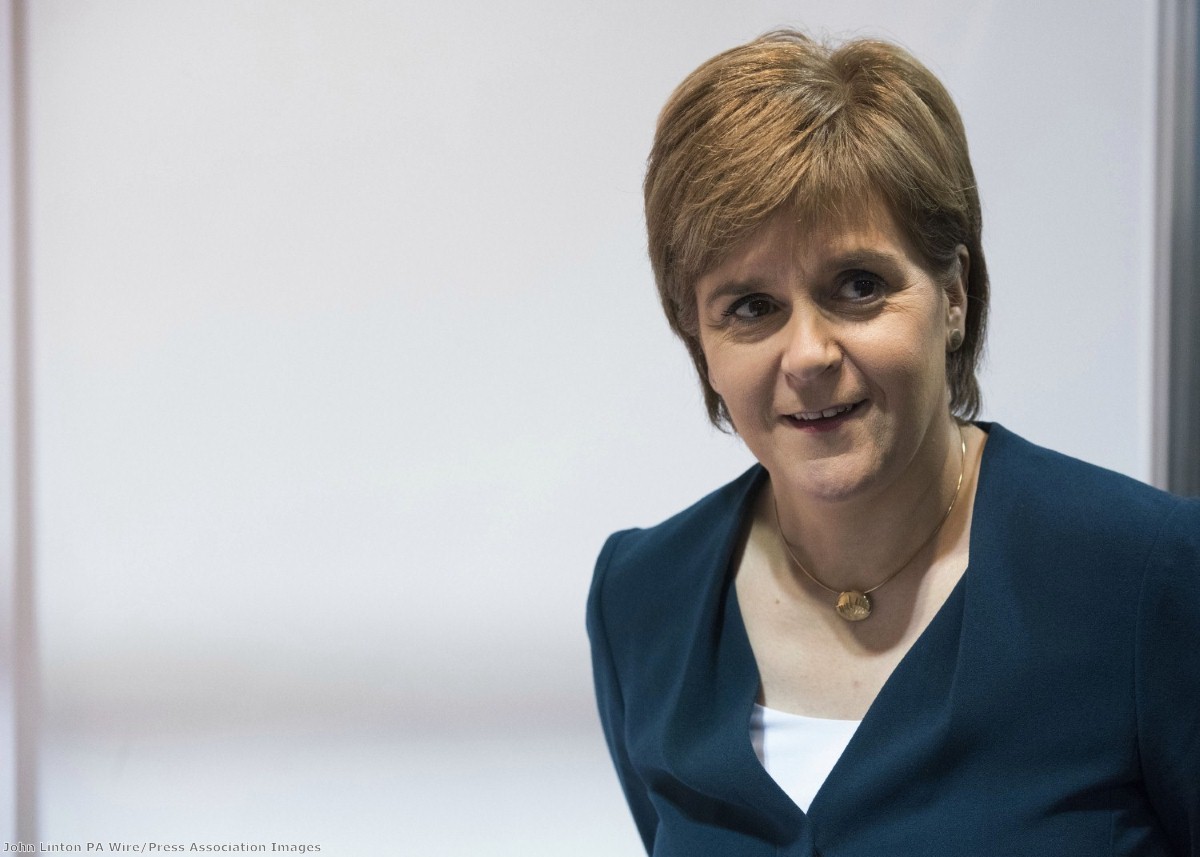 Nicola Sturgeon is starting a fight she will struggle to win

But that world is one largely of the SNP leader's own making. Since the Brexit result she's repeatedly described a second independence referendum as "highly likely", which has not unreasonably created the expectation that another plebiscite is, well, highly likely. Thus every few weeks Ms Sturgeon has to both manage expectations while also giving the troops enough to keep morale up.

This constitutional balancing act has pros as well as cons, not least the fact it distracts attention from what the Scottish government's proposition would actually be should another referendum be held. In her speech the first minister included the usual line about not taking for granted how anyone would vote. "It will be a new debate," she added, "not a rerun of 2014."

Missed @NicolaSturgeon's opening address to #SNP16? Catch up on all the key moments in under 4 minutes. pic.twitter.com/j9OzTkLcYm

The trouble is, in everything the SNP says on this front it doesn't look much like they've moved on from the quixotic prospectus set out in the 2013 White Paper. Indeed, Ms Sturgeon undermined her own point by saying she and her party stood for "a fairer, wealthier, outward looking, progressive Scotland", which sounds like almost exactly the same message that failed to win the day three years ago.

Similarly, an attempt by John Swinney, the dry-as-dust education secretary, to rebut recent internal criticism that the Scottish government lacks a radical edge amounted to little more than claiming the SNP sat "firmly astride Scotland's social democratic centre", while elsewhere he said the currency proposition won't "necessarily" have to be any different from that offered up in 2014, a so-called "currency union".

What all this betrays is a party struggling to break out of Salmond-era narratives about independence being all things to all men while having no economic downsides. One would think that after June's Brexit vote the salience of fantasy-fuelled political prospectuses might be on the wane, but the trouble is that if the SNP concedes that independence might make Scotland worse off, then its related pitch about fostering "social justice" becomes much harder to sell.

Ms Sturgeon recently appointed a "Growth Commission" to try to sort all this out, and an interim report is due by Christmas. Meanwhile the SNP will hide behind clever rhetorical framing that makes everything appear as a straight-forward "choice" between "Brexit Britain" and a fluffier, kinder "internationalist Scotland".

However, the reality is that choosing when to strike is the easy bit. Coming up with a compelling independence offer to the electorate will be considerably harder.