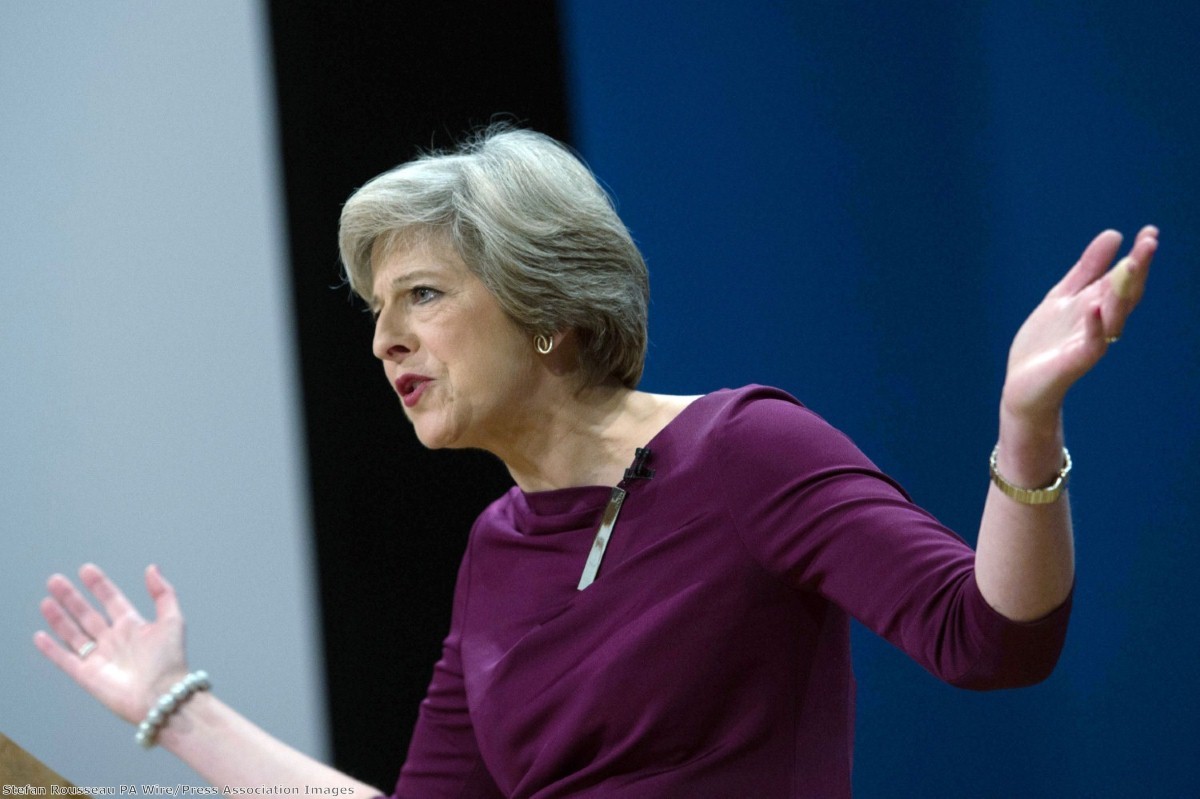 Liberal Leavers and Remainers must unite against hard Brexit

The illiberal tone from the Conservative party conference was as clear as could be. 'Naming and shaming' firms that hire too many foreign workers, drastically curtailing the numbers of foreign students and demonising migrants for allegedly taking jobs, ruining public services, and pushing down wages.

American politicians used to argue about 'who lost China’, after Communists took power in most of that country. In Britain, as government immigration policies have become more restrictive since the referendum debate, opponents of these polices are arguing over 'who lost liberalism'.

To some liberals on the Leave side of the EU referendum debate, the answer is clear: the Remainers lost it. Those rotten Remainers wrongly said that the Leave debate was all about immigration, whereas the Leavers only wanted free trade, sovereignty and less regulation. Now the government has gone and listened to the Remainers, and plans strict immigration controls, to the dismay of all those cosmopolitan Leavers.

You see this argument trotted out repeatedly by many prominent Leavers, such as the economist Peter Lilico and the MEP Dan Hannan. But I'll respond specifically to the version of the argument by Spectator editor Fraser Nelson. He states that all Conservative Leavers wanted "more" immigration – specifically mentioning Michael Gove. They "did not repeat" the "unachievable pledge" to reduce net migration to negligible levels. It's Remainers who want resident EU citizens to be bargaining chips; and it's “mainly Brexiteers who find this repugnant".

Frankly, this is the political equivalent of gaslighting. Even leaving aside the UKIP-led branch of the 'Leave' campaign, with its ‘Breaking Point’ poster, the main Tory-led Leave campaign often mentioned immigration too: a prime example being the threat of Turkey joining the EU imminently without immigration controls. The daft net migration pledge was indeed discussed, and in particular, Gove, who was the chair of the official Leave campaign, specifically vowed to aim to meet it.

And is it "mainly Brexiteers" who find the 'bargaining chip' strategy "repugnant"? To be fair, many of them do dislike this strategy (Liam Fox, unsurprisingly, being a dishonourable exception). But so do most Remainers – not only prominent politicians like Nicola Sturgeon and Andy Burnham, but many thousands of ordinary Remainers expressing their disgust for the policy on social media and elsewhere.

Furthermore, Fraser Nelson should know that this claim is unfounded on a personal level.  For he is on a British Future inquiry with me that will soon produce recommendations on precisely how to guarantee the rights of EU citizens in the UK.

Most Remainers and liberal Leavers can probably agree not only on protecting resident EU citizens, but also on a more liberal immigration policy and closer trade links with the EU than the government presently seems keen on. So how did we lose that argument, in the months following the referendum? First of all, probably each side could have followed a wiser political strategy: Remainers spent their energies arguing for the unlikely Second Coming of the EU referendum, while liberal Leavers spent much of their time arguing with Remainers. We should have been able to quickly agree to argue strongly that although immigration was an issue in the campaign, the combined strength of Remain and liberal Leave votes meant that it should not be interpreted as a mandate for huge cuts in immigration.

But also, it's a simple question of personality. Theresa May was not suddenly converted into a crackdown on immigration because of her analysis of the referendum results. Rather, this is all a continuation of her long-held illiberal views, which were evident throughout her time as home secretary. Remember the dodgy deportations of students? The rules that divided many families? Catgate? And many, many more.

Her views are shared by her chief of staff, Nick Timothy, who previously developed the policy of eviscerating the majority of British universities by restricting their foreign student intake, which the Home Secretary announced last week. It's not 'Remainers' in general who want a strict immigration policy: it's the particular Remainers in cabinet, plus some Labour MPs like Rachel Reeves who worry about losing their heartland vote.

The best way to combat illiberal government policy is not to blame the Remainers for it: most of us loathe such policies, and Remainers as a group are hardly in charge of the political agenda anyway. Instead, all liberals, on whichever side of the EU referendum divide, should unite to challenge such policies as effectively as possible, without pointless bickering as to who was to blame for past setbacks. Fraser Nelson's articles are read and considered seriously by Conservative politicians. He should not squander his opportunity to make the case for a rational and fair immigration policy to his readership.