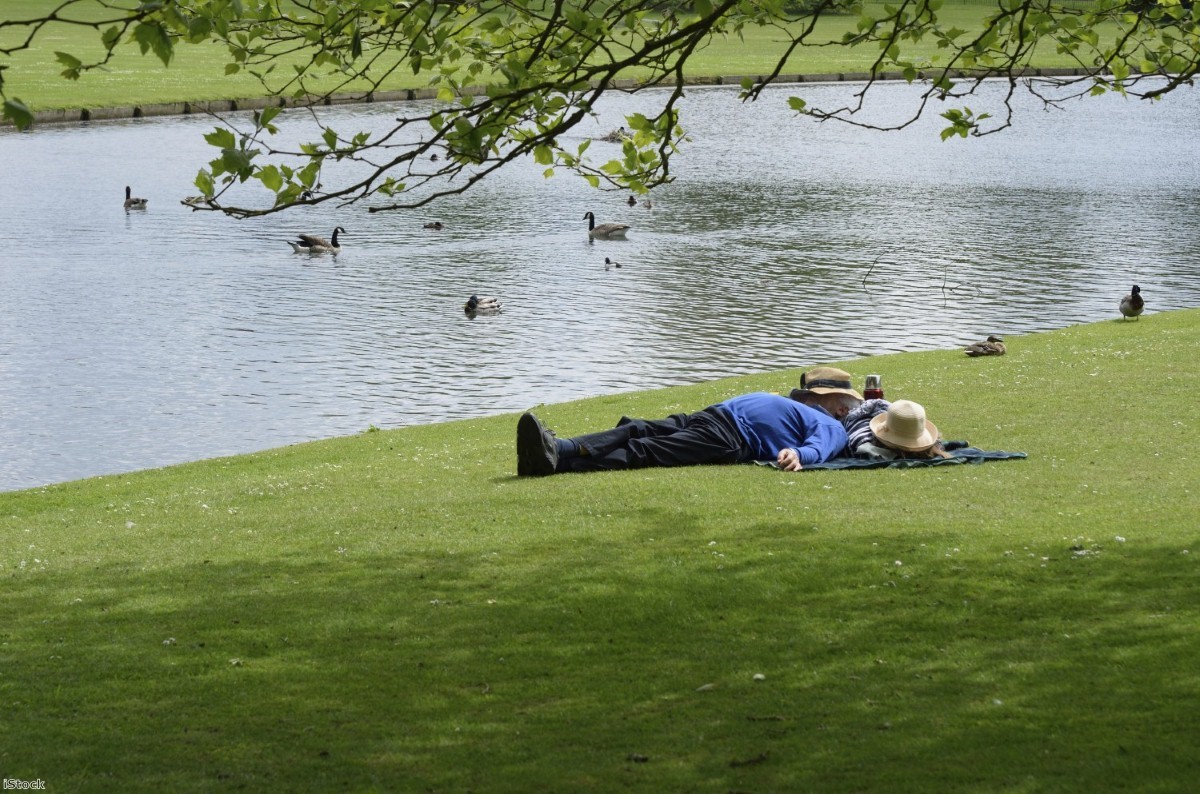 The council which banned sleeping

Something strange is happening in Gravesend town centre.

Fancy a lie-down in Woodlands Park during one of these balmy summer afternoons? Think again – it's now a crime to lie down. Tired driver thinking of pulling over for a nap in your car? Better just to plough on – it could land you in court.

Unless you're "homeless or a vulnerable adult", you are banned from sleeping in any of the town's open spaces – as well as in any vehicle, caravan or tent.

And why this sudden war on recumbence and repose? Because Gravesham Borough Council has declared it so.

Behold the genius of the Public Spaces Protection Order (PSPO) – the little-known tool of choice for councils looking to sweep pretty much any inconvenience from their streets.
Defy this new rule and you face an on-the-spot £100 fine. Don't pay, and despite the fact these PSPOs are just rules decided on by local authorities rather than debated and voted on in parliament, you're in line for a court appearance and a hefty £1,000 penalty. PSPOs may not form a formal part of the criminal law of the land, but you'll have to tell that to the judge.

When they were created by 2014's Anti-Social Behaviour, Crime and Policing Act, Liberty warned these powers were far too broad and vaguely-worded – letting local authorities ban absolutely anything they deem to have a "detrimental effect" on people in the area, with no need for external oversight. They were, in short, ripe for misuse and abuse – with the vulnerable and voiceless likely to suffer most.

Sadly we were right, and all over the country, with increasing regularity, previously innocent activities are effectively becoming criminal acts overnight.

Many PSPOs are laughable in their imprecision or heavy-handedness. The final draft of an Order in Ferndown, East Dorset – covering what the council itself calls a "playing area of open space set aside in perpetuity for sport and recreation" – bans cycling, skateboarding, model aircraft, "annoyingly" flying kites and excessive noise.

The Forest of Dean Council is consulting on proposals to criminalise anyone who dare let their sheep enter the village of Bream – prohibiting centuries-old sheep-grazing practices. Meanwhile, Lancaster and Bassetlaw went with a straightforward ban on anything that causes "annoyance".

But some are more chilling, some downright discriminatory – and many capable of having a profound negative effect on people's lives, with no regard for fundamental rights to freedom of speech and assembly.

Kettering Borough Council has slapped a curfew on under-18s, who must now be home by 11pm or risk receiving fines or a criminal record. Bassetlaw District Council has banned under-16s from gathering in groups of three or more if they’re "causing annoyance", unless a responsible adult is present. The council has defined neither "annoyance" nor "responsible" – so it's impossible to know whether you're at risk of offending or not.

Normal childhood experiences – hanging out with friends and staying up late – are now illegal up and down the country. This is despite the near-certainty that children won't have £100 in their pockets or a grand in the bank to pay the fines they could be subject to.

The London Borough of Hillingdon has gone several steps further by criminalising the gathering of just two people – regardless of age – unless they're waiting for the bus. This means it is now an offence in Hillingdon to meet up with anyone, whether you're causing annoyance or not.

Salford City Council hit headlines earlier this year by banning "foul and abusive language" right round the corner from Old Trafford. Kettering has since followed suit with "swearing or shouting".

Neither council has defined what counts as foul language or swearing – perhaps they'd break the law by telling us? As such, this curtailment of freedom of speech comes with the added bonus that it's impossible to tell whether you're breaking the law or not.

But the most malicious byproduct of the PSPO epidemic has been the targeting of the homeless and destitute. Sleeping in public is a criminal offence in certain areas of Shepway, while Rushcliffe Borough Council is currently consulting residents on the same ban. It's a crime to spend the night in a vehicle or temporary structure in Worthing, and it's similarly illegal to spend the night in the park in Wrexham.

Cherwell District Council is currently consulting the people of Banbury on an Order which will ban rough sleeping despite Thames Valley police only receiving six reports of people sleeping on the streets between July 2014 and February 2016.

And last year Newport City Council attempted to place a blanket ban on begging and rough sleeping in time for the opening of a new retail development – ironically built on the site of the city's famous Chartist mural.

The authority scrapped the plans after Liberty raised concerns the plans were dangerous, disproportionate and could have breached the Human Rights Act. We've helped to force similar concessions or dilutions in Birmingham, Oxford and Chester.

Banning rough sleeping on grounds that it is having a "detrimental effect" on the lives of others is naïve at best, if not cruel. PSPOs are blunt instruments – they can only punish. They make no provision for helping or supporting those in need. Slapping some of the most vulnerable in society with fines they can't possibly afford simply fast-tracks them into the criminal justice system and traps them in a spiral of debt.

Under pressure, Gravesham Council added the "homeless or vulnerable adult" exemption to their Gravesend PSPO – but this caveat simply raises more questions. Who will assess if someone is homeless or whether any available accommodation is actually suitable for them?

Liberty has been challenging PSPOs wherever we can, with some success – but as long as the power to issue them exists, people all over Britain will continue to suffer this creeping incursion on their civil liberties. Almost imperceptibly, people are waking up all over the UK to find their local streets are just that little bit less free.

The PSPO experiment has proven as disastrous as we predicted – and it's high time for these draconian powers to go.

To bring about change we need to make as much noise as possible about their impact. This weekend the Manifesto Club is coordinating protests in PSPO hotspots. You can join them in their current plans, or let them know about your own.

Rosie Brighouse is the Legal Officer for Liberty