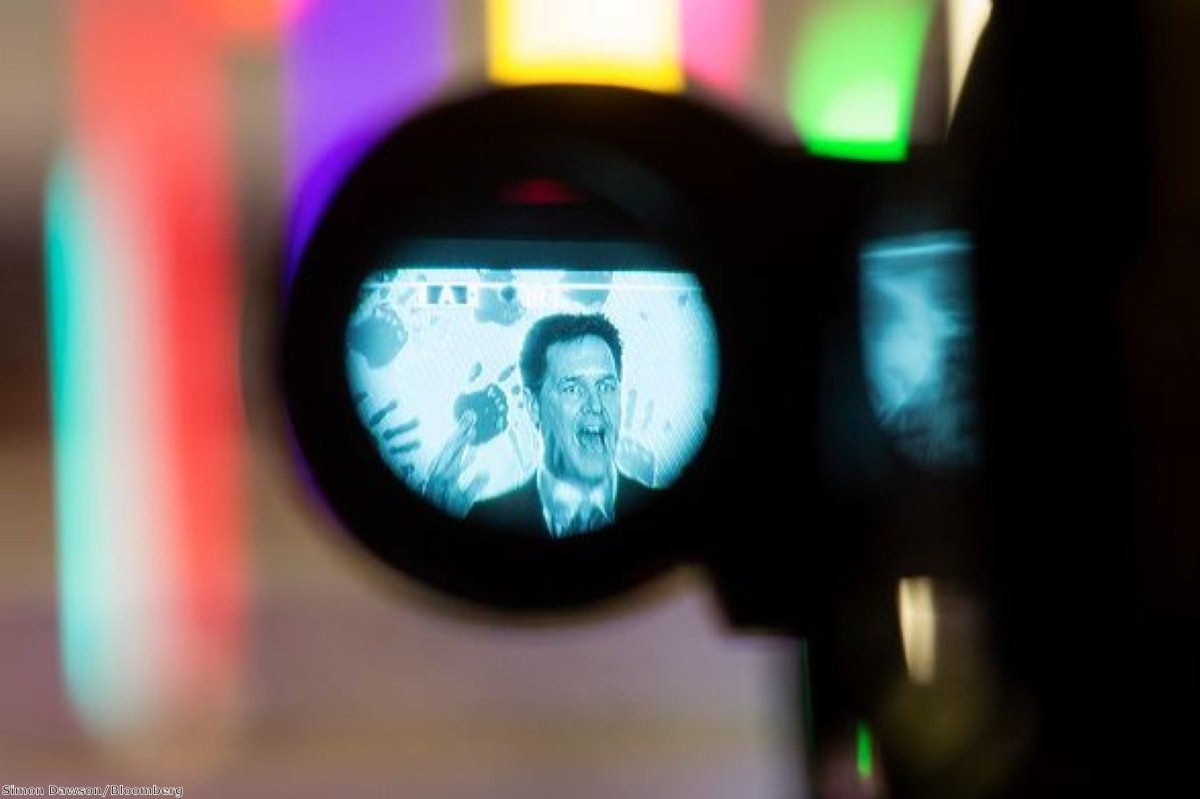 Comment: Our media are to blame for our boring leaders

The media are making it impossible for politicians in this general election campaign. Our leaders are rushing towards mediocrity – and it's as much the journalists' fault as the men and women they're reporting on.

Our party leaders are not, by and large, a very impressive bunch. They are participating in a rush to mediocrity born of fear of journalists operating in today's 24-hour news culture. Social media only makes it worse by creating a mob mentality. And because news is now merged with entertainment, the gaffe becomes golden.

Parties have tried to combat this by imposing extremely tight controls on what those speaking on their behalf are allowed to say. It's only added to the problem, though, because people are very good at detecting pre-prepared statements.

Think of that sinking feeling when you realise the call centre guy who's called you up is reading from a script. Viewers feel the same instinctive alienation with politicians. Voters hearing pre-prepared statements ask themselves: 'What do you really mean?' Nigel Farage does so well precisely because he doesn't trigger this reaction – it's obvious he's shooting from the hip. He has less caution than the others and, while he might find himself in trouble every so often as a result, ends up a net winner.

Where does that leave the important stories? They often end up being buried because they're more complex. The news might be on air for 24 hours but these days the soundbite culture is king.

It wasn't always this way. Before Tony Blair a leader would do a party political broadcast and go out and deliver a podium speech. Nowadays the whole process is reduced down to a heavily market-tested slogan.

As New Labour has taught us, they work very well. Now they're everywhere. Strategists from all parties recognise their importance because they ensure that crucial central message can be communicated to voters.

The political classes understand that people won't meet Ed Miliband or David Cameron between now and the election. So the only avenue for communication is on the TV and radio. In a half-hour news bulletin, there'll only be time for a brief clip of the leader talking about something. They have to make sure that whatever they say resonates. So they dramatically restrict what they're prepared to talk about to ensure their message comes across.

And that raises the stakes. Anything which will distract journalists has to be ruthlessly avoided because the media loves embarrassment. Who wouldn't? If you're in the business of getting bums on seats – another way of saying buying papers or boosting ratings – a bit of scandal and gossip is just the thing. It's the basic economics of Adam Smith all over again – and that is dangerous. There's a real possibility that Sky, responding to these pressures, is going to incrementally shift towards a libertarian lite version of Fox News because they know the model works.

Already politicians saying something off-the-cuff risk handing journalists a 'gotcha' moment. It doesn't matter that the innocent view they're expressing may feel authentic. Dare to stray from the message even slightly and journalists, who are now even more sensitive to any deviation from the norm, will pounce. The day's big story can suddenly become one of the politician's making, but not their will.

So how do politicians respond? They become desperate to avoid any kind of slip-up. They are incredibly wary of expressing any form of passion, because passion is risky. It means you might actually get noticed.

It doesn't have to be like this. All the media want is a juicy headline, because most people would rather read something scandalous than wade through policy. So the way to engage them is to come up with human stories rather than ones about motorway planning. The governing parties should focus on tone and be sunnier and more optimistic about the direction the country is heading in. Ed Miliband must show he's relaxed, likeable, even charming. That is the kind of shift that can actually change the tone of the campaign.

Journalists need to take a good look at themselves and hold politicians to account, rather than simply talk about their wonky smile. It matters whether someone has the right type of personality to lead the country – because if we don't take the prime minister seriously, Vladimir Putin and co certainly won't.

But at the same time we should ask ourselves whether the culture we're immersed in is allowing frivolous headlines to run for days and pushing anything actually important off the news.

The 'news as entertainment' excuse won't wash. It's like saying we give people burgers and junk food because that's what they want, even though they know it's not good for them. We're a couple of chromosomes away from being apes as it is – surely we have to take the debate to a more sophisticated level.